From MikeP - A Beautiful Mind In A Terrible Place (5 Points) 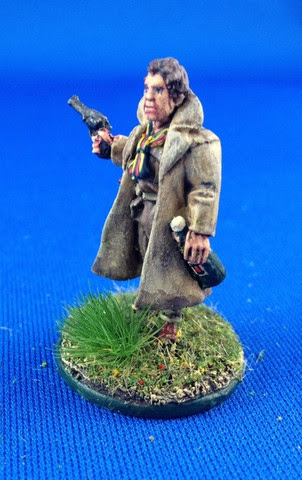 Here's an entry that might fall under this year's theme of villains and antiheroes.  Or maybe not?  The sculpt is from Artizan, and I painted him while doing my Commando section.  On the Artizan website he's listed as "Captain Withnail" and is part of a pack called "Cadd's Commandos", which makes him sound pretty antiheroic. 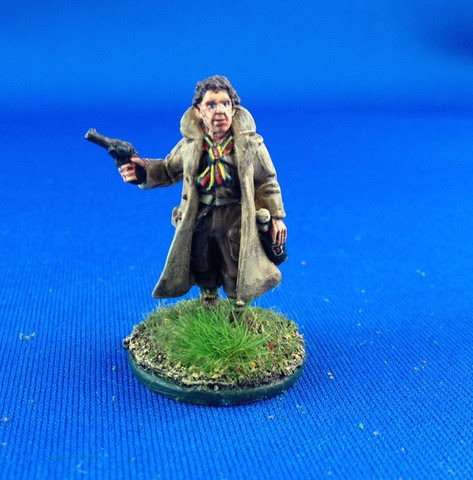 I love the fact that the Artizan figures all seem to be characters in a story.   You see that here in the details of the sculpt - the bottle of uncorked champagne, the longer than regulation hair and the lack of any headdress, the revolver which with the bottle suggests instability and menace, and the non-regulation scarf.  I've painted him in standard British battledress and in an officer's British Warm greatcoat, based on the colouring of the 1950s era one I inherited. 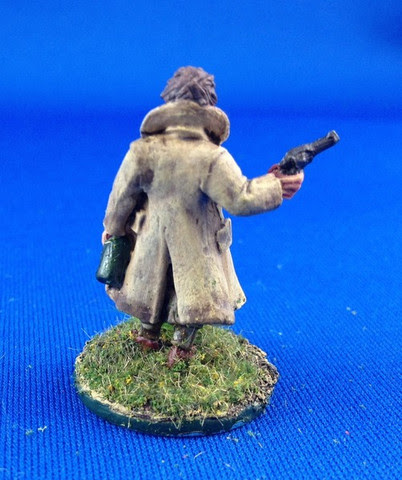 Who is he?  What's he up to?   Care to guess? If you want to visit my blog in a day or so I'll put up some fluff to explain what he's doing in my Weird War Two "S Commando" force. For now, the only clue I'll give you is the title of this post, "A Beautiful Mind in a Terrible Place", and the fact that the non-regulation scarf he's wearing is painted in the colours of Trinity College, Cambridge.

I think this fellow gets me 5 points, for a total of 60 to mark my debut day on the scoreboard.

Blessings to your brushes, fellow Challengers!

Thanks so much for looking. MP

From Curt:Another wonderful figure from the Artizan range and you've done such a great job with him Mike. I particularly like the scarf in the college colours (nice touch) and the bottle of champagne (check out this interesting series of articles on the history of champagne during the Occupation). I'm sure many are eager to find out the mysterious past of this unconventional fellow...