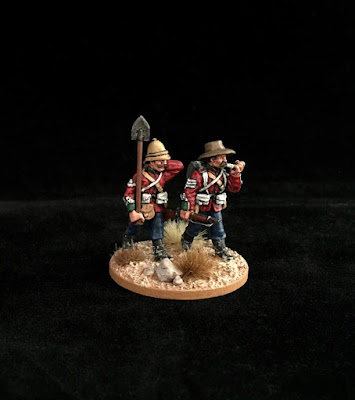 The last Tribute is for Dave Docherty who was our prized Wednesday Minion and our peerless Sultan of the Sudan. Dave has been a huge supporter of the Challenge, having been in the scrum since its second incarnation (the year of the Vikings, I believe), so I was delighted to have him assisting me with the circus. He's a great trooper, that Mr. D.


Originally I was going to do-up one figure, the fellow here leading with the pipe - but while I was preparing the figure an idea came along which made me modify my plan and have a bit more fun with the composition.

As many of you know, this year Dave created a funny story-line featuring himself, Millsy and, the friend of every infantryman, a shovel. In Dave's story the imperious 'Major Docherty' harangues a hapless 'Corporal Millsy', who's only expertise it seems to be in the digging of latrines.  As I was working on Dave's 'tribute', it dawned on me that it might be fun to embellish and expand on his story of the doughty Docherty, the maniacal Millsy and the Shovel of Doom. So I converted another figure to accompany the first and wrote a brief flight of fancy, a un conte, which mixes a Moorcock-esque premise with a dash of Black Adder magic-realism.

'Remind me again, Sergeant Millsy, why do I have to lug around this bloody shovel?' 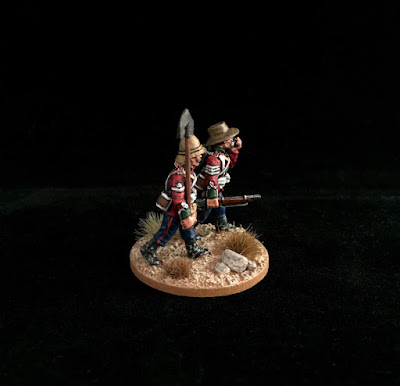 'Well, first I outrank you this time, and, if you'll remember dear heart, it was I who had to use that thing instead of a proper lance in our last outing, when we were in The Valley. Do you remember? I had a hell of a time whacking away at those Frenchies with that blasted thing. Granted, it does have a wicked edge on it and - '

'They were Russians, Millsy, you addled git. We were friends with the French that time, fighting the nasty Russians. Mind you, even Raglan, that ancient one-armed antique, couldn't keep it straight.' 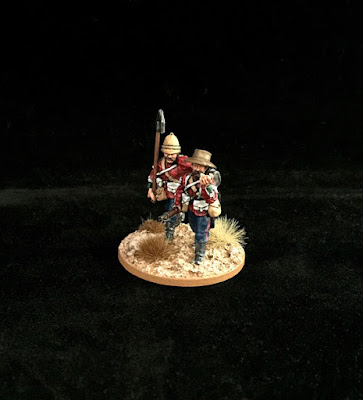 'Oh, yes I remember now. You know, after that scrap in that frightful Belgian farmyard I can never get my head wrapped around the idea of the Frogs being on our side... Anyway, no matter, it's your bloody turn Corporal Docherty. You know the rules - one stripe, one shovel, one battle.'

'Right. You're quite right... So, where are we off to this time Sergeant Millsy? It's blasted hot and what in God's name is that infernal racket? It's giving me a headache. It sounds like a bloody train is about to take station over that ridge. 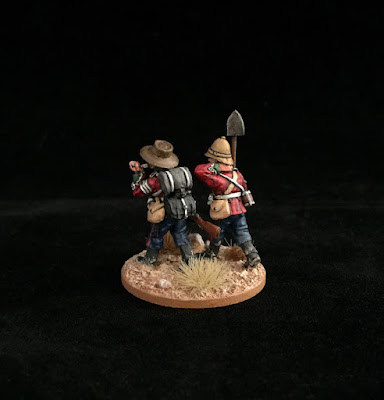 'I don't know what the sound is, but I can tell you that we're marching to fall in with the lads of the 24th. The poor sods have that idiot Chelmsford bossing them about so they need all the help they can get. They're all near that hill over yonder. Damn, what's it called again? It's a odd, foreign-sounding name... Ah yes, I remember, Isandwana. 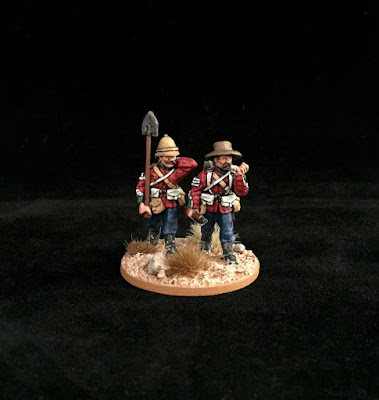 Thank you very much for all your help Dave. I hope you like this little vignette and thanks for indulging me for my little departure on your original story. :)  Here's to seeing you at Partizan this year! 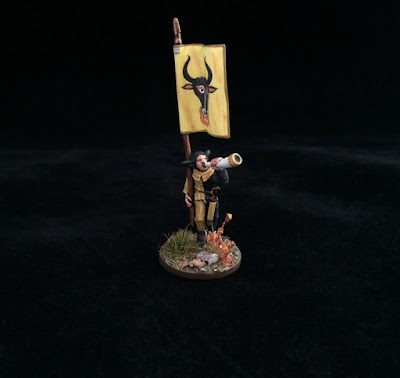 This Tribute is for my good friend Peter, our very entertaining and hard working Monday Minion.


Peter is a die-hard regular in our local gaming group. He's an Easterner, a stats prof and a bit of a loon, but I quite like him.  Both of us share a keen interest in the pike and shotte period, with our most recent diversion being the Italian Wars. To help fuel the furnace of industry, Peter and I had a spirited 'Renaissance Men' duel over this past Challenge where we managed to get a load of units completed for future tabletop mayhem. So in light of all this, I've decided to present as my tribute to Peter this figure representing a Swiss standard bearer from the canton of Uri. 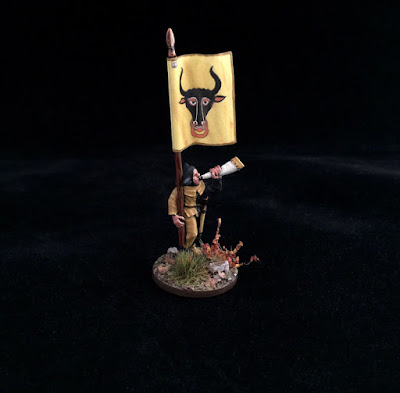 This is a 28mm model from Wargames Foundry's venerable Renaissance Swiss range. The model was originally armed with a partizan, but I extended the staff, and added a Uribanner and a fancy finial to top it off.

Much of the literature of the Uri Swiss have their ensigns wearing these whacky yellow-and-black bull getups. The uniform makes me laugh as it reminds me of the pajamas 'Max' wears in Maurice Sendak's 'Where the Wild Things Are'.  :) 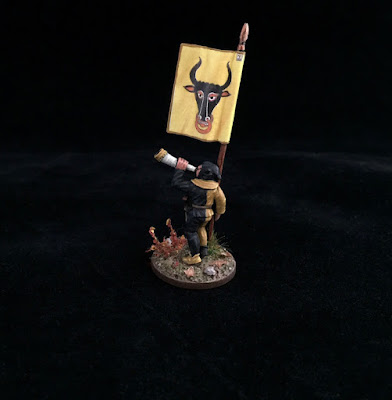 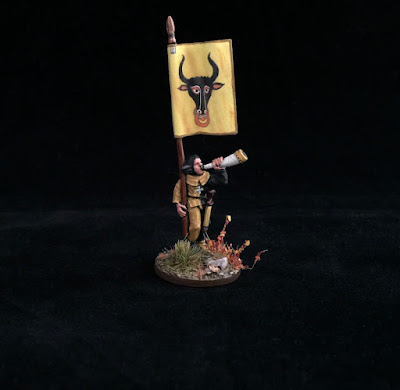 Whoops! ...and here's Max with the iconic Swiss white cross on his chest (I noticed its absence after the first batch of photos, so I'm glad I caught it.)


Thank you very much for all your help during the Challenge Peter. I think I can speak for all of us in saying that you and your Monday mob always started of our work-weeks with a smile. I hope this chap finds a good home amongst the ranks of your troops.


Administrative Note: I'll be posting up my final tribute figures today (this one for Peter and Dave's) and then I'll move onto announcing the Challenge awards/prizes later this evening. Thanks!