The 'Monstrous' Theme is Now Up! (and Curt's 'Monstrous Wulfen') 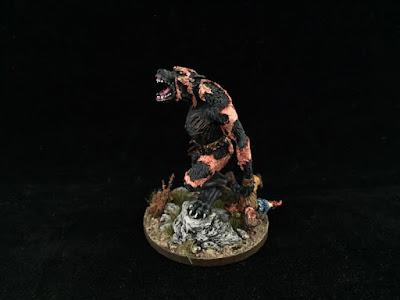 The fifth and final Theme Round of Challenge VIII is now up for your viewing pleasure!

This fortnight's theme is 'Monstrous' and we have 35 folks who've submitted entries for your viewing enjoyment. There are many entries in this round that are quite spectacular, so I'm looking forward to reading the reactions of the visitors to the gallery.

Please click here, or on the 'Bonus Theme' link in the navigation bar above to take you to see the efforts of the participants. Again, once you're there, please use the links on the right sidebar to navigate through the entries. As I've mentioned before, there is a bug in Blogger in how it displays multiple entries over several pages on a single day, so use the links in the sidebar so you are sure to see all the entries. 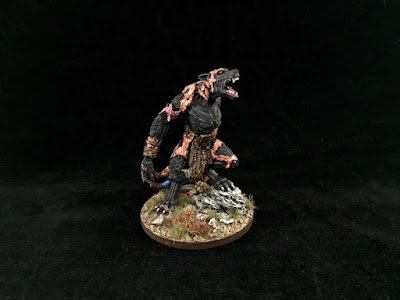 I had a two or three entries on the go for this round, but decided to run in with this lupine fellow as he reminds me of a time when I thought the scariest monster by far was the werewolf.

I was born and raised in northern Saskatchewan, which is pretty much as rustic and remote as it can get here in North America. My hometown was the last bit of civilization before you headed off into the Laurentian Plateau and the sub arctic beyond - literally on the edge of nowhere. One autumn, when I was 9 or 10 and staying out at my grandparents farm, a pack of timberwolves came hunting into our area. During the week we could see them at night in the farmyard, and I have to say, they were pretty magnificent creatures - scary as hell, but magnificent all the same. Anyway for those few days that they were around, my grandfather, shotgun in hand, would meet me at the end of the road where the school bus let me off and then walk me back to the farm. As a young boy you can imagine how that impressed me. 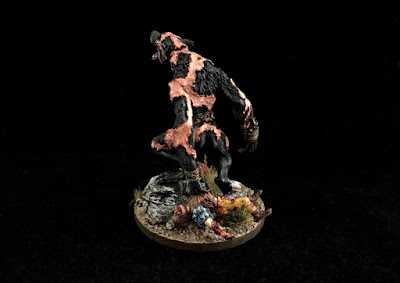 Later, when I was a teenager, the movies 'American Werewolf in London', 'Wolfen' and 'The Howling' were all released in 1981 and while they scared the absolute bejeezus out of us, my friends and I absolutely LOVED them.  We would often stay up late at night and tell our own scary stories of werewolves and work ourselves up into a terrified frenzy. It was great fun.

Anyway, when I first saw this figure I knew I had to have it as it reminded me so much of those carefree teenage days where primary concerns were avoiding being ridiculed by girls, the next scheduled D&D game and scaring yourself witless watching monster movies.

It's a Forge World resin model, which I believe was released for a special GW event back in 2012. PaulS entered a wonderful rendition of this figure as part of the 'Myth' theme round during Challenge V, and after expressing extreme covetous of the model he kindly sourced me with another that he had acquired (thanks so much again Paul!). 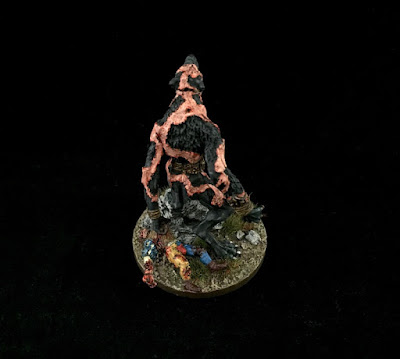 I shaved off most of the silly GW Chaos iconography and painted him as a black timberwolf. The gore effect on the poor Reiselaufer, who's being toted around as lunch-on-the-hoof, is a triad recipe from a Citadel ink set that I've had since 1987 - back in the heady days when GW used containers that actually sealed... 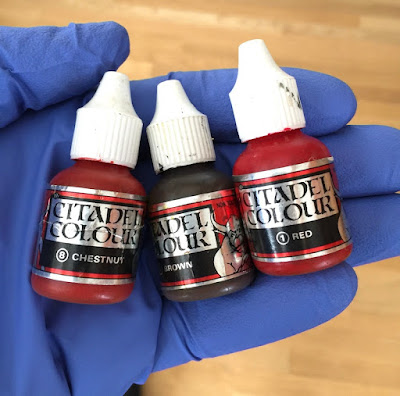 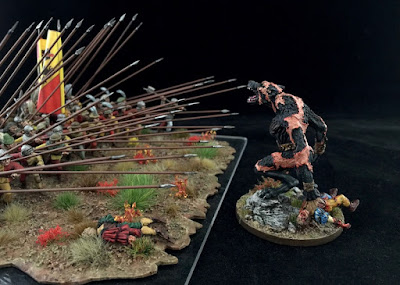 
Now, I invite you again to visit the theme gallery and enjoy the wonderful entries for 'Monstrous' and remember to vote for your favourite submissions (voting closes next Saturday at 11:45pm).

Have a great week everyone!
Posted by Curt at 2:22 pm 16 comments