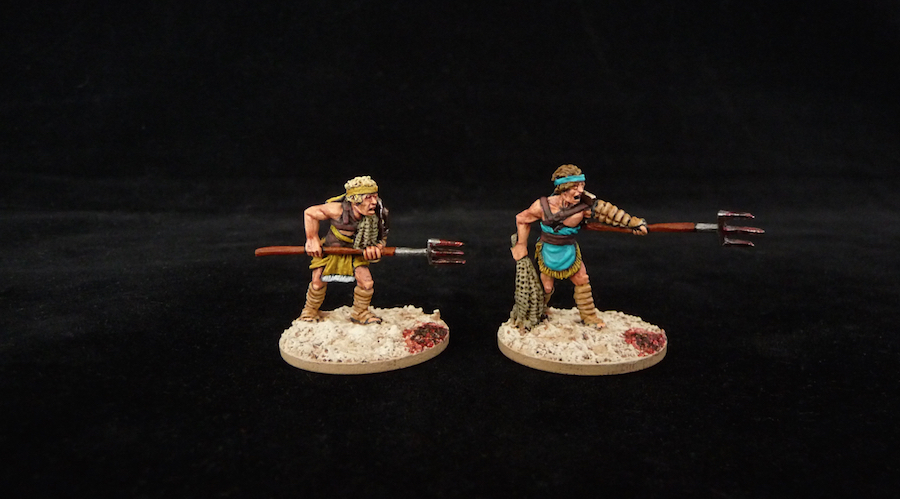 My second entry this week (woo!) is a couple more gladiators to add to my existing Ludus.  This time it is two Retiarii ('net-men') which were gladiators whose fighting style focused on the use of the trident and throwing net.  From historical evidence it seems these fellows were often set against two Secutors ('chasers'), with the Retiarius placed on an elevated platform, sometimes over water, and the Secutorii set to assault him.  Sounds like pretty harrowing stuff - it would seem that gladiators didn't have a very good Workplace Health & Safety policy... 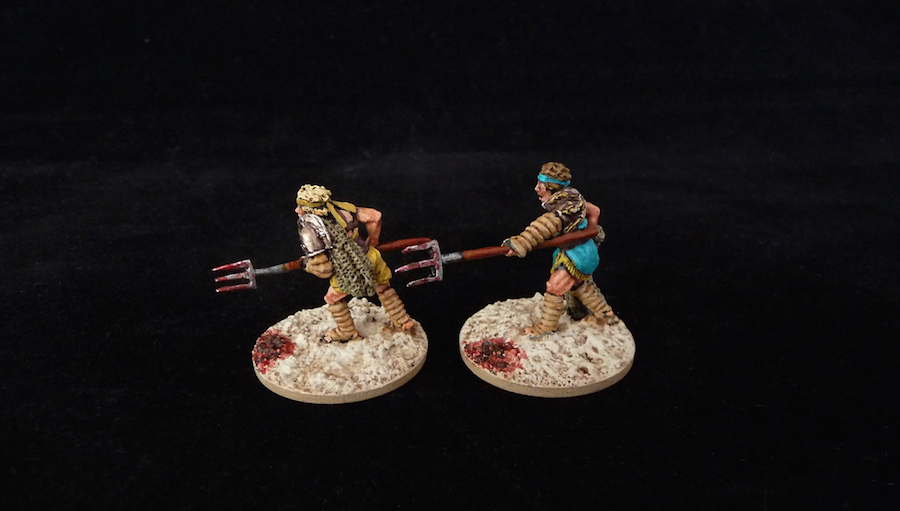 These two 28mm figures are from Brigade Games (It would seem that I'm on a bit of a tear with Brigade's stuff lately). Great sculpts and very easy to work with. Similar to my previous gladiators, I’ve done the groundwork with a gratuitous amount of gore so it better blends with the ‘Spartacus’ game-board. 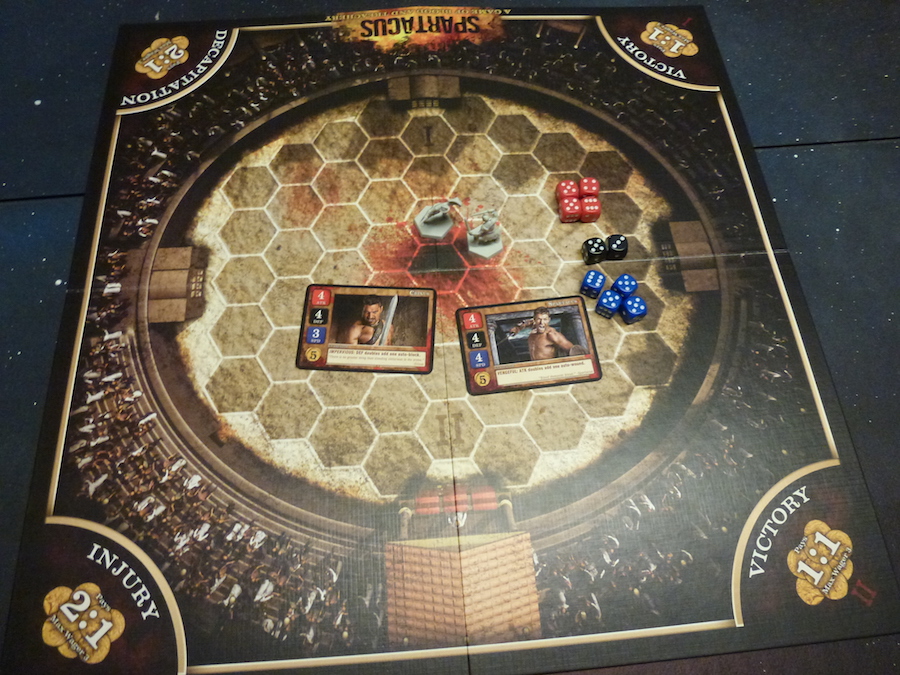 The last shot is of the Ludus as it stands now, with all seven gladiators arrayed for combat. 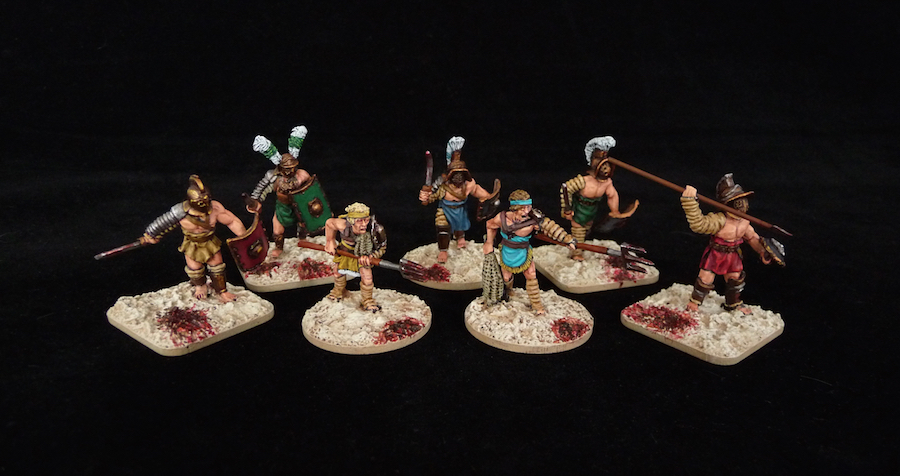