One of the aims I had for this challenge was to paint up a load of terrain, mainly for my Italian wars, so this is the first post to reflect that.

First up is the Italeri/Warlord plastic church a nice chunky piece originally marketed as a 20mm model by Italeri it's now sold as being for 28mm figures by warlord, you can see the side doors are small but overall it does a job and works for me for the period,I like the tower and the tiled roof. It was bought in warlords pre Christmas sale and given to me by my daughter who also helped build it, it's funny she was quite happy to help build the model but was mortified people would know she enjoyed watching lord of the rings while we did it!

It's also a pretty good match for the church in Kelly's Heroes which as it was shot in what is now Croatia makes sense. 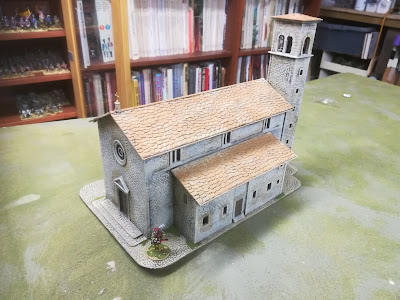 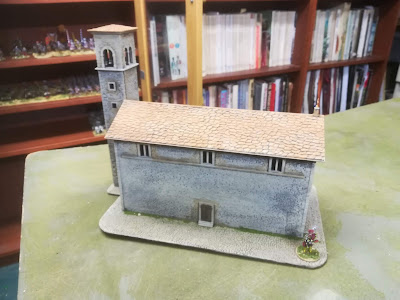 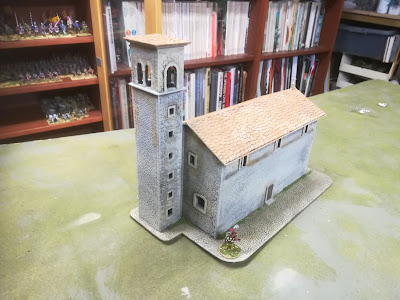 Next up is a tower I'm intending to use as the Castello Mirabello at the battle of Pavia, flying French flags before it's stormed by Imperial troops. 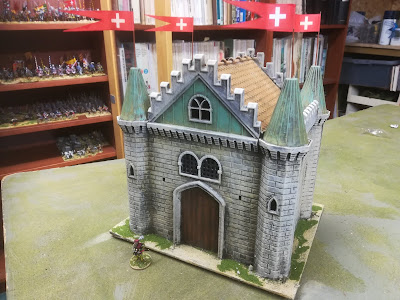 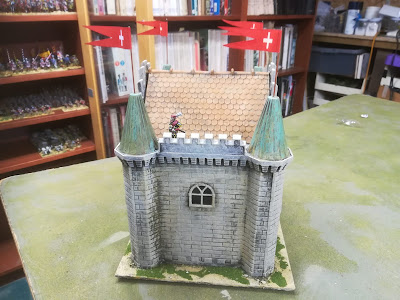 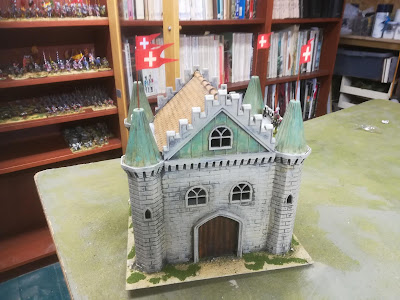 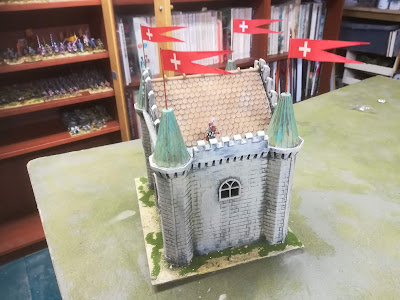 The Bradford City landsknecht officer is for scale, it's a toy castle that I have lightly tarted up, Im rather happy at the way the roof has come out and the verdigris on the towers, it's more for 54mm figures.

Next is field fortifications which are essential in the Italian wars for the Spanish to hide behind when fighting the French! 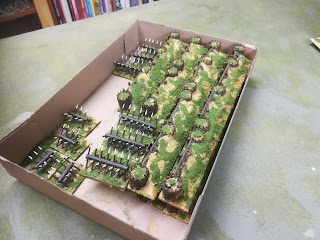 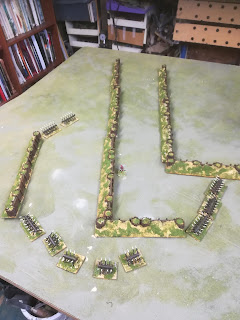 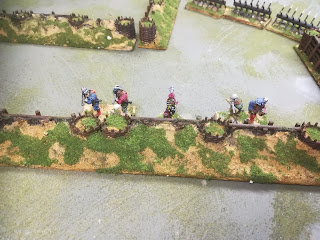 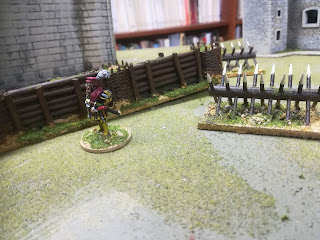 The earthworks are made from rendra gambions (as are the cheveux de fris) bamboo skewers, cardboard and tile adhesive, following the instructions on Olicannalads blog. 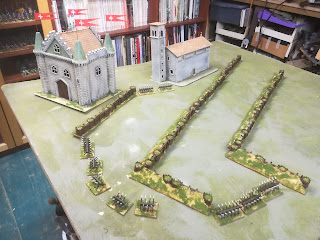 So that's them all together, the mix of scales works alright I think. The church is just under two 6"x 6"cubes, the Castello is over two 6"X 6" and the earthworks is about one 6"x 6" cube, so five cubes I think? More terrain further down the line.

All the best Iain

Wow, what beautiful batch of terrain Iain. I particularly love how that toy manor house turned out - a perfect addition to a Pavia tabetop - good buy that. Also, very nice work on the fortification craft project with the earthworks and chevaux de fris - the final product really looks terrific. I'm definitely going to give some of these a go for my own collection.

This excellent heap of Italianate terrain will give you a tidy 100 points. Well done sir!