Last Lament from the Duels Wallah

A last plea for Side Duel updates please - be it your Squirrels, Renaissance Men, Evil Empire or other
Final standings will be published on Sunday

Email ThisBlogThis!Share to TwitterShare to FacebookShare to Pinterest
Labels: Duels and Side Challenges 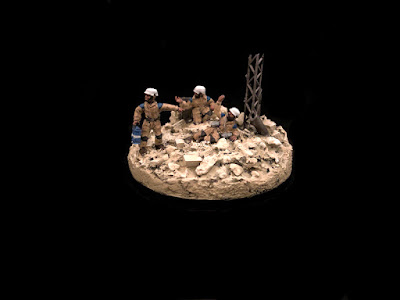 Brushes down folks! It's curtains.

Jeez Louise! Our ninth Challenge under the belt, eh! Wow, I'm a bit wrecked, but it feels awesome to have hit the finish line with all of you. I have to give a HUGE thanks to many a minion and particularly Tamsin for stopping in to help me post many of the entries over the past few days - you folks were real troopers and helped me stay employed while keeping the show on the road.

As to my closing post, I wanted to return to our theme of 'Fellowship' and decided to do a small vignette honouring a group of people whose selfless work I've admired for several years now: the Syrian White Helmets. 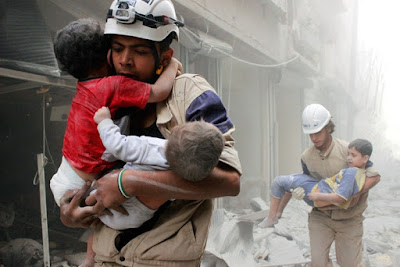 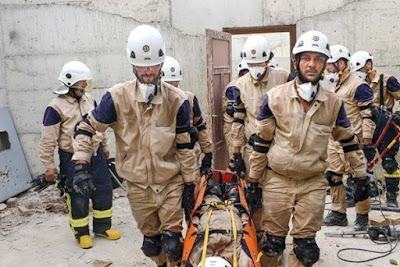 As many of you know the White Helmets are a group of Syrian volunteers whose mandate is to provide medical assistance, urban search and rescue, civilian evacuation, and essential service delivery to areas caught within their nation's civil war. It is reported that since they were formed more than 5 years ago the White Helmets have saved over 100,000 lives, while losing over 200 of their own people in the process. In 2016 the group was nominated for the Nobel Peace Prize and have subsequently been awarded numerous international accolades for their humanitarian work. 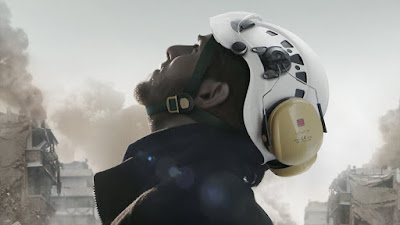 Sadly, in this politically charged region of the world, there is an active smear campaign levelled at the White Helmets, trying to besmirch and belittle what they have done for their people. Personally I think this is reprehensible, but these are the times we live in and we all have to do our bit to rise above it and fight injustice when we can.

I'm proud to say that this past summer the Canadian government was instrumental in organising the evacuation of over 400 White Helmets and their families from Syria before forces loyal to the present regime could arrest them for supposed crimes against the state. Many of these people have been resettled here in Canada, along with other participating countries. I know for many of them it has been a heart-wrenching experience, having to flee their homeland and loved ones to live in a far away, alien place. I am happy to have them here in a safe haven, but I hope there comes a day when these brave people can freely and safely choose to either return to Syria, or remain with us as new Canadians. 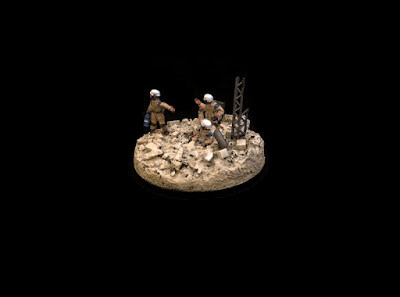 As you can imagine, there are no White Helmet figures on the market, so I took a shot of bodging my own. As they wear a distinctive cropped helmet which looks vaguely similar to a German fallshirmjaeger helmet I used that as a basis to run with. 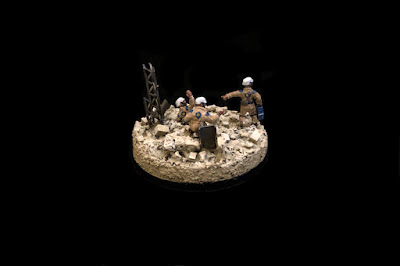 With this in mind, I found a trio of 20mm German paratroopers tucked away in my collection, repositioned their arms and heads and carefully cut and filed away their equipment to look more like civilian garb.

I then mounted them on a piece of carved blue insulation and then added assorted rubble and debris. Admittedly, it's not perfect, but the overall silhouette seems to work to my eyes. I hope it does for you as well. 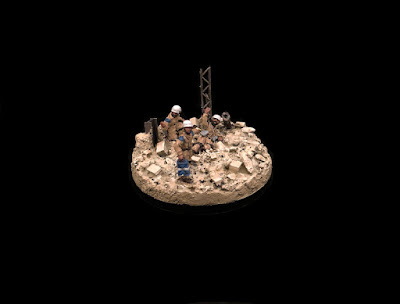 Okay, on to the administrative stuff.

Over the next few weeks I'd like everyone to submit a group shot of themselves and everything they got done over the past three months of the Challenge. I'll kick this off in a few days featuring my smiling mug with my (small) horde of toys PLUS I will be posting the my remaining Tribute figures for Lee and Robert, so stay tuned for those.

The announcement on the various prizes will be in two weeks time (Sunday, March 31st).

- Judges Choice (chosen by me)

- Challenger's Choice (chosen by you lot!)

For Challenger's choice we're going to do it similar to previous years. I'd like all the participants to send me their top three favourite entries from this Challenge. The deadline is this Sunday (the 24th). It doesn't have to be in any particular order as I will make a big gallery of all the nominations from which we can vote. It will be a nice way of reminding ourselves of all the excellent work that was produced during the Challenge.


Again, thank you for indulging me in this mad little venture. And a HUGE thanks to both this year's Minions (Barks, Lee, Ev, Iain, Robert, Miles, and Paul) and the Old Sweats of previous editions, I could not have pulled this off without you folks.  I hope you all had as good a time as I did.

There it is: The Ninth Annual Analogue Hobbies Painting Challenge has concluded.