Well I hope all is well in your part of the world. Here in Sweden we have snow again.
For this week I have finished up all 3 battalions of the Swedish Tavastehus Regiment. The members of this regiment were from Finland and they were one of the Regiments that particpated in the fight against the Russian invaders.

Each battalion has 84 3mm minatures for a total of 252 miniatures pluse the 1 mounted officer for a total of 253 minaitures.  With these and the one battalion and artillery battery from my last post I have the all the Swedish I need, except for Brigade and Division Commanders, to fight the battle of Yppäri which was fought on 16 April 1808. I just need to paint up some Russians now. 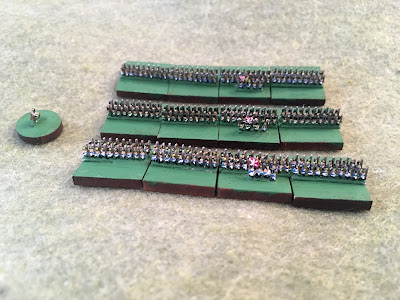 I have pained up the first Battalion 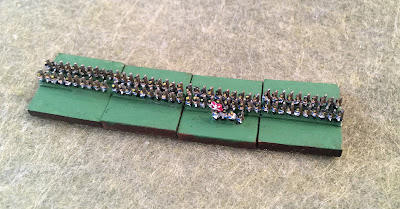 Here is the second Battalion 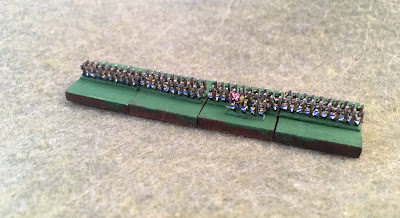 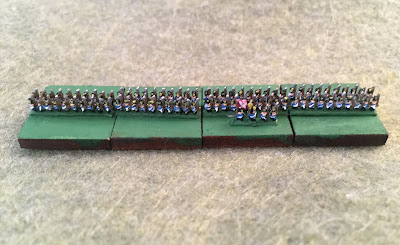 Finaly is the Third Battalion which were Jagers. 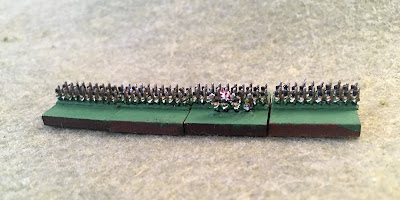 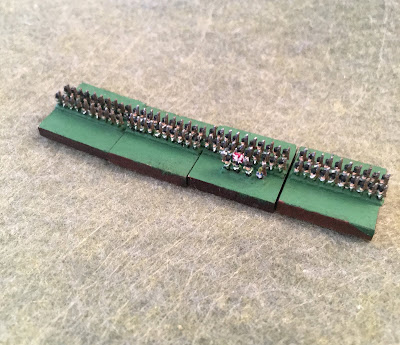 I also painted up a single officer to act as an ADC for the rules that I plan to use to fight out the battles in Finland and Sweden against the Russians in 1808 and 1809. 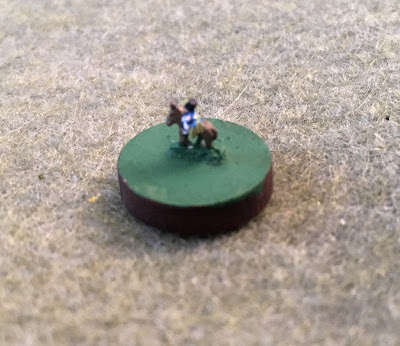 I hope you enjoy the images.  Skål!


More lovely 3mm Swedish goodness! Youve really gone to town with the detail and I really like the ADC and the flags, I look forward to the Russian Army! 254 x 0.25 equals 63.5 rounded up and 3 points for flags,67 points it is !

All the best Iain
Posted by Rattlesnake at 11:39 am