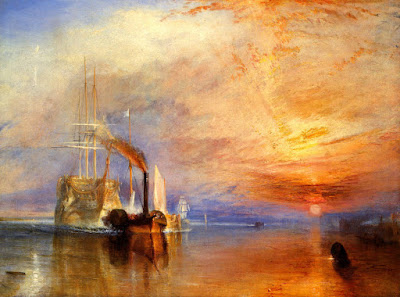 'The Fighting Temeraire tugged to her last berth to be broken up, 1838'
by J.M.W. Turner

As the title says, the Nautical bonus round theme is now up for your viewing pleasure!

We have a higher than average turnout for this theme, which is great, and I think you will find the entries amazing, not only for their range of topics and various scales but also for the impressive skills shown in their completion.

As for myself, I present a fairly simple entry, a BK-2 Russian Riverine Gunboat from a century ago. 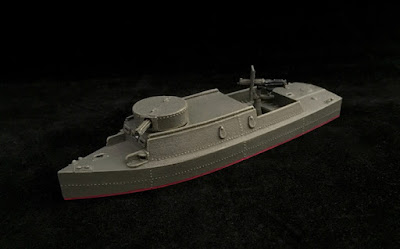 This 28mm resin model is from my very talented friend Alf, over at Barrage Miniatures. 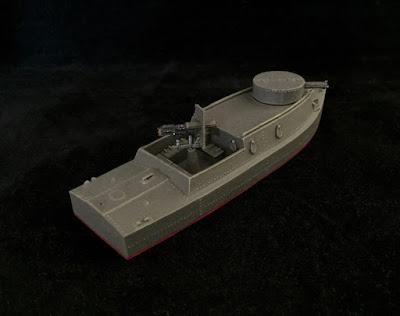 These small gunboats saw operations during the First World War, the Russian Revolution, the Polish-Soviet War and World War Two. 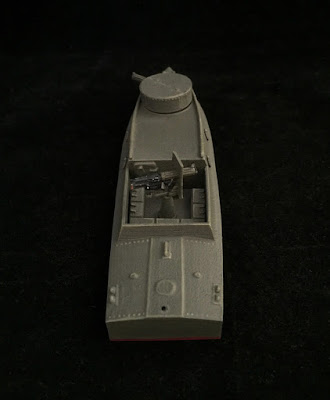 Interestingly, due to the complex design which required a very small hull, high speed and a balanced weapon placement, the Russians had to look abroad in order to have them manufactured. As the Great War was raging, all the European shipyards were either enemy states or busy building their own wartime watercraft. Undeterred, the Russians turned to the United States, who at that time were not in the war, and in 1916 a contract for 18 boats was filled by the Mullins & Company of Salem Ohio. 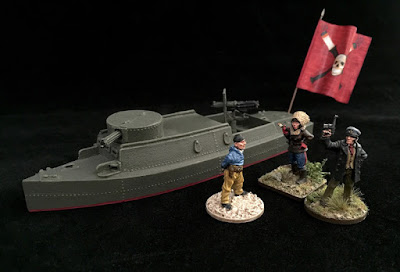 In this final shot we have the enchanting Madame Ting-Ting and her salty associate Capt. Douglas (DSC/RN Ret) 'negotiating' with a Russian sailor for a BK-2.  She simply HAD TO HAVE the BK. As she was heard saying after the gunshot, 'This little dreadnought will look so darling with my flag waving above it...'

Okay everyone, remember to take the time to vote for your favourite entries after you've gone through the gallery. You can cast your votes on the sidebar tool in the gallery or you can follow this link as well.
Posted by Curt at 1:33 pm 40 comments