From TeemuL - Last of the Dwarfs (15 points)

No King Tigers, no 3mm Italians, just these old, boring dwarfs. You know where they come from and so on.

As you can see, I had again some difficulties about choosing the colors for striped jerkins, but in the end I managed to do something. One of the dwarfs seems to wear a FC Barcelona jersey, which is purely a coincident, although it is my preferred team in La Liga.

Other striped guy had some difficulties, my purple turned out to be quite brown, but I hope you get the idea.


Oh! So, my guesses last week were wrong! Those three dwarfs are a great addition to complete the group. great to see them all together in that last pic :)

I've been a bit behind on my painting, as reflected by my drop down the ratings board a solid ten places - yikes! I've been painting, albeit a bit slowly, and with multiple projects in varying stages of completion instead of working away on one at a time.  I did manage to get a couple things done yesterday, so let's get those uploaded. 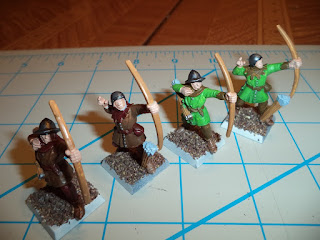 First up are a set of four Bretonnian plastic archers from a few years back in Warhammer.  These were, I guess, give-away figures at some tournament or event - I got them for free off a guy on the Frostgrave Facebook page, and he had something like a hundred of these archers to dispose of.  Looking at them up close, I would have been giving them away too -- the detail is very soft and poorly defined, and on these guys I felt like I was actually painting facial features on to them, as opposed to painting the features that were there.  Oh well - I got what I paid for, I guess.  I don't have any real concrete plans for these guys, but they're there if I need to add some archers to a Frostgrave warband - hence the very generic color schemes on their clothes. 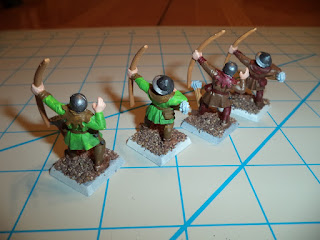 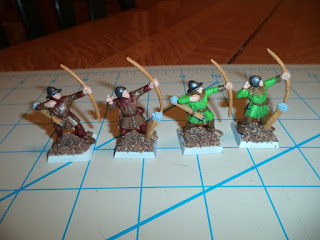 Next, something a little more exciting.  This is "Crazy Pete, Prospector" from Reaper's Chronoscope line.  He's exactly the sort of character you'd see Gabby Hayes playing in an old western, and I freely admit I found myself doing a bad Walter Brennan impression to myself as I was painting him.  In fact, Gina bought him for me for Christmas for exactly that reason - I had a "crazy old prospector" type character in the Dungeons & Dragons campaign I'd been running, called "Old Man Walter," who had that voice, and the figure reminded Gina of him. 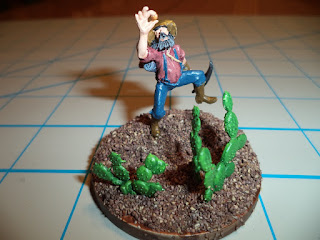 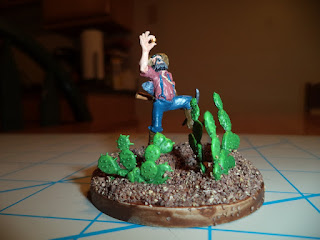 With his jubilant pose, I wanted to do something a bit more exciting than the lipped slotta base he came with, so I grabbed a 50mm base, built up a little ridge from Green Stuff, and pressed his tab into it to make a slot for him.  I also glued a pair of cacti from a Pegasus Hobbies scenics kit to the base for a splash of color.  I've taken to referring to the resulting vignette as "Hooray, My Luck's Finally Changed!" -- with the assumption that, while leaping for joy at having found gold, poor Crazy Pete's going to end up tripping and falling into the cactus patch. 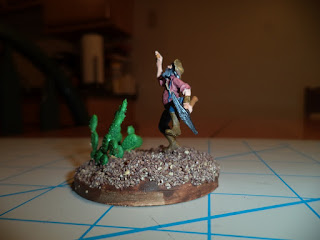 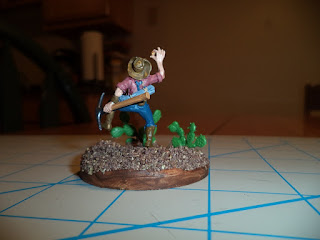 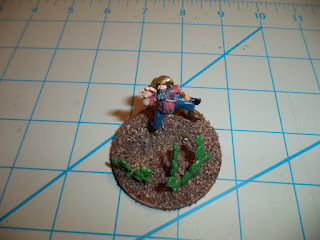 Nice clean painting on the archers Bill and Crazy Pete is just great - the cacti on the base are a nice touch.

These are my first batch of 6mm Carthaginians from Baccus entered into the Challenge. I'm also working on several units of infantry but the cavalry muse was with me so these got finished first. Baccus list these as Libyan Cavalry but in the TtS! army list they fall under the broader description of Punic Cavalry. Later on I will try to find some of the famed Numidian Light Cavalry but for now they are alluding me in the catalogue. 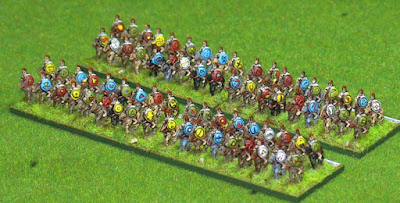 I just about finished these in time for submission today, thanks to a long session on Sunday and the tolerance of a very understanding wife! There is method in her madness because I think after 25 years of marriage she has realised that painting keeps me happy and a happy husband is also a docile husband!!

I have mixed feelings about how these turned out. I like the colourful shields and the waterproof pen I use for the shield designs is once again proving its value and utility. The pen writes best straight onto the acrylic paint but needs to be sealed with a spray varnish to avoid smudges (don't use a brush varnish as it can make the ink run). I'm less happy with how the white leather armour turned out. The ink wash I applied has made the armour look a bit muddy for my liking and I wish I had taken time to reapply the white highlights again after the wash. Still, its a lesson learned and a mistake I won't make again.

So I have just about managed to get my first Carthaginians into the Challenge but they most definitely won't be my last. I have already started on my next submission and a possible entry to one of the later bonus rounds, and all despite simultaneously working on a 1:1 scale bedroom. I wonder what the points would be for that project...ah of course, its Terrain so doesn't count!

Seventy Two 6mm cavalry should net me 72 points so I'm starting to make headway towards my 300 point target. I have a lot of infantry to work on next and although there are more of them they are worth half the points of cavalry...so I'd better stop typing and get back to my painting desk.


These Carthos look fab Lee - nice work on them, particularly the hand-penned shields. Doing individual designs by hand at this scale definitely deserves a bunch of extra points, which I will award with pleasure.

Only one entry this week Tamsin; real life is getting in the way. But here this week are the first detachment of my Kent miners for a VBCW. The figures are a mixture of makes including "Sloppy Jalopy" "Ironclad" and "Musketeer Miniatures" All clumped together and in this instance bearing the flag of the "Peoples Assault Column-Kent Miners" . The Betteshanger Colliery will be shown in the future. 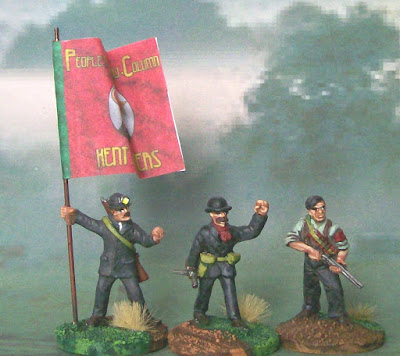 They have all been painted in sombre colours as befits the time and place as not everything in the "Garden of England" is bright and cheerful. Most of the miners are wearing hard hats a few are carrying them on their belt at the back and just a couple are not carrying them at all. We have to assume the ones not carrying hard hats work above ground. Historically in Kent 4/5 did work below ground so a couple without hats is about right. 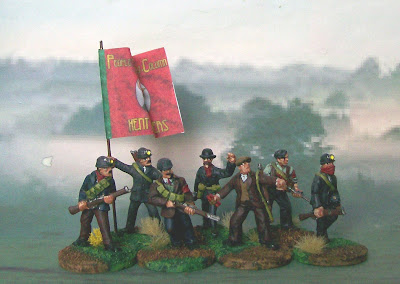 The Flag is by Solway, but the Kent Miners Flag will be shown next time. As Pete Barfield has done one specifically for me. But I am happy to send it out to any VBCW player in the Kent area. (Yes even to Tamsin in London IF she would use it!) 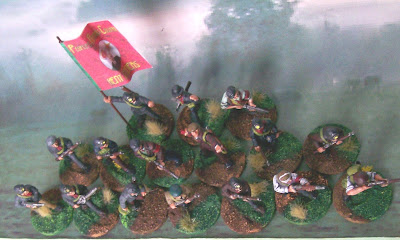 Thanks for looking and see you again next week.

It looks to me as though these chaps are quite rightly upset about the actions of an American manager with a Scottish surname who has been brought in by the government to screw the miners while they, allegedly, sc[redacted on instructions of our lawyers due to ongoing police inquiry]ors.
Nice bunch of figures Clint and I think they deserve a couple of bonus points. 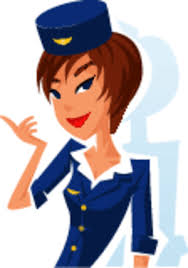 Ladies, gentlemen and badgers. Flight AHPC6 out of Challenge, Blogland is currently cruising at 33,660 points aiming for a new target altitude of 71,750. I think some of our late boarders will have to pull their fingers out and produce their boarding passes if we are to meet that vertiginous target. Or maybe lock Alex, Miles, MartinC, Kyle and Sylvain in a room together with everybody's lead piles for the next 6 weeks...


In the cabin crew cabin yesterday, myself and my crew were discussing this snippet of industry news. I was tasked with asking the flight's owner (not to mention our esteemed pilot) Curt Snowlord if we could also wear trousers. He was actually quite agreeable to the idea, provided the trousers were like these: but in Campbell tartan.

Hmmm, so we'll be sticking with our current skirts (closer to belts if you want my opinion) for now.


But that's enough of that. What entertainments do we have in store for you today?

So far, not a lot. It's all suspiciously quiet. Perhaps everyone is working on their "Ray and Fran Bromance" entries for the "lAmour" bonus theme?

What we do have is:
Some miners
Some tiny horsemen who enjoy plays-on-words
Some more chilly people