From DavidB: End of Line 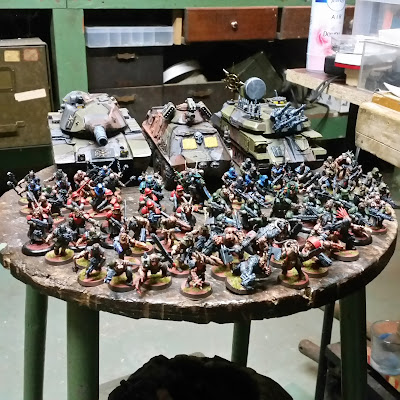 I'm still attempting to catch up, but I've definitely been "blessed" with "interesting times"! ;)

Overtime and last goodbyes have been dominating my time lately and I'll be turning 50 next weekend. Makes for a bit of bittersweet time as military training is ramping up. It'll be explosives and small arms qualifications on my birthday, so I won't have much time to reflect.

I think I exceeded my output this go  around and it took a moment to gather the work for the photo shoot.

My favourite was the Renegade Planetary Defence Force as they really turned out better than my expectations. They did exceedingly well at Adepticon swatting Eldar and Marine forces with a tidal wave of cultists while the sole Deathguard squad, tanks, and forgefiend made swiss cheese out of opposing armour. Two wins and a draw! 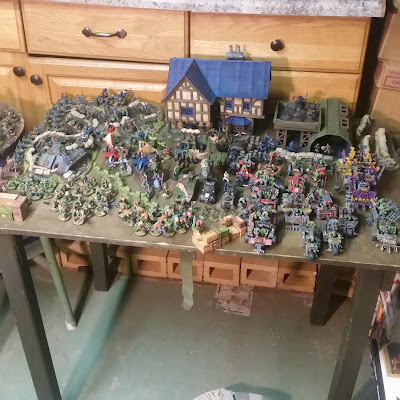 I'm very pleased with the Ork force completed too, I still have Goffs and more Blood Axes to go(and some new stuff), but I can finally play a sizable force that isn't primer and bare metal.

The terrain is a very welcome addition to the cardstock that I have an abundance of as well. 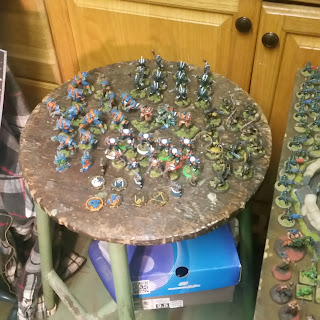 My kids are really enjoying the BloodBowl figures and have racked up a few games with them since Superbowl weekend. My son is the current league leader with Dolph's Finns! 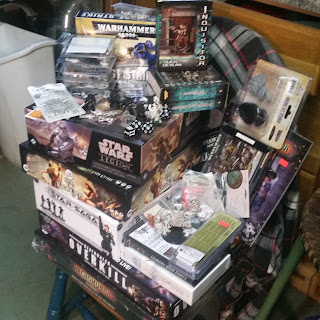 Since I couldn't allow the lead pile to be too diminished (and throw off Mile's math computations), I enhanced it with plunder from Adepticon. The Orks got a deff dread, killa Kans, a shokk Attack gun and an old school death skull boss still on blister card. an old Kharn the Betrayer and some old deathguard marines were also found. A lot of vintage lead and new stuff like Star Wars Legion and even some figures from Victoria Lamb and Bob Murch. Some of the stuff was freebies and I got the necromundia game as down payment for extending my hobby time to may as I must paint a friend's Necromundia game...I'm not unwrapping mine till I get his completed.

The Star Wars Legion game was courtesy of a Birthday gift and the Overkill game was a gift from my wife and parents and has me pondering all sorts of ideas genestealer and deathwatch! 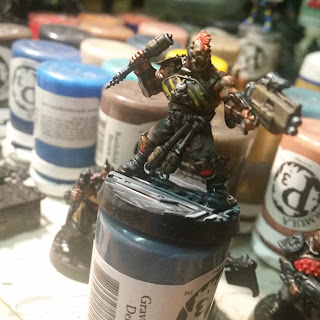 They are wonderful figures to build and paint! 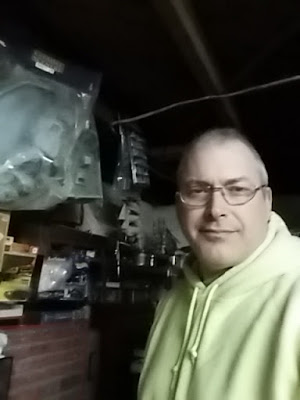 I used to have more raven black hair, but somehow it's gotten whiter than I remember!

I had a wonderful season of painting with you all and Ive really enjoyed the parade of eye candy this time around. Thank you Curt for continuing this challenge and special thanks to Lady Sarah for allowing this fun time! I need to give special thanks to Jamie for herding Thursday and my sporadic bombing runs! It was a lot of fun and I still have a few more weeks to catch up on the site although I've really enjoyed the daily emails with all the great painting and models...I'm already missing the daily update mails!

I hope you all have a wonderful summer and I look forward to crossing brushes again when the next snows come in December!