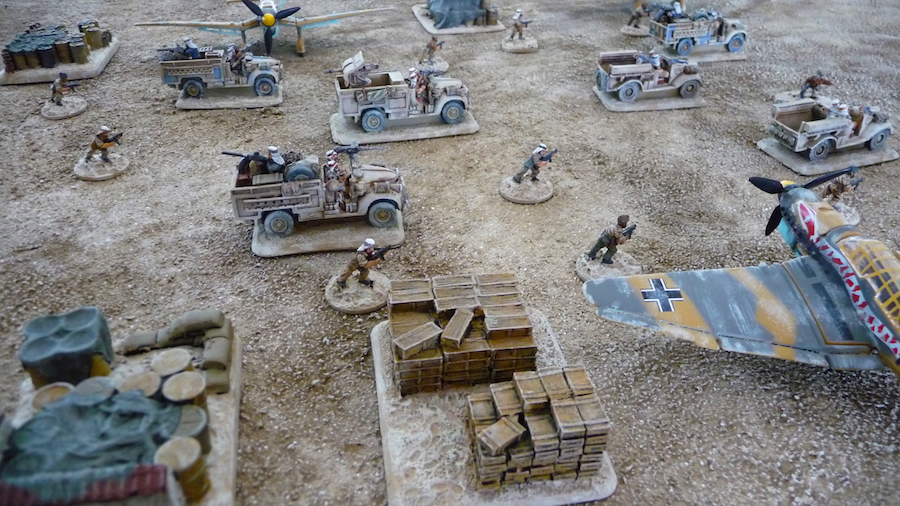 Here is another submission from me this weekend. This time it’s a North African LRDG raiding patrol along with some Stukas, supply dumps and fuel depots to serve as appropriate targets. 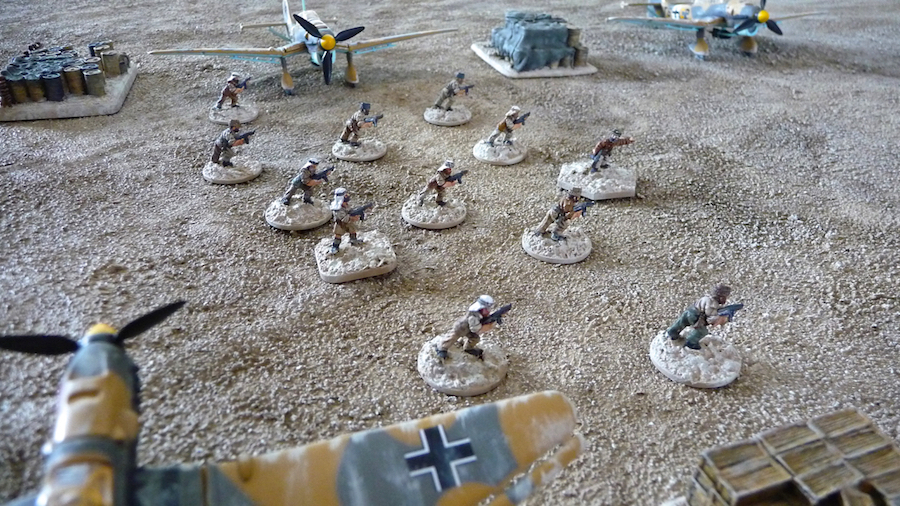 When I first saw these 15mm models come out from Battlefront a few years ago I knew I needed to get some to do up some sort of airfield raid scenario.

I don’t know about you but as soon as I look at a Chevy 30 cwt, festooned with its gear, automatic weapons, and packed with bearded maniacs it just screams for sh*t to blow up. So, with that in mind I’ve been picking up assorted ammo dumps fuel depots, etc from Battlefront and Baueda for the raiders to mess with.  (Thanks to Nick for the tips on crate/drum colours.) I hope to make up around a dozen of these as targets for the LRDG raiders. 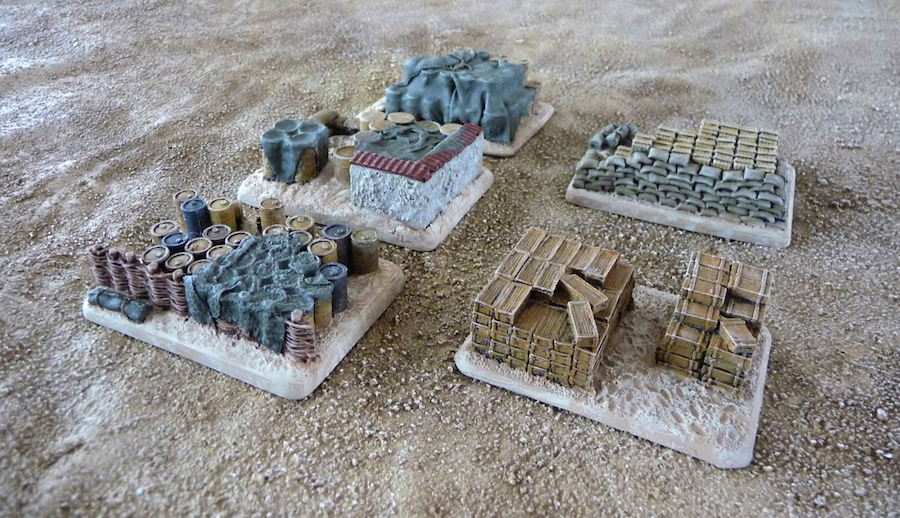 The fabulous desert mat is from Alf over at Barrage Miniatures. It’s roughly 8x5 feet and will serve admirably for our future North Africa raiding game (and I imagine for any post apoc games). 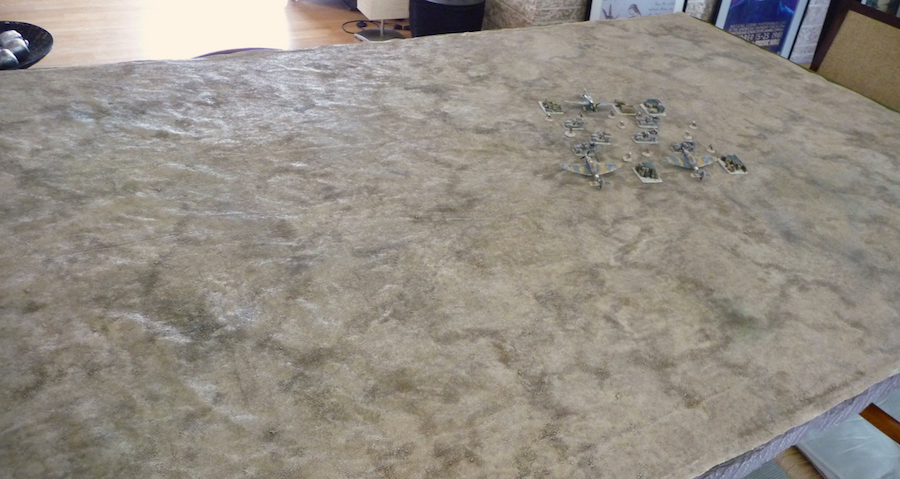 The Stukas are 1:100 scale diecast models I picked up cheap-as-couscous on eBay. I’ve dorked around a bit to dirty them up with some sand erosion and exhaust staining but otherwise they are pretty much stock. Again, they exist purely to sit on the airfield and get blown to smithereens. (I'm on the search for a 1:100 scale Ju-52 to serve as another juicy target...) 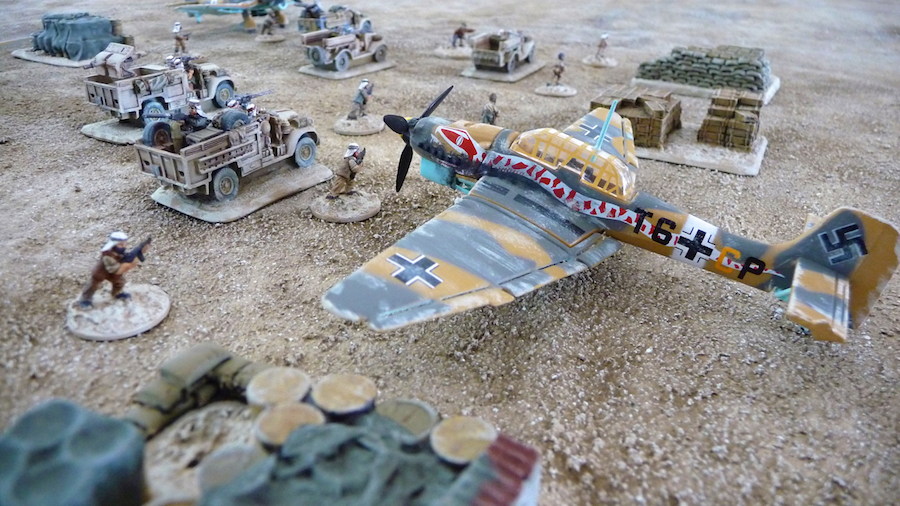 I’m thinking of either modifying ‘Formula De’ or ‘Chain of Command’ for the core rules (who knows, maybe I’ll mash them together). It will be a quasi-cooperative game where each player will command a single vehicle along with 2-3 LRDG raiders - the winner being the team who amasses the most damage points, while still managing to stay alive and escape.

I need to find some sort of tents or Quonset huts for the aircrews and airfield staff. If anyone has ideas I’m all ears. I’m also working on some Afrika Korps personnel and assorted vehicles and equipment but that will be covered in a later submission.

As for points, we have 24 for the twelve dismounted raiders, 36 for the six LRDG vehicles and I'm going to give myself 3 points for tarting up the Stukas. So that makes 63 points.

Next up will probably be some more Russian Civil War stuff in an endeavour to crush Phil in our 'civil war' side challenge (no pressure Phil).  ;P