From TamsinP - Frankly My Dears (5 points)

I thought that I'd do my level best to get a figure submitted on the first day of the Challenge. But then I promptly spent several hours this morning and afternoon faffing around doing some prep work and slopping grey basecoats onto my 6mm Confederate infantry, meaning that it wasn't until this evening that I got to start work on painting my first-day entry.

Now, over the past few months I've been watching Christy Beall's videos on the WS&S YouTube channel and wanted to try out her technique of highlighting with multiple very thin layers of each colour. Ohmygoodgawd it's time-consuming and frustrating, but the end result is well worth it. Sadly my photography doesn't really do it justice (a combination of not-brilliant camera, new setup and my lack of camera skills). the worst part for me with the paint-job was having to do some dirtying-up at the end.

Anyway, Frank has something to say to all those people who accuse me of being a painting robot/demon and suggesting that my target of 1000 points is some ploy to lull everyone into a false sense of security: 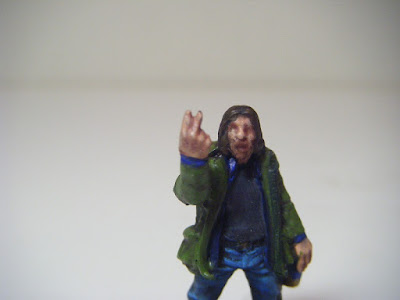 For those who are unaware of this gem of British television, here is one of the series trailers:

A few more pics of the figure, which is from Hasslefree: 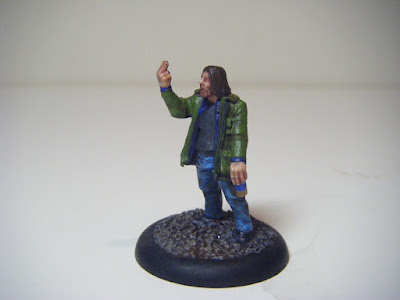 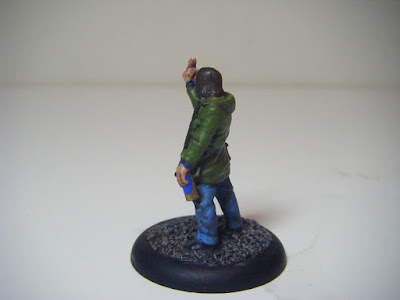 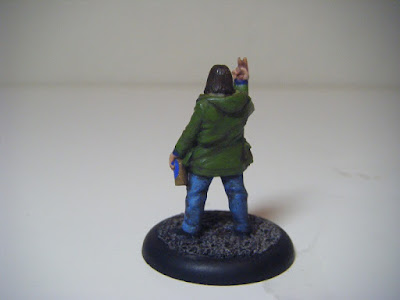 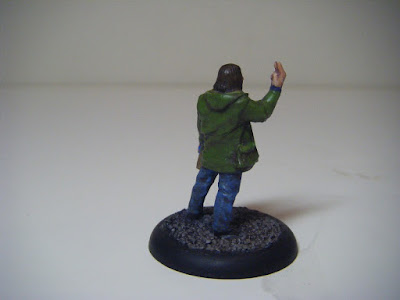 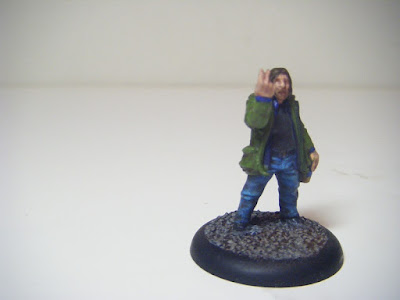 And as it is only a few days away from that special day when we stuff our faces with too much food, sloshed down with too much alcohol, here is Frank's alternative Christmas message (which was banned and never shown on TV):


Just the one 28mm figure, so only 5 points today, but at least I've made a start!

Nice one Tamsin! You've done a brilliant job on Frank - I especially like how you did up the jeans and jacket, excellent work. I've not checked out the WS&S YouTube channel but I'm going to do so tonight (if I don't fall down unconscious first...).

5 Points! You're officially on the roster now, Ms P! (BTW, I still think you're blowing wind up our trousers with this '1000 Points' line. Yeah, right, what a bunch of malarky.) ;P