At long last, the first entry in the main Challenge from Fran. Welcome aboard big fella :)

These boys are from Peter Pig, they cover those spots where Warlords or Dictators have money and a penchant for designing uniforms and penning their biography. 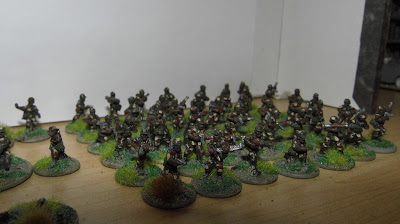 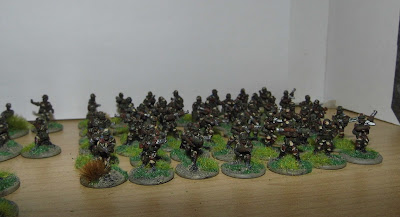 The armour though is second rate, T-55's, Unimogs, a Landrover and several wrecks but our Warlord/Dictator has plans, big plans........ 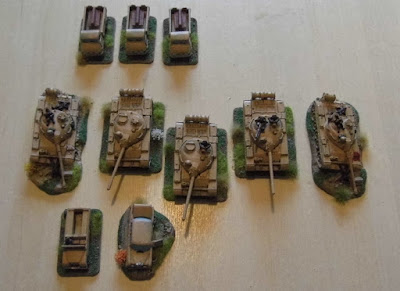 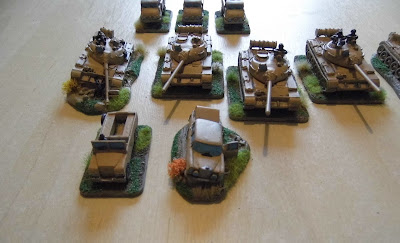 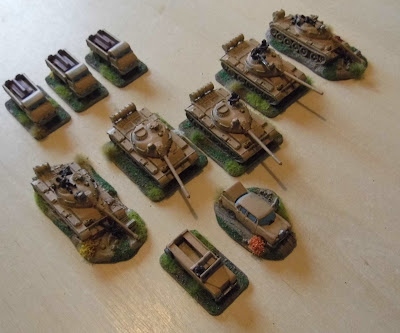 ....but no one in the region can match his small force yet!

These boys should be followed by the less professional, untrained, less disciplined, larger, nasty militia forces in the region.

Apologies for less than good pictures (deleted some shots other than the ones above) but it's hard to find space and good light in a mobile home and when a lot of stuff is in storage!


Fran tells me there are 10 vehicles, 79 figures and 6 crew served weapons in this entry. I'll believe him. That comes to a grand 242 points.
Quite a points bomb for your debut on the main Challenge. Now, when is the other half of the Two Bromantics going to join us here?

Posted by The Angry Lurker at 2:12 pm