And so, my third entry. 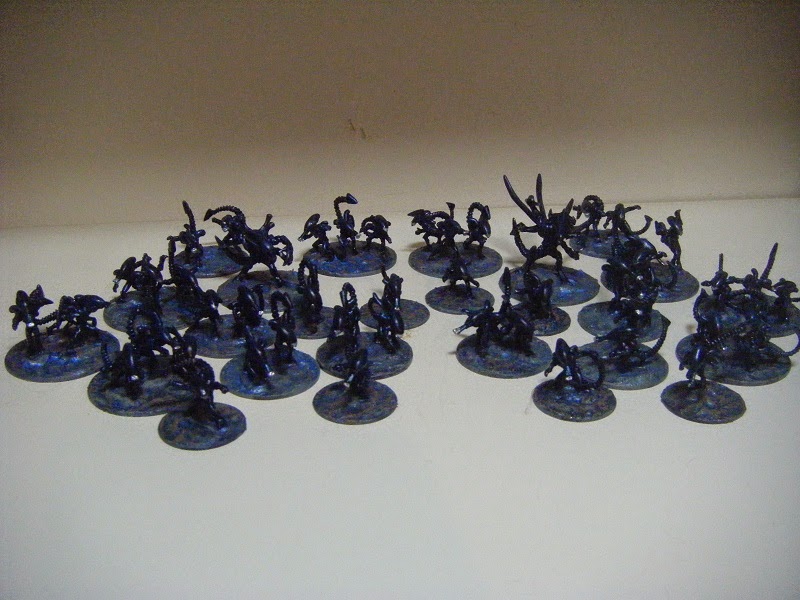 A brood of Aliens with their Queen and King.

The figures are Space Demons from Khurasan Miniatures. In theory they are 15mm, but I've sent Curt some size comparison pictures as they are a bit bigger than 15mm human figures. I'll leave it to the Challenge-Meister to decide how to score them. 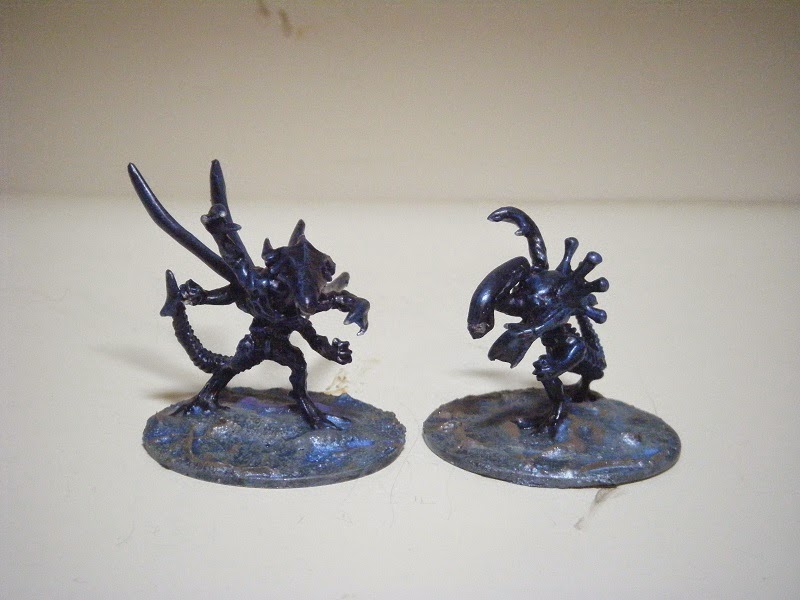 There are 48 of the little bugs. I've mounted them on washers singly, in pairs and in threes to allows for figure removal. I honestly can't remember how I did the base texture as it was a long time ago that I first started these. I'd got as far as spraying them with black metallic paint and then left them in that state. As there was a lot of bare metal which the spray hadn't hit, I re-primed them with black Vallejo surface primer. 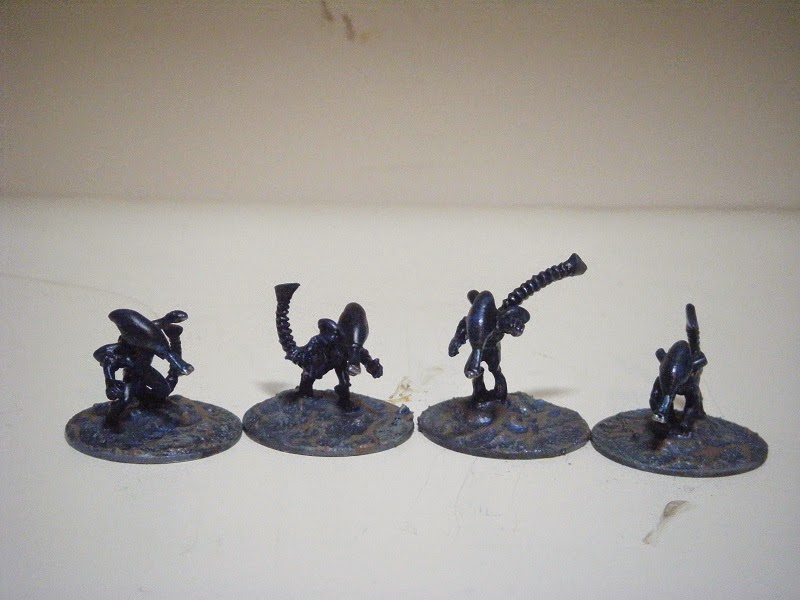 I did these as a "break" from the SYW Russians - it is too close to Christmas to start on the 8 foot regiments I have waiting in the wings. 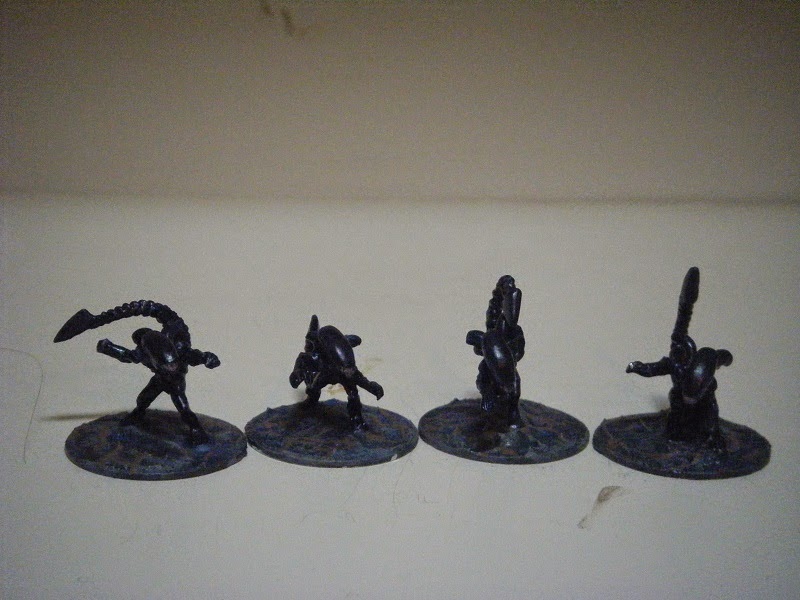 There were numerous steps in painting these.

Bases - base coat of London grey; wash of Black Grey; dry-brush of Stone Grey; a few bits picked out with Blue Violet; "veins" picked out with German Camo Medium Brown; washed with diluted Sky Blue pearlescent ink. I think the last step has really given them an alien look. 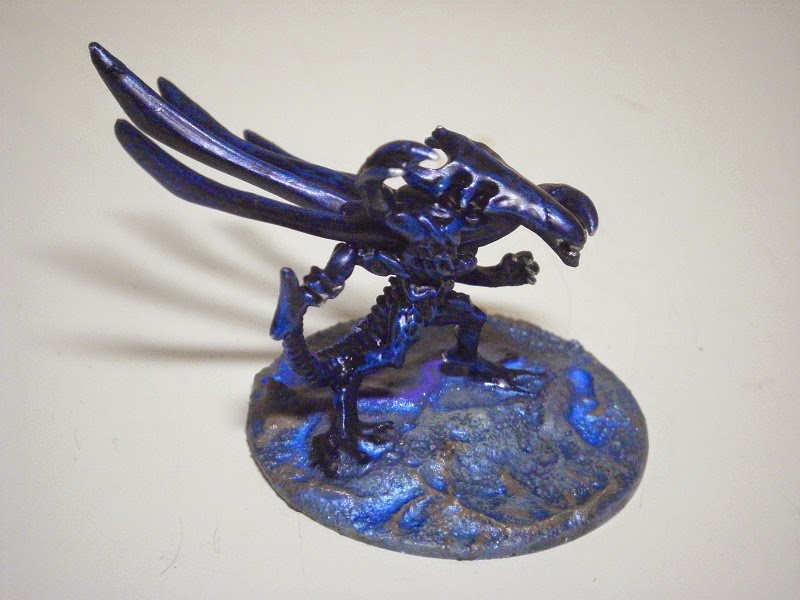 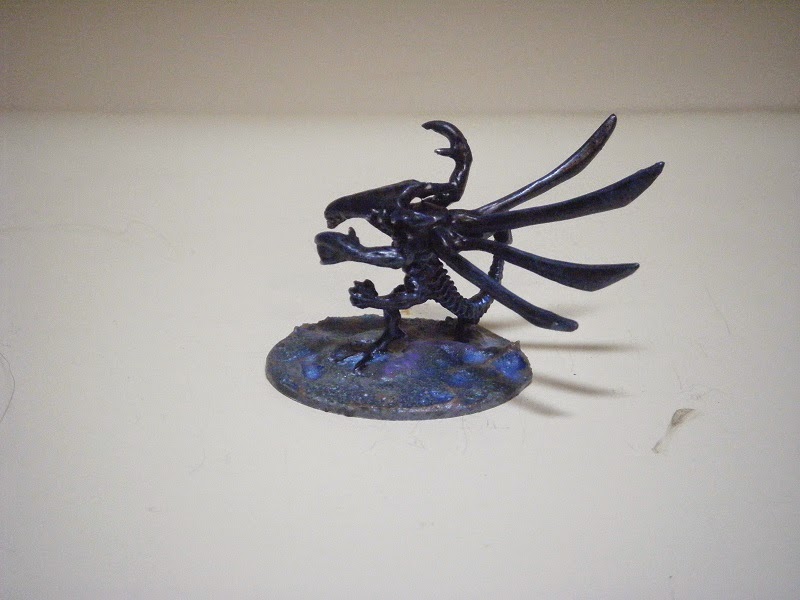 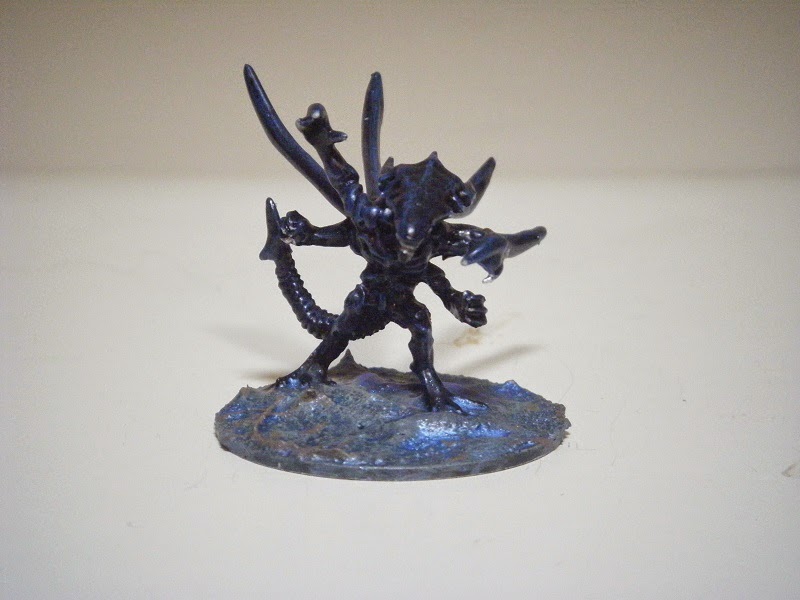 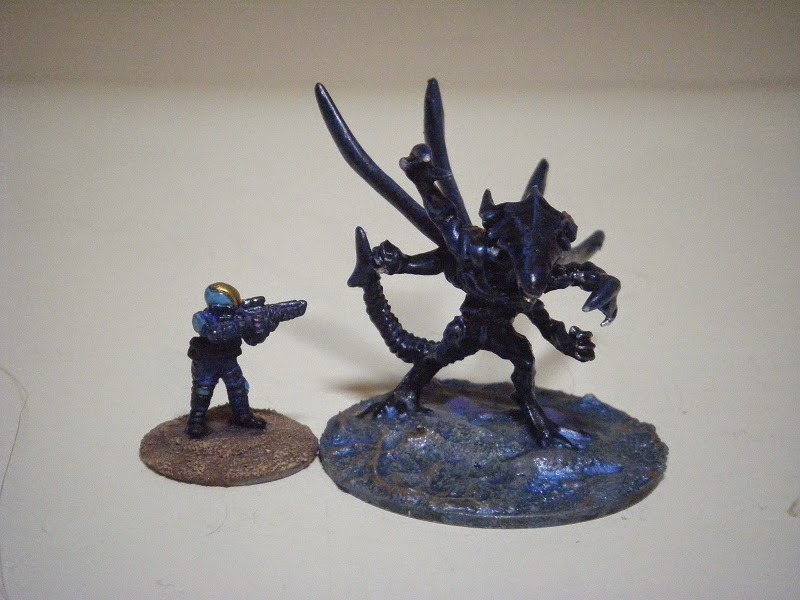 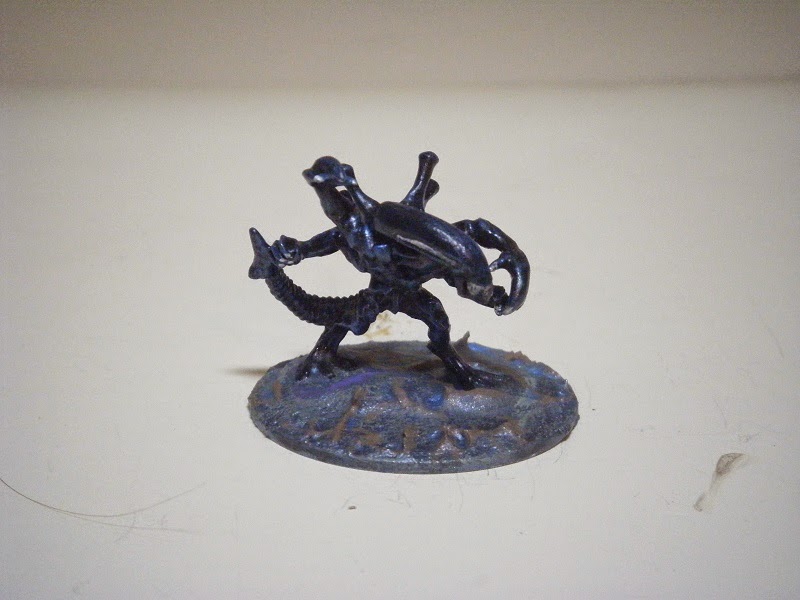 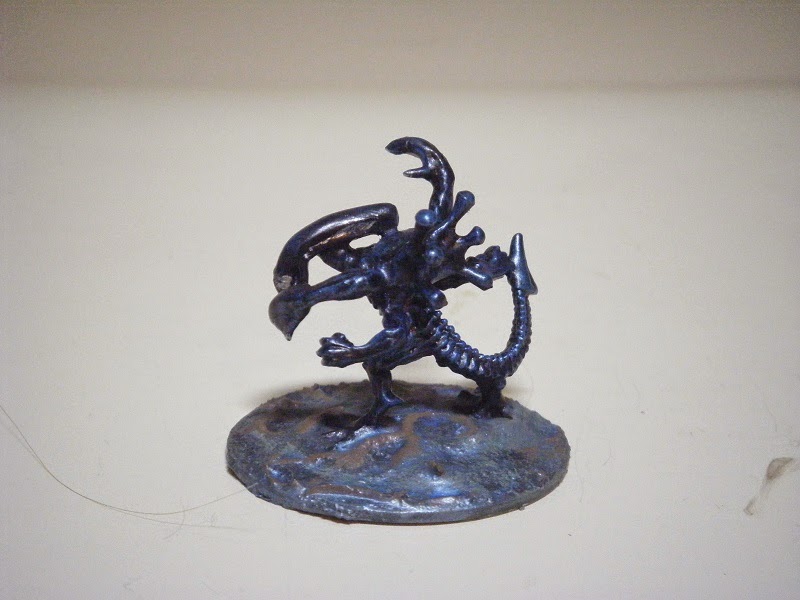 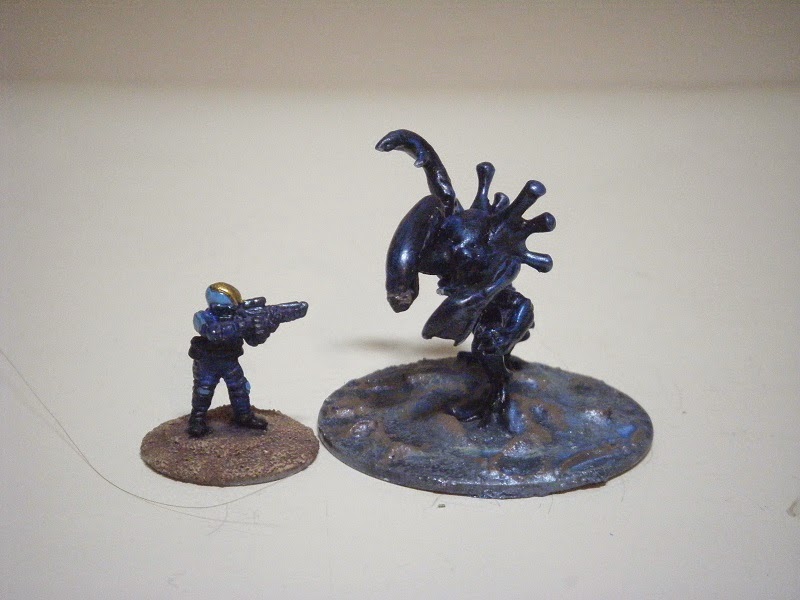 And one of the brood:

Now, with all of these nasty bugs, one really needs a plucky female spaceship second officer driving a big cargo handler to deal with them:

Again from Khurasan, this is the Hercules Cargo Handler. I'd forgotten about it until last night when I suddenly thought that it would be an appropriate addition to this entry. I quickly prepped, assembled and primed it, then painted it this afternoon. As you can tell, I went for a well-used look.

The base is 30x40mm MDF with some wire mesh glued on top. 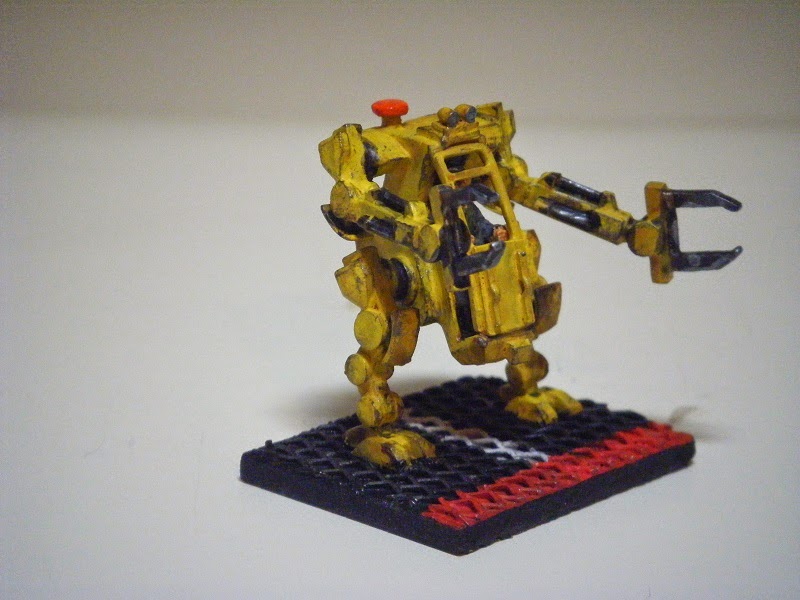 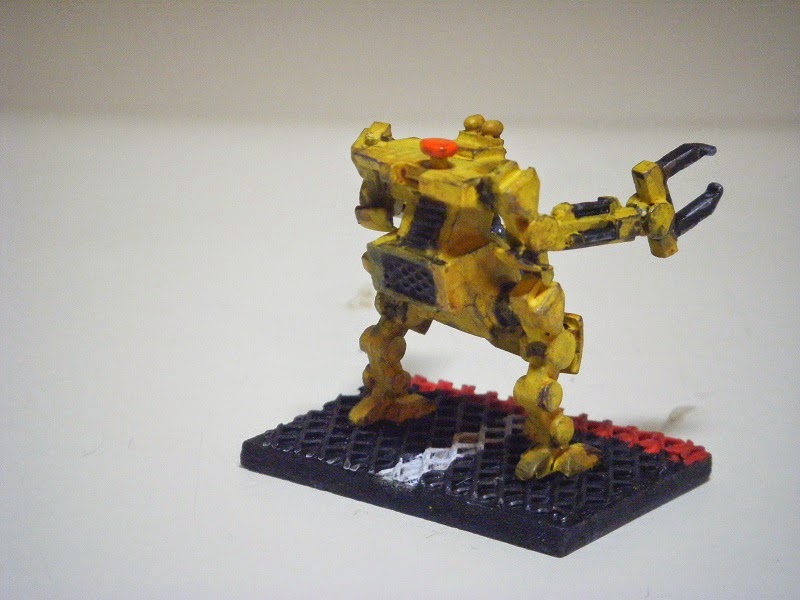 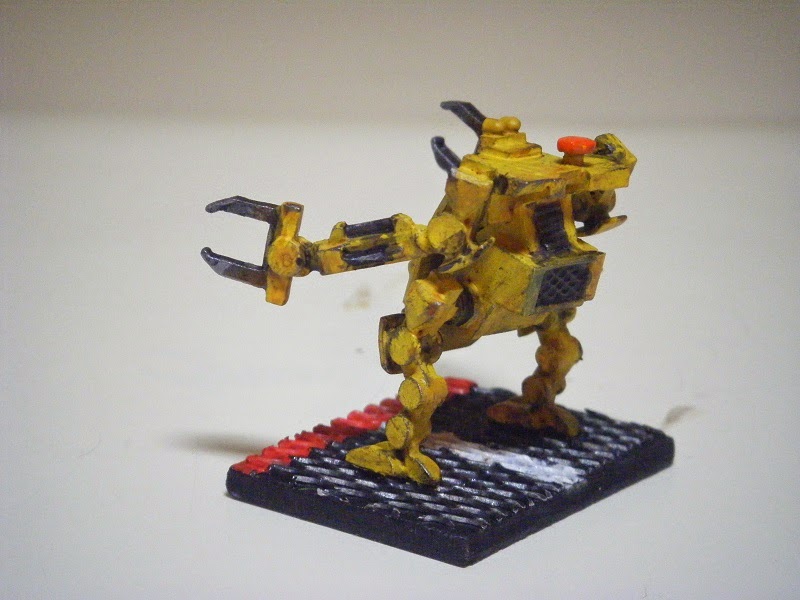 Some pics to show that the crew figure has been painted: 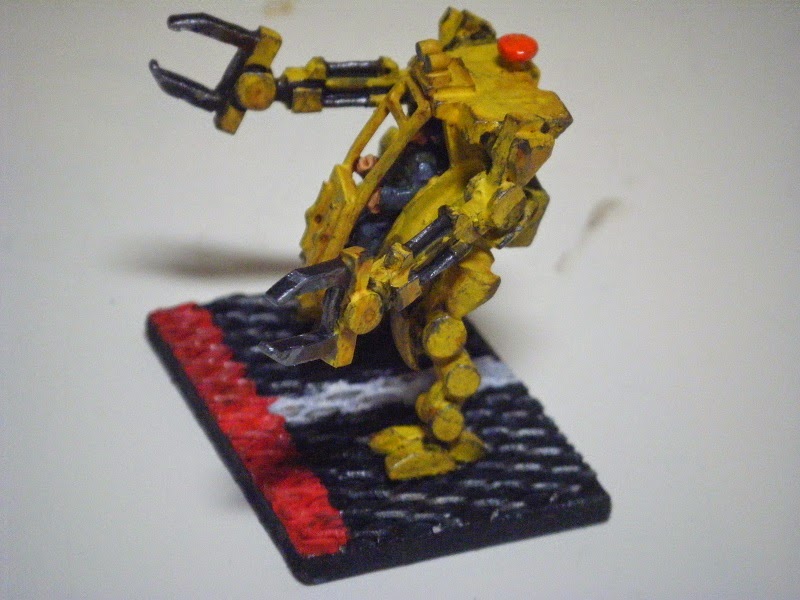 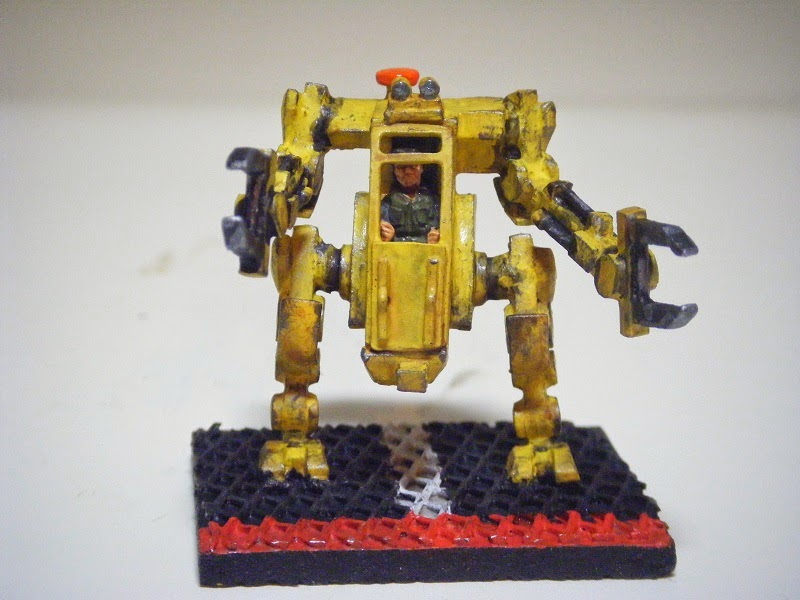 One of the Alien brood figures has a pose that always makes me think of Morecambe and Wise: 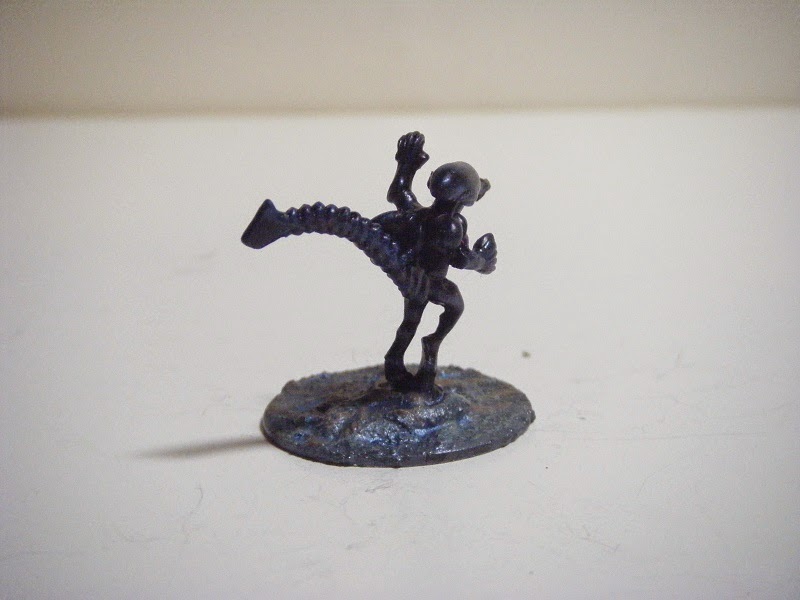 For those who don't know what I'm talking about, when you get to the end of the vid, you'll see what I mean.

Well, that's it for now folks, so here's an Alien saying "bye bye!" 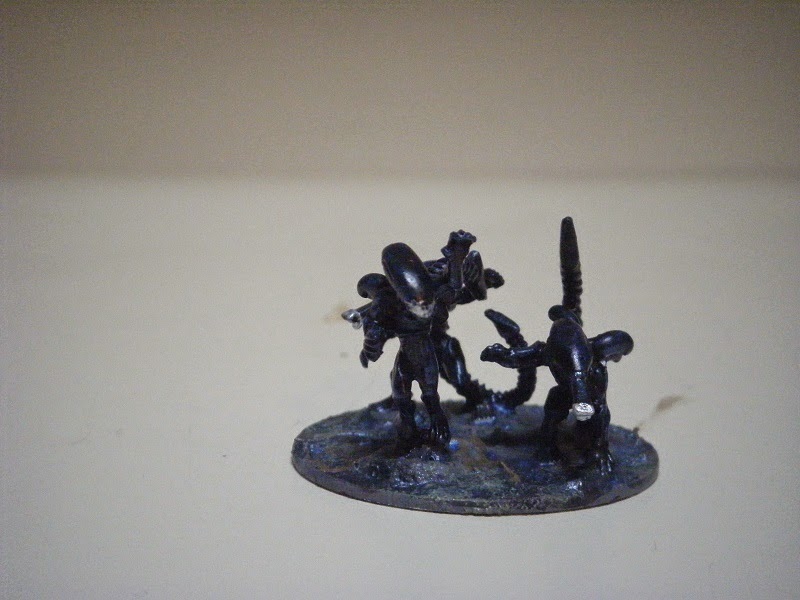 ps - I'll get it in before anyone else does - "I say we take off and nuke the entire site from orbit. It's the only way to be sure."

Very cool submission Tamsin. I like the paint recipe you came up for the Aliens and the drizzle of pearlescent blue on their bases is a great touch.

This brood, along with its King and Queen and Ripley in her Cargo Lift Suit will give Tamsin 112 points, enough to allow her to slip into 3rd place. Wonderful work Ms. P.