After the predicted busy few weeks it's been back to the brushes properly. Having done about 80% of the Imperial forces I require I thought it was opportune to actually revisit the Mahdist forces and top them up. Over the busy period I was able to snatch an odd 15 minutes here and there so I prepared and constructed the the remains of the 14 boxes of Perry Ansar. Last weekend I broke out the airbrush to get a base coat on them.

Having worked out a simple set of processes during last year's Challenge for these I was confident they would not take too long. Doing a large number of figures together means the economy of scale comes into play. Just stick some music on or having something on live streaming. In this case I got through 23 episodes of Season two of "24".  It's allowed me to knock the painting of these lads off in about 7 days... 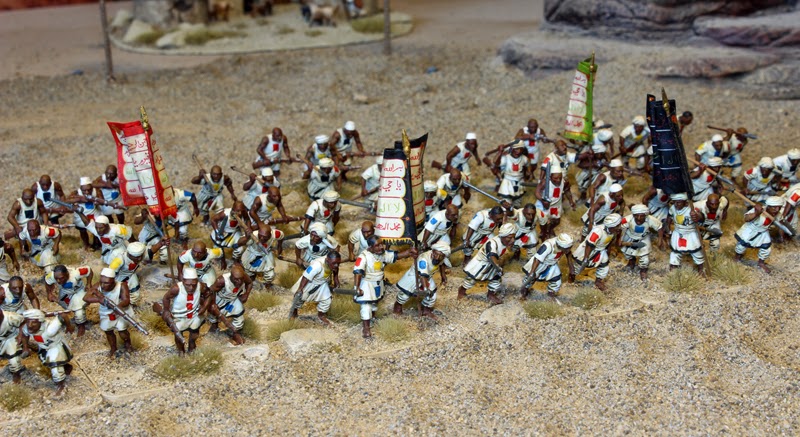 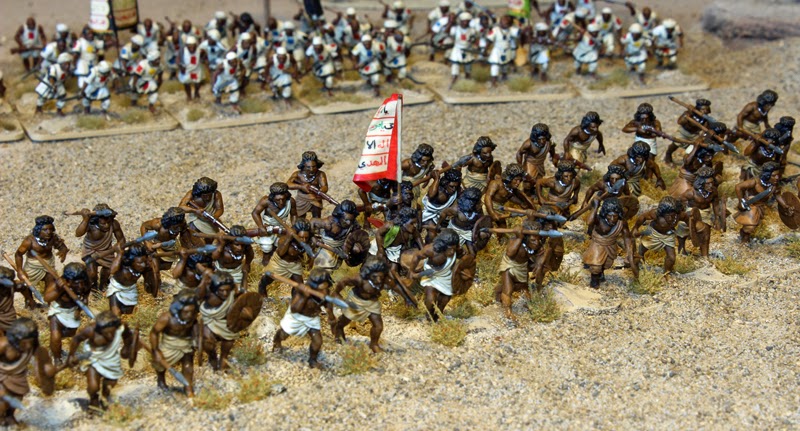 Oh, and this should take me over 3000 points. Very pleased with the winter painting season so far. More about plans for this collection next time..I am off to  sort the next point bombe... And order some more bases  - Warbases , more tufts -Tajima, more paint -Vallejo,  some storage - Really Useful boxes. The economic benefit of the Challenge is kicking in somewhat.

Daaayum.  Make a mad dash to your fallout shelters folks, Dave's joined Mark in going nuclear. Wow. Just wow. Fantastic stuff Mr. Docherty, this mob is off-the-hook brilliant. I think I see a How-To article for Wargame Bloggers Quarterly on the horizon for you. :)

So, now that you've pierced the 3K mark, (and my hearty congratulations on that stupendous feat) I thought I'd gently remind you that last year Mr. Loki Esq. managed to hit 4180 points by the end of the Challenge. Hmm. A very honourable closing target I think. You know, just sayin'...