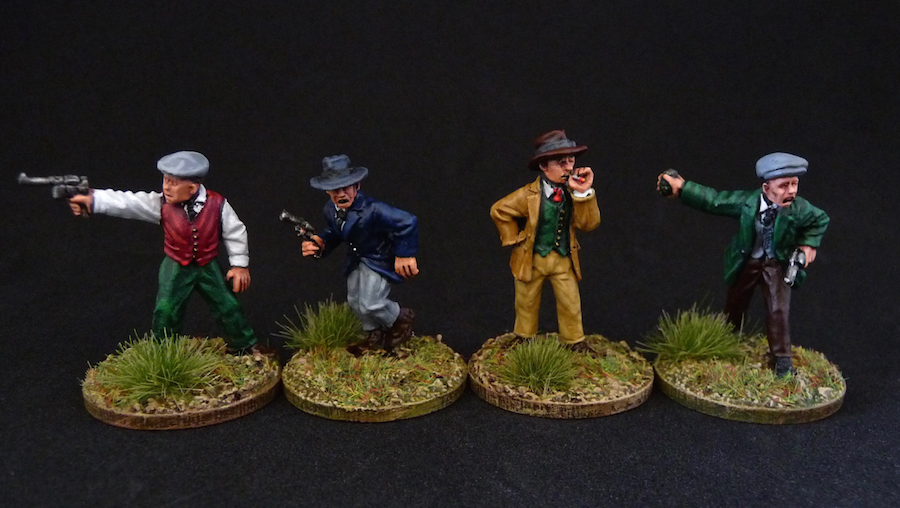 I thought I'd squeak in an entry of my own now that the dust has settled a bit.

These four figures are for our 'Strange Aeons' and pulp adventure games.  I thought it would be good to get some more 'common men' done up to help to flesh-out the ranks. Three of these are from Footsore Miniatures' IRA range, while I can't recall where I sourced the smoking fellow. I believe all are Paul Hicks sculpts.

The guy in the green jacket below has a .38 revolver and is about to toss a hand grenade. Let's hope he doesn't roll a 1 for the scatter... 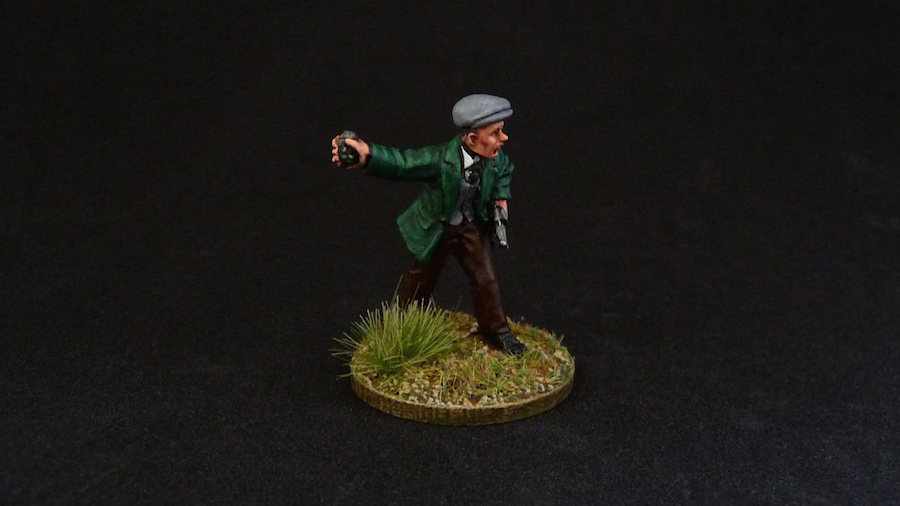 I like the animation of this fellow in the blue sports coat. He looks as if he's dashing for cover, hoping that the opposition doesn't get a bead on him. 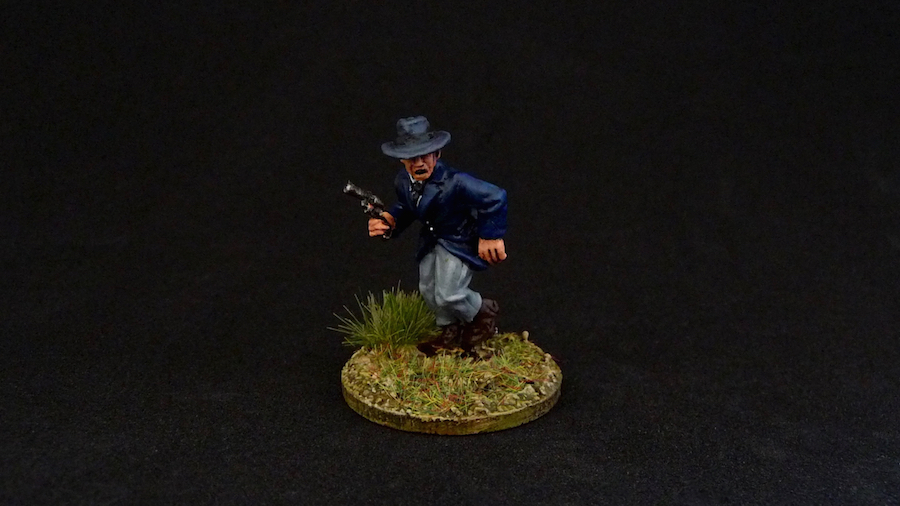 I thought I'd give this guy a natty red vest as he looked to be a stylish fellow. I've always liked the look of the old 'broomhandle' Mauser (even before it became Han Solo's blaster).  I know it weighs a ton, and is as ungainly as all hell, but it just looks so darn cool. 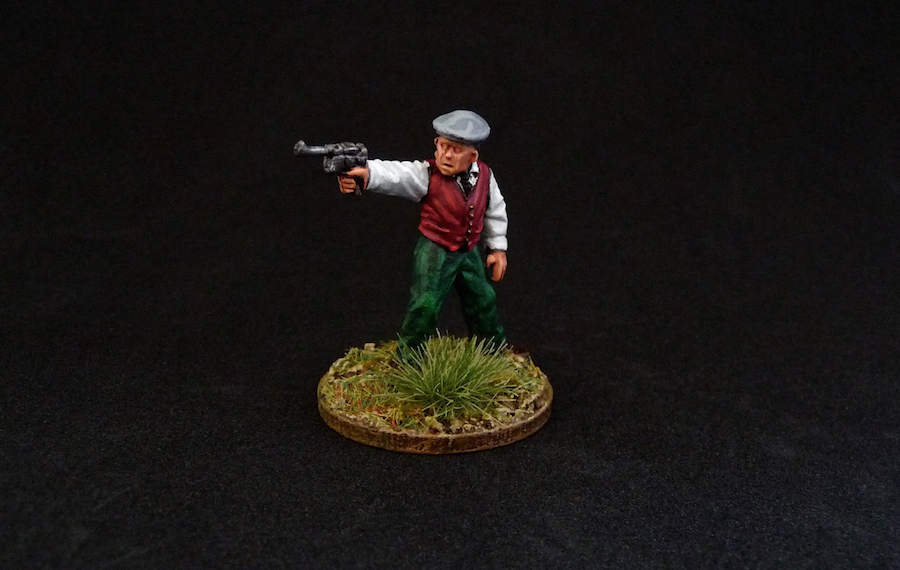 This last guy, taking a drag on his cigarette, was just supposed to be a low level thug or an innocent bystander, but he's since become quite the hard-ass character. His name is Manus 'Mug'  McEoghan, ex-IRA hitman and powerful psychic. He now works for the 'League of Nations League' investigating and defending humanity from Cthonic activity. 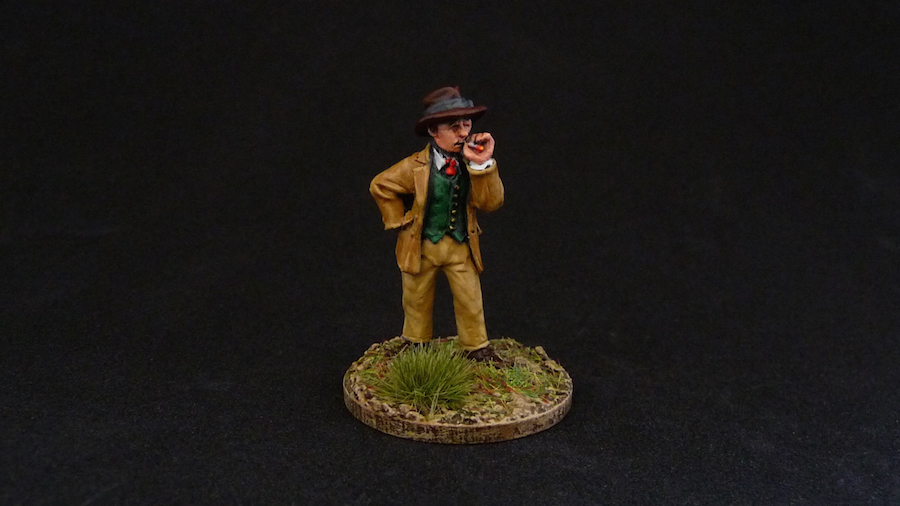 His primary 'weapons' are his psychic abilities, with his only physical attack being a deft (and short range) 'cigarette flick'. A nasty, nasty little man. In our last game he was teamed up with the 'Limerick Twins' and as a trio they were an absolute terror. Great fun.

With a bit of luck I should have another group of pulpy silliness ready in a few days. Thanks for visiting!
Posted by Curt at 10:44 pm