No points bombs this week, so here's the Welsh "sex bomb" himself, Tom Jones, to sing a little ditty introducing this post.


Curt asked in his comments on my last submission whether I was going to be painting up any beasties native to the region for my Mexicagrave project. Well, here are some pussycats especially for him. 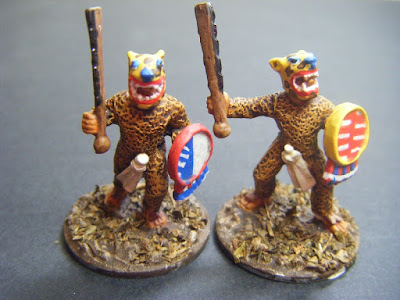 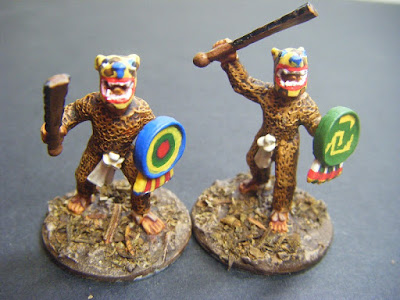 First up, four Jaguars. Well, Jaguar warriors. These were among the elite of the Aztec soldiers, having captured at least four enemies in battle. If the Aztec was a commoner, they entered the ranks of the nobility. In return for that, they became full-time soldiers and acted as the cities' guards and police as well as being sent out to accompany merchants on trade missions. 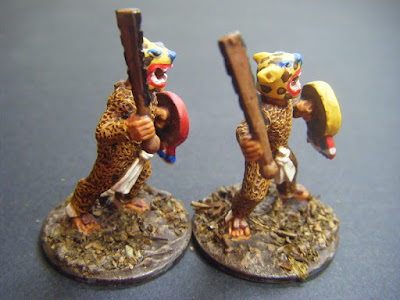 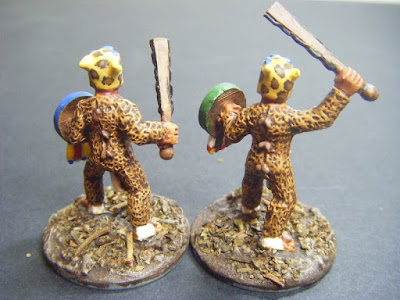 It seems that these virile young men have attracted the attention of a pair of cougars. Not predatory older women with a fancy for young men, but the feline variety. Also known as pumas or mountain lions. They might be big cats, but they aren't "big cats" as they can't roar. 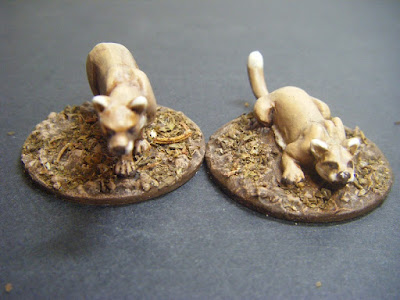 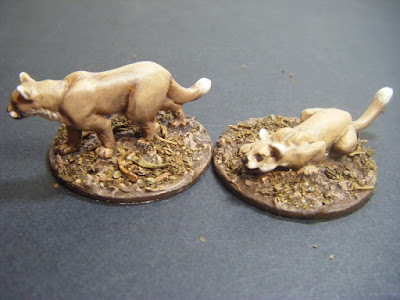 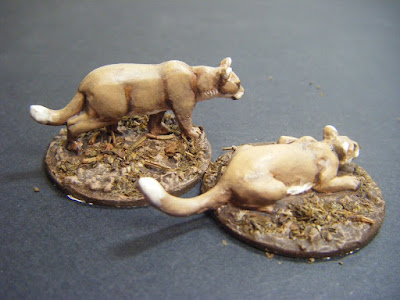 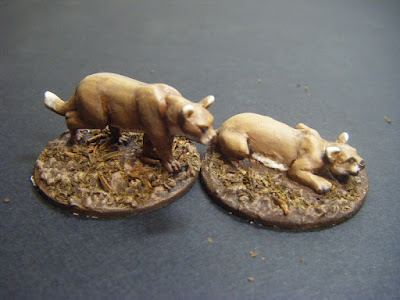 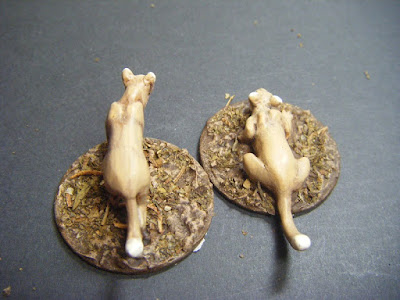 And a group shot: 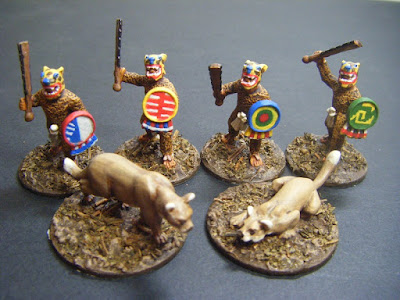 I'm not entirely happy with the jaguar suits. The spotted look was achieved by adding sepia washes to fill the dimples in the texture in between each layer of the main skin colour. I am presuming that the texture was intended to represent feathered suits rather than animal skin. I might go back and repaint the suits to add larger spots of brown similar to those on the helmets.

The Jaguar warriors are from The Assault Group; the pumas are from Wargames Foundry. I make that 30 points for this entry.

Very, very nice Tamsin! You're doing a marvelous job with this 'Mexicagrave' project. The warriors' cloth armour is excellent (with their vibrant shields) and the herb groundwork is truly inspired.  I'm especially delighted to see some local fauna added to your collection - the cougars are brilliant. When will we see a few Pumas and perhaps a huge snake? :)

These will give you a base of 30 points but I'm adding a couple more for the shields. Great work!