Time for my 15th entry in the main part of the Challenge. I wasn't sure if I'd manage to get one in before the deadline, but I seem to have squeaked it just! 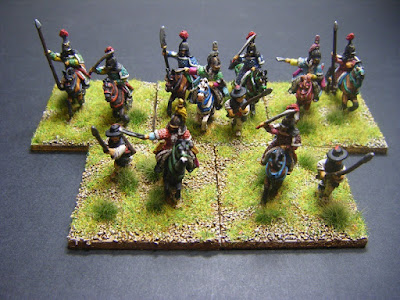 This entry is another set of additions for my swelling Choson Korean army, another 5 command stands for the "regulars". The figures are from Old Glory 15s as before. 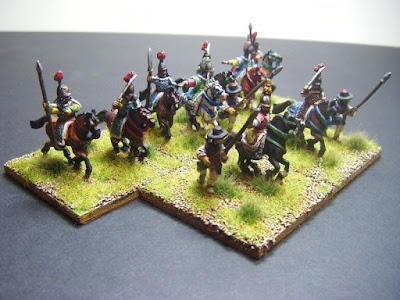 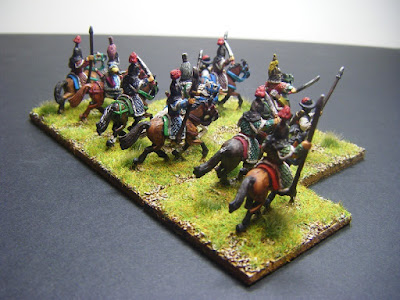 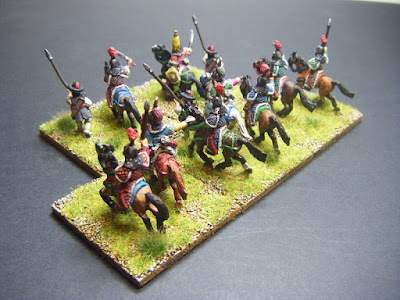 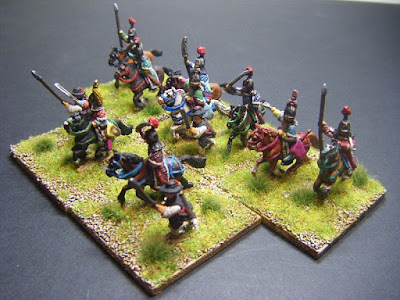 I haven't added flags yet as I'd forgotten to print out another set of command standards. I've now got more than enough command stands to field two armies in FoG (three if I field the Righteous Army separately). I just need to add some more infantry and cavalry to be able to play out the civil war which may well have broken out in the Japanese hadn't invaded in 1592. That could make for an interesting campaign as the Chinese, Japanese and the horse nomads to the North could also get involved. Oh dear, i think that means acquiring even more armies...

Points-wise, there are 9 mounted and 3 foot figures, which should be 42 points.

Lovely work Tamsin. I really like the wide range of colour you've used for their uniforms and horse furniture. Those poor flunkies with the standards must be in great shape running along side these guys.

'Hey, Kwan, did you win that last battle?'

'Nah, but me and the boss managed the 20K retreat in well under 2 hours!'

Three separate armies, huh? You know, you could now probably field an entire army of officers! I'm sure the North Korean army of today could do this, that is if they could first avoid getting executed by their benign and beneficent leader. You just need to get the 16th century equivalent of an anti-aircraft gun to keep them motivated. :)

42 points for you Ms. P. Well done and have a great week!