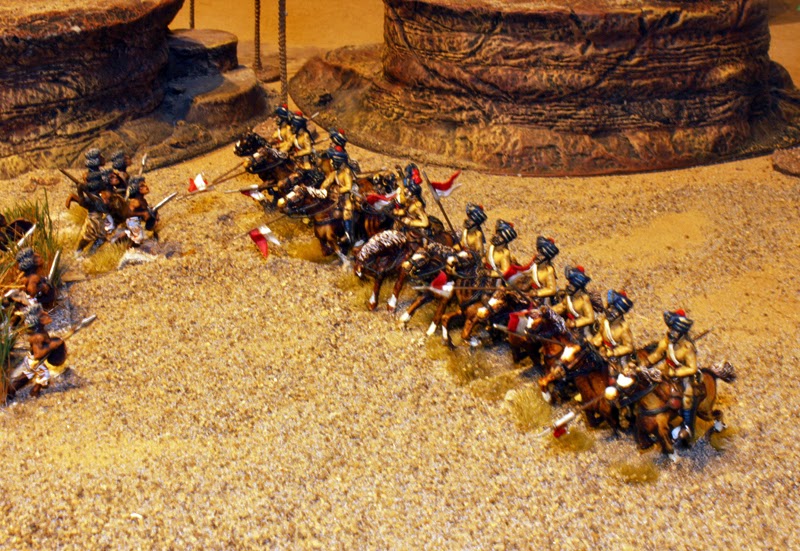 One of those classic British Imperial units the Bengal Lancers. The 9th were moved to the Sudan and fought around Suakin. With those pesky Fuzzy Wuzzies not playing the game and lying the on the ground what you really need as a cavalry man is a 9 foot pointy stick to get them with.

So here I have two squadrons (two more along later) of old school Connoisseur Miniatures with some heavy conversion -  only the officer is a straight figure. This range never got around to making buglers so the bugler is made from a trooper figure, arm removed remade with solder and soldered into position holding the bugle to his lips. The bugle is made from garden twisty wire formed into shape and the bell of the bugle created from solder. 10 of the troopers have their lance arm removed, repositioned  or remade and soldered back into a variety of thrusting type position. The lances are made from 0.8mm piano wire so won't bend and are then soldered into the hands of the trooper along with lance strap. The idea is to give the impression for the these two squadrons at full charge ready to hit their quarry. 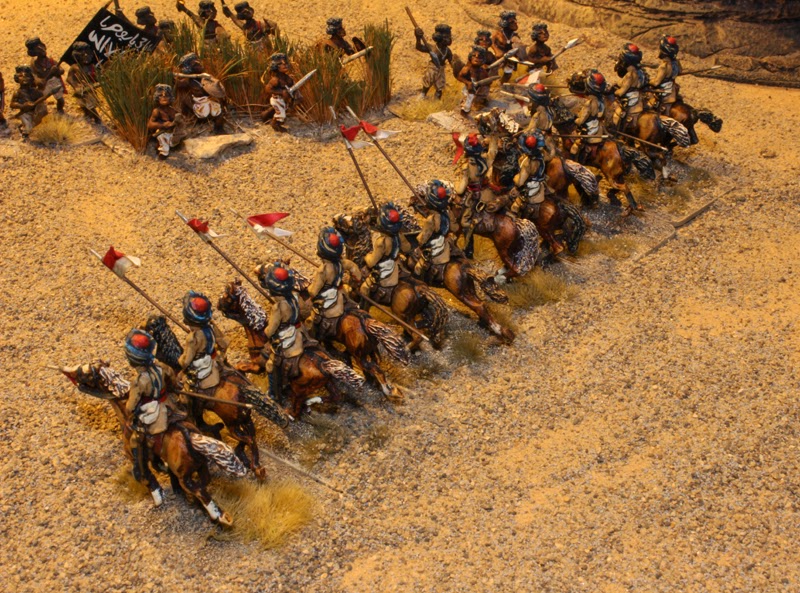 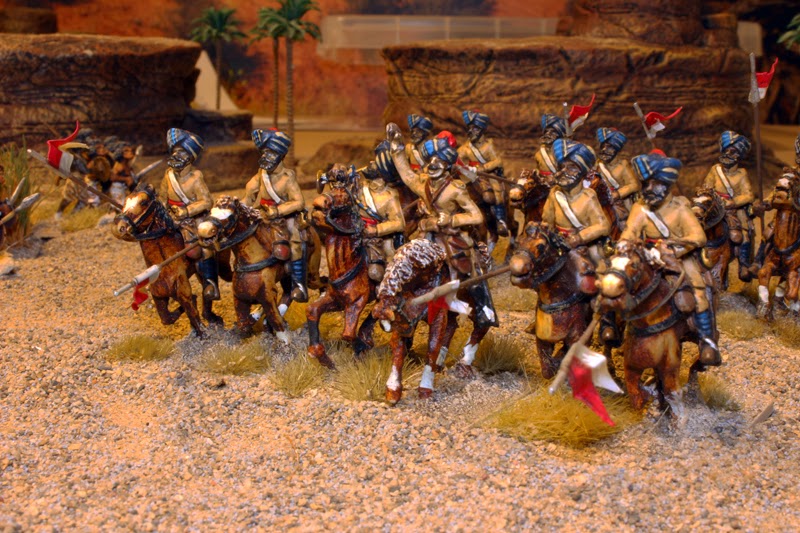 I did the heavy duty conversion work a few months ago, so good to see these first lot completed. I can heartily recommended a bottle of Bengal Lancer while fettling away in your man cave! 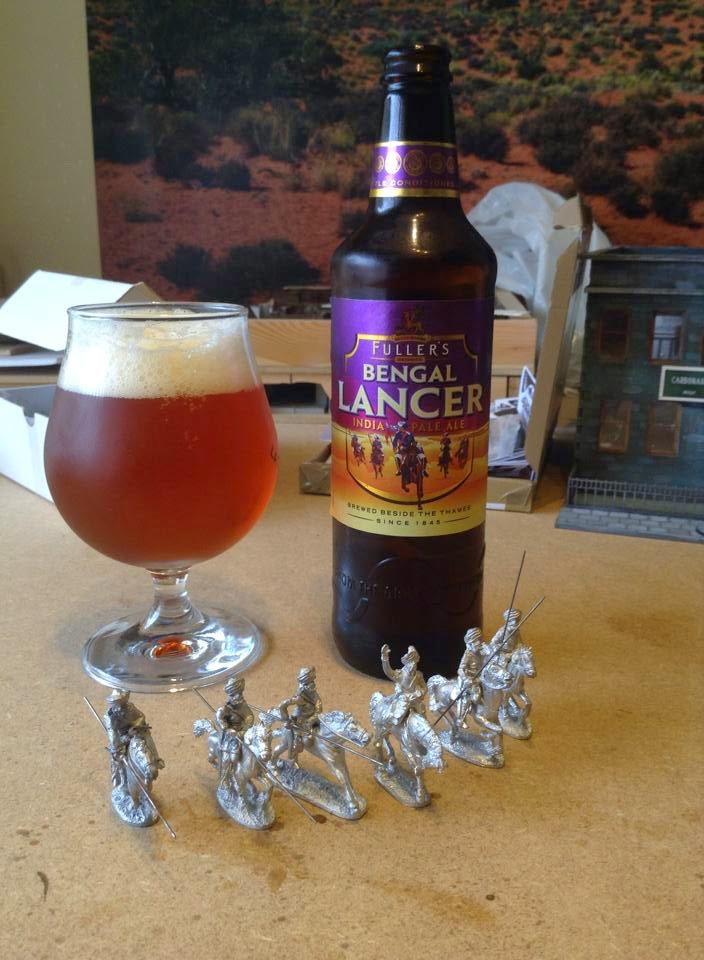 What a gobsmacking entry Dave! I love these guys (and their loyal ponies). As usual, your customization work is peerless, just gorgeous. I also love their red and white pennons snapping fiercely to the pace of the charge - wonderful stuff.

This entry has a base of 120 points but I'm adding another 36 for Dave's fantastic modding work with his magical soldering iron. Beautiful work Dave and thanks for taking it up a notch.  Millsy my good man, the heat is being turned up...