From PaulSS: A muddle of miscellany (25 Points)

Today's entry appears to be a single post attempt to dominate the Squirrel duel, but it's been a great opportunity to paint up some of those show specials that have been hanging around at home. 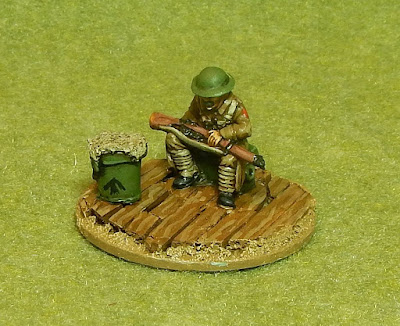 I based it on a 40mm Renedra round and then added some planking made from balsa wood to simulate the floor of a dug-out. The covered bucket is from a Great Escape Games 'fist full of baggage pack' Likely a temporary latrine, but probably not best to think about that!

The paint job was rather simple, mainly English Uniform, Khaki and Reflective Green. All washed then highlighted and then brown-lined with Windsor & Newton Peat Brown ink. 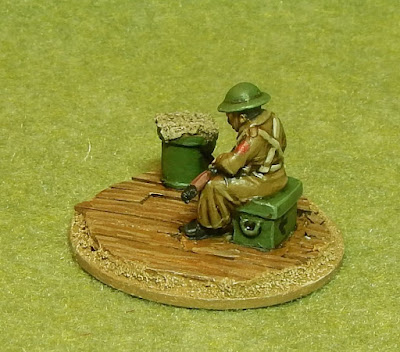 Another Partizan show figure done this week is Mary Seacole, Crimean War Nurse from 'The Other Partizan MMXVI'. Mate Lee is emigrating to Australia and found it while he was tidying for the move and sent it over for me a few weeks ago. 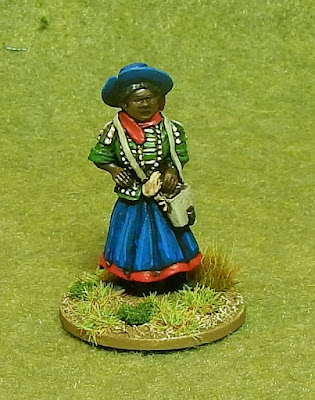 Like all of the Partizan show figures it's a great sculpt with bags of character and was a really easy paint job to execute. The main colours being Flat Green and Royal Blue. After blocking in the base-coats it was washed with Army Painter Strong Tone then the colours re-applied and highlighted then finished off with a brown-lining with Windsor & Newton Peat Brown. 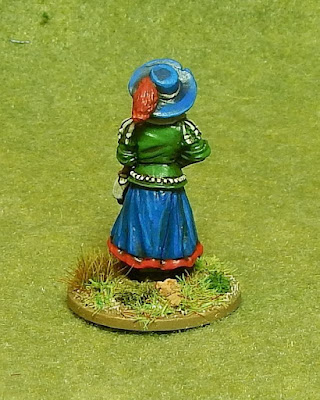 The third figure in this group is a Medieval Royal Maiden - Correction: Maud of Flanders, wife of William the Conqueror that I think was the show figure from Crisis 2016 that chum James sent over to me last year. 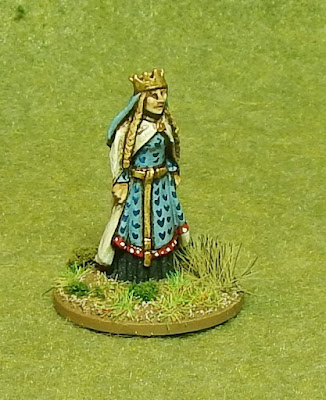 A very nice sculpt that cleaned up very easily and took only a short while to paint. I tried to restrict the pallet so the light blue base for the embroidered gown is the same light blue as the veil covering her hair. 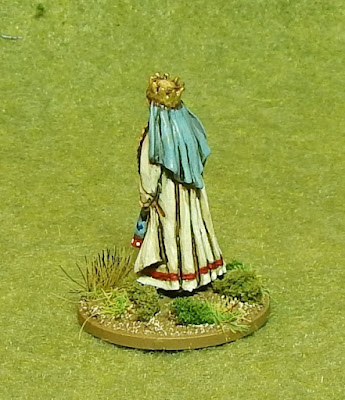 Finally a base of pheasants from Warbases that Victoria gifted me over the festive season, like all the Warbases livestock it's a cleanly cast collection that paints up very easily. 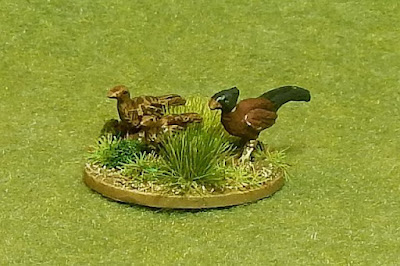 A lovely assortment of figures, Paul, and made even more special as they all originated from friends and loved ones.

The planking and pale are a great touch with the 'Dulce et decorum est' piece and I really like the simple elegance of the Medieval maiden (great choice of colours), but I have to say I'm strangely taken by the pheasants. I think may I need some of those to help tart-up my future command bases.

All of these will help you chip away on multiple fronts in the Squirrel Challenge. Excellent work.

Posted by Paul Scrivens-Smith at 3:02 pm