My 2nd Union regiment, the 57th Pennsylvania, is complete. Much improved on the 63rd, both in painting and photography, thanks Sean for the advice. 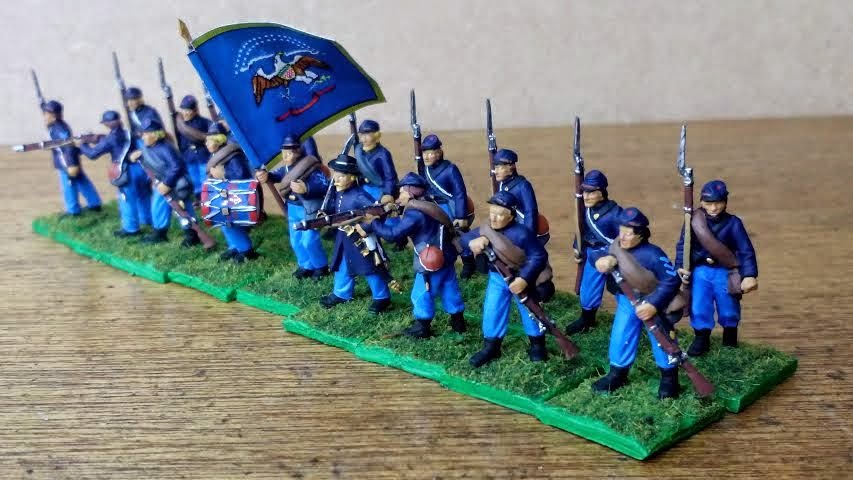 I have this ongoing quandary with eyes. Some figs don't have obvious eyeballs and it is simple to just shade this area, but many, these Perry figs included do and I feel obligated to paint them. The problem is the pupils. If I leave them out  then look fine on the table ("don't shoot until you see the whites of their eyes") but up close they are the undead (see below). If I put them in then to avoid the vacant staring look they end up looking quizzical, surprised or even like they have been groped (see drummer in previous submission). What is the opinion of others? 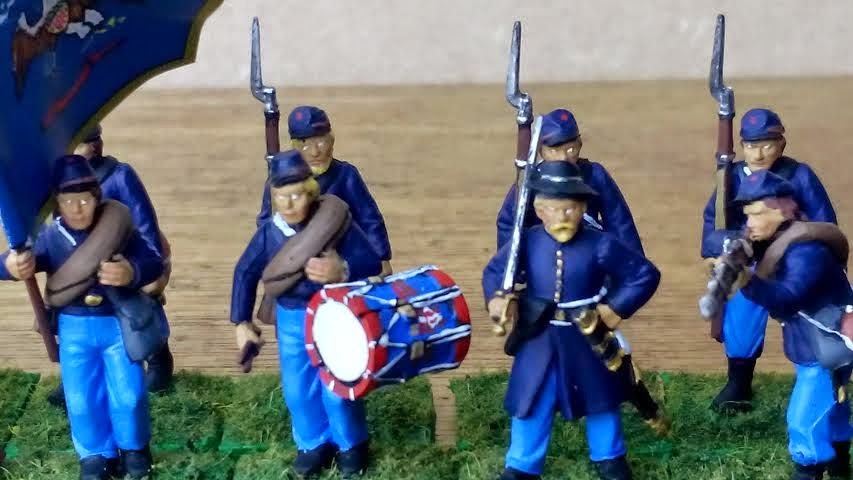 Confederates next for a change.


Ah, yes, these show up much better! Lovely work Martin. The uniforms look very vibrant and I particularly like the detail work you put into the drum - wonderful. Personally, I pretty much never do eyes as, in these scales, you would never really see them, as often they are in shadow from the brow. Also, as you point out, they can be damnably tricky to pull off properly and I'd much rather be moving on to painting another figure. Just my opinion though, and I know others will disagree with me. Horses for courses, I suppose.

These Yanks will be worth 92 points, with extra for the flag and drum.