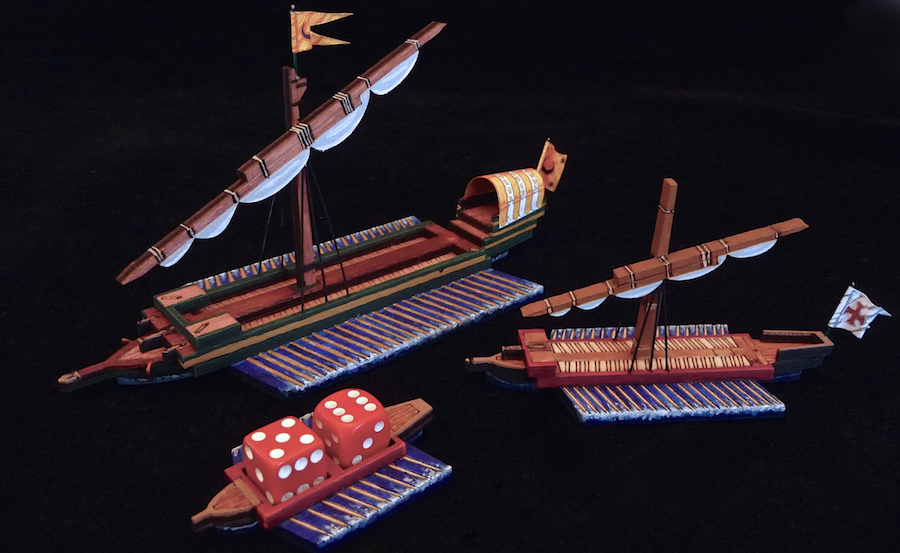 A few weeks ago I saw a post on Thomas Foss’ ‘Skull & Crown’ blog where he was play-testing his draft rules and prototype models for Renaissance-period naval combat set in the Mediterranean (update: the rules are titled, 'Galleys, Guns and Glory'). I was blown away by his 1:300 scale wooden models and so contacted him to see if I could convince him to both be a sponsor to the Challenge and to let me get my grubby mits on some pre-production samples of his models. Of course, being a very gracious gentleman, he agreed to both and so I present here some samples for you to check out.

The ship models are ingeniously designed, with each ship, depending on its size, being created from 4 – 7 pieces of flat, laser-cut wood. The pieces are essentially assembled in layers, from bottom to top. While certainly not a perfect rendition of renaissance galleys they provide, in under 10 minutes assembly, a wonderful impression of those elegant vessels.

For this post I’ve assembled and painted three ships, the larger one in green and yellow is a Turkish ‘Galley’, the slightly smaller one in red is a Knights of Malta ‘Galliot’, while the little craft without the sails is called a ‘Fusta’ and serves as a small galley / dice-holder. (I don’t have a copy of the rules yet (subtle hint to Thomas) so I can’t tell you what the Fusta’s purpose is, but my hunch is that it’s used to track ship damage or perhaps morale on the larger ships. Anyway, it’s pretty darn cool.)

Thomas was kind enough to provide me with some flags and awnings which you can see here. I understand there will also be ‘strips’ of bulwark art, but it is still in production and will be available later. With that being the case I just bodged a rough paintjob for the hulls. I have to admit that in my eagerness to get to grips on these that I forgot to properly sand the surfaces, so I apologize if the paintwork seems a bit rough. 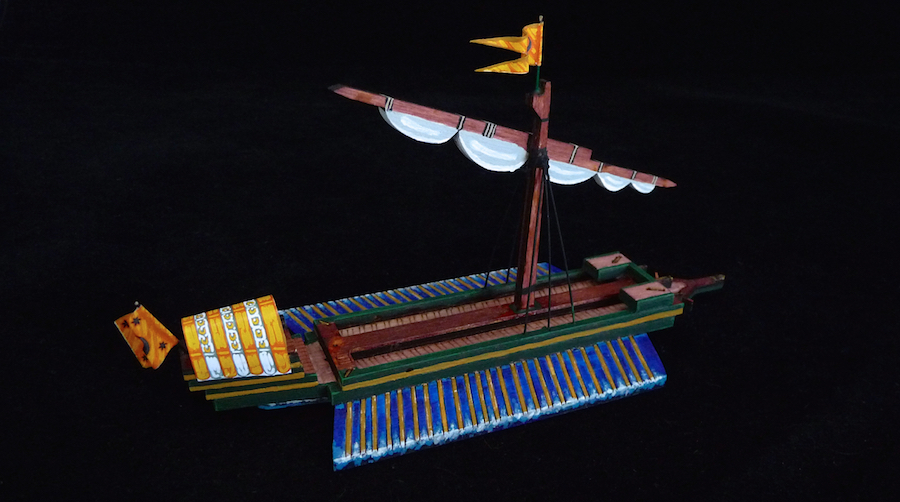 I used .02 mm plastic rod to mock-up the rigging that seems to have worked out pretty well. At first I thought it wouldn’t be robust enough for gameplay, but now I think it may hold up alright (and imo it's much easier to work with than fiddling about with thread). 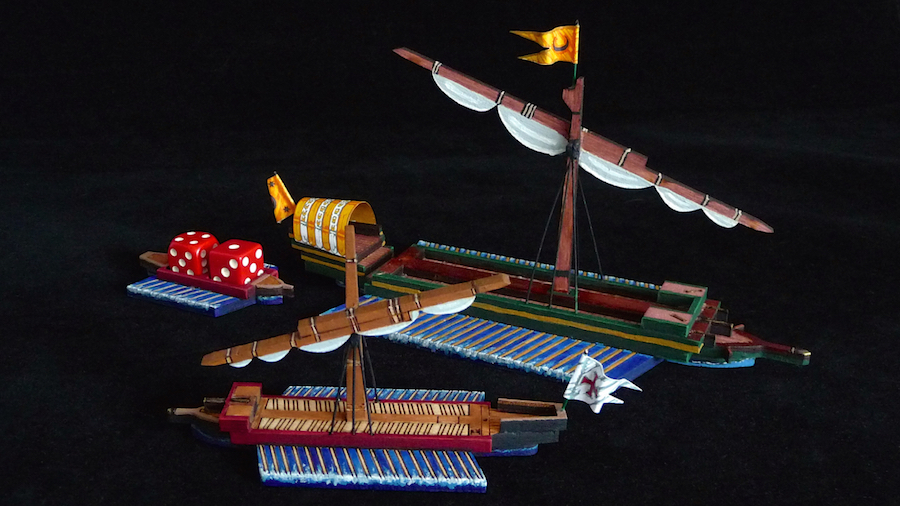 To provide a sense of their size I’ve included a shot below of the Turkish Galley next to a 28mm SCW armoured car and corresponding figure. As you can see the Galley is quite a sizeable model. I understand that there is one class of ship that is even larger, the ‘Lanternas’, which, of course, I’m very keen to see.

I was also provided with some round crew tokens (not shown here) but I’m thinking I might use small bases mounting 1/300 scale figures for a bit of fun.

Thomas has informed me that while the pricing has not yet been set, one can expect the ships to range in price from $10 – 25 (USD) which will also include crew markers, cannon smoke markers, a sheet of giclee printed flags, awnings and pennants (in a choice of Turkish, Venetian, Maltese, Papal States or Spanish colours) AND the larger ships will come with a ‘Fusta’ damage dice holder. With a typical force being around 3 to 6 ships it seems to me to be an affordable entry to a very characterful period.

Thanks again to 'Skull & Crown' for these pre-production samples - they were a complete blast to work on. I wish you the very best in this new endeavour and I can assure you that you have my future business! 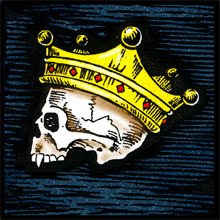 Okay so for points, I’m thinking that the Turkish Galley is equivalent to a 28mm vehicle, the ‘Galliot’ to a 20mm vehicle and perhaps a few more points for the Fusta, so say 30 points total? We'll run with that.

Finally, for those who haven't voted for the 'Victorian' theme round please remember to head over to the theme gallery, enjoy the submissions and cast your votes for your favourites. As you can see below the race is very tight again this week, with only a few votes separating those in the top six positions. 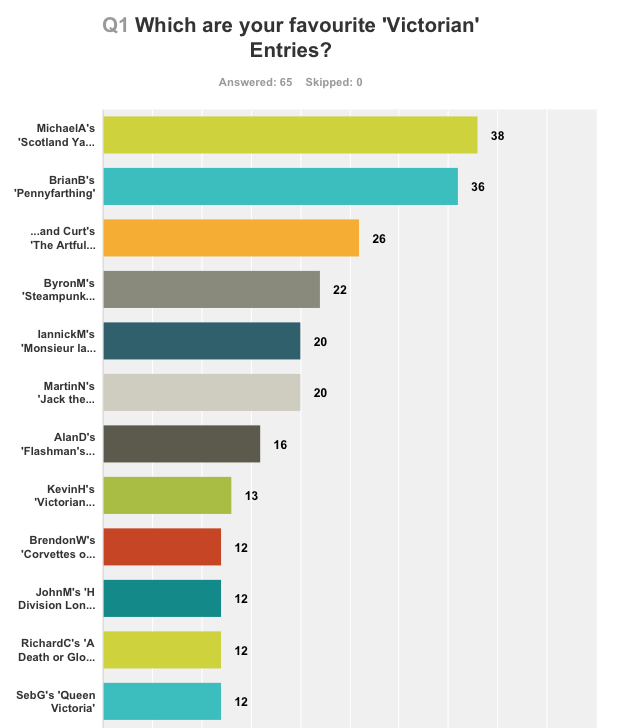