This'll be short and sweet. I've rushed these because, frankly, I've been dragging my feet of late. 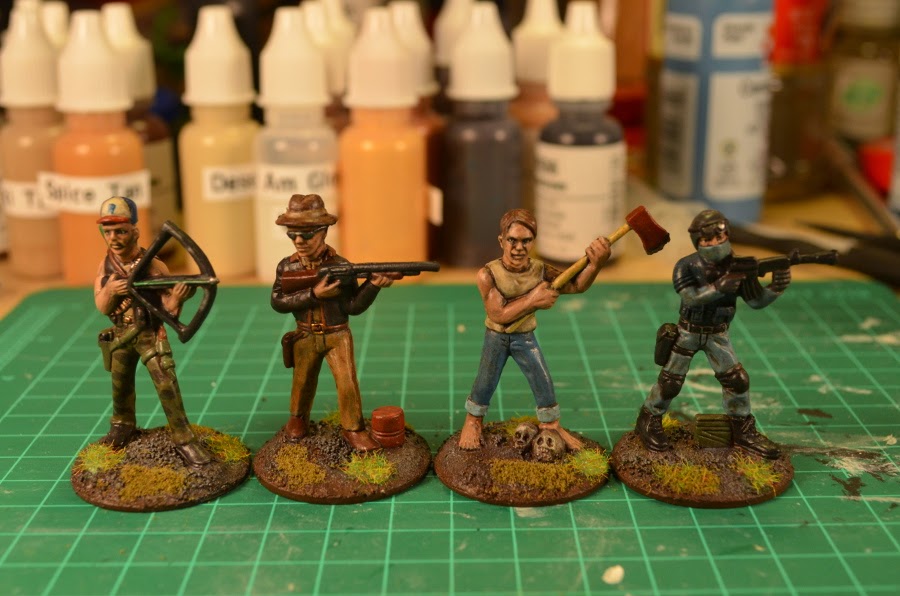 Sorry about the blurry second picture. I also apparently didn't sit the same distance from the table. 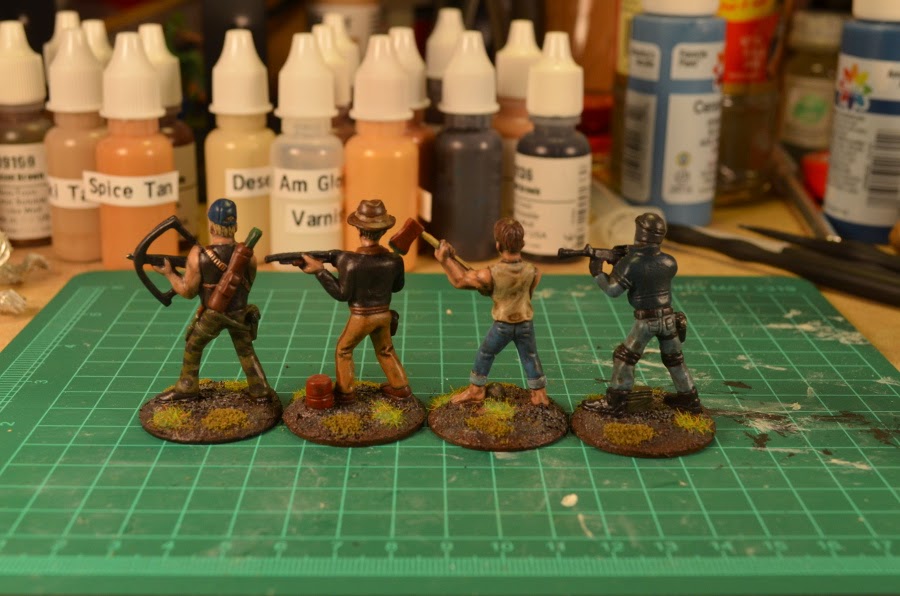 We have here Jethro, who seemed to be living the apocalypse lifestyle before it all went south. Three guesses what his favorite beer is. Hint, Dennis Hopper loved it in Blue Velvet. Next to him is Deputy Hogg. A law man before society collapsed, justice is now delivered at the end of his shotgun. Next we have a member of the Campbell clan. Is it Bruce, Curt? Even he doesn't know, as in his amnesia he's even forgotten his shoes, but not how to kick zombie ass. And lastly we have SWAT officer Figueroa, why Figueroa? Because that's what came to me as I was writing this. After watching the rest of his team get feasted on he's gone solo. You will never see him coming.

The only thing new is that, on the ones with visible eyes, I painted their eyes. I used the 0.1mm pen technique. I'm pleased with the results.

Wish me luck on the hot round, I've got one part primed and the other is in desperate need of pinning and green stuff. Now where did I leave that stupid pin vice?

Nice entry Sean. Who makes these figures? Great job on Jethro's camo and his ball cap. Campbell looks like he should be holding a popped umbrella instead of an axe (which, knowing my luck, is probably what I'd  be armed with in any zombie-apocalypse). I dunno, I don't think I hold out much hope for these guys, except perhaps the mysterious 'Figueroa'.

Good luck on your pinning - I hope to see your 'Hot' submission for Sunday!