This week, for my 16th entry, I have some more "definitely not blobs" for my ACW Union army. I've modified my system for painting these again - a change in the colour order which has eliminated some of the need for touching up and halving the number of strips being painted at one time. It's definitely much easier - painting the same little bit of detail on 112 figures was leading to a numb brain when you got to the last 56 or so...

But enough of that blather, on with the show. As before, the figures (and flags) are from Baccus. 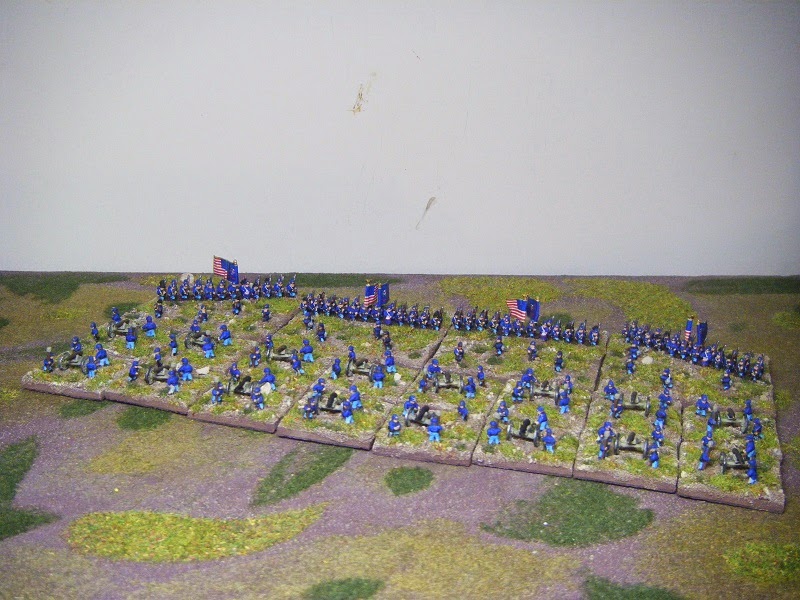 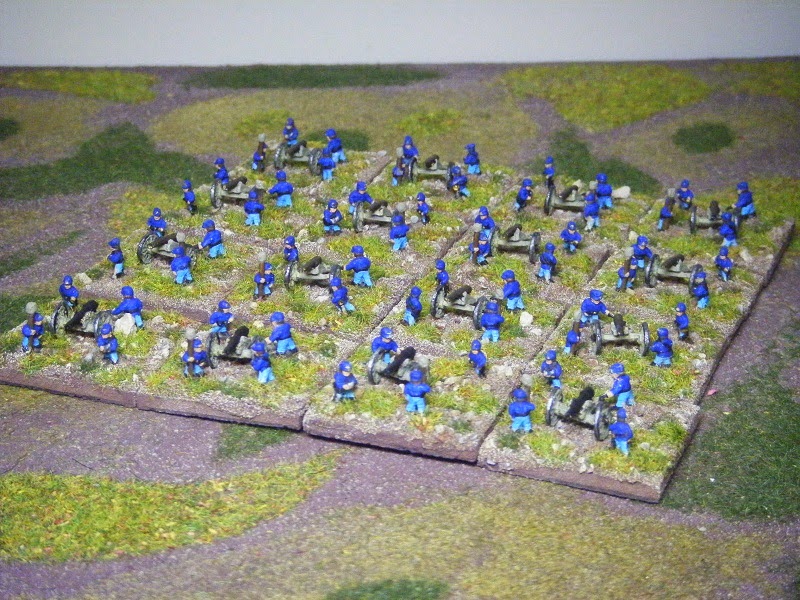 It might look as though I've gone a little bit overboard having 16 batteries, but I can assure you that is not the case. I will be adding a few more at some point. Besides, eventually they'll be supporting 40 or 50 regiments of infantry. 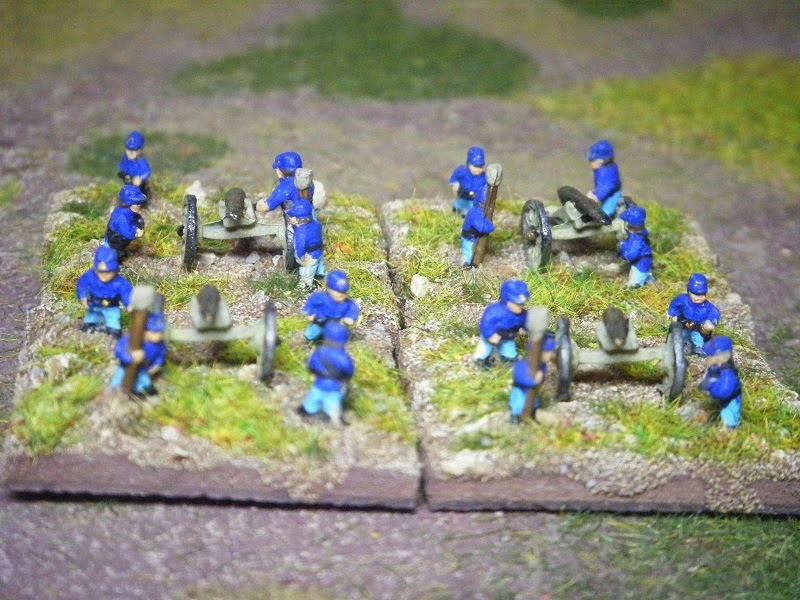 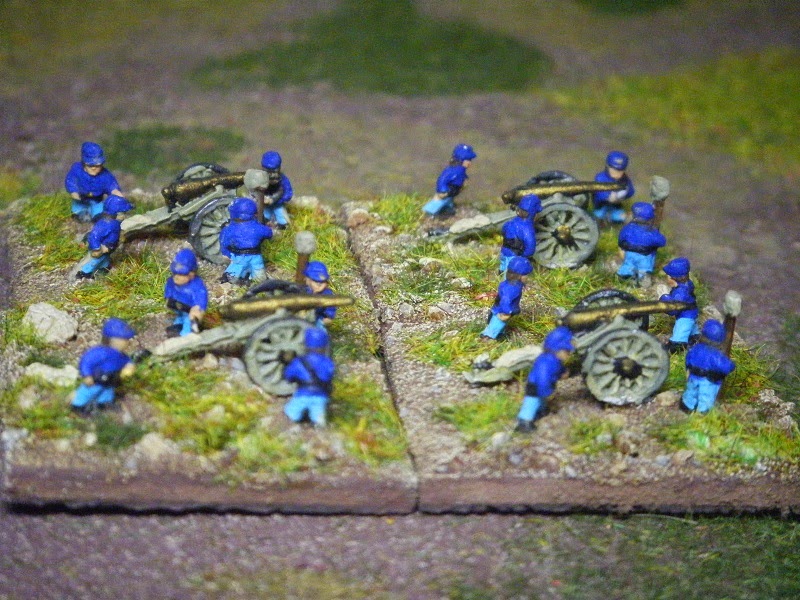 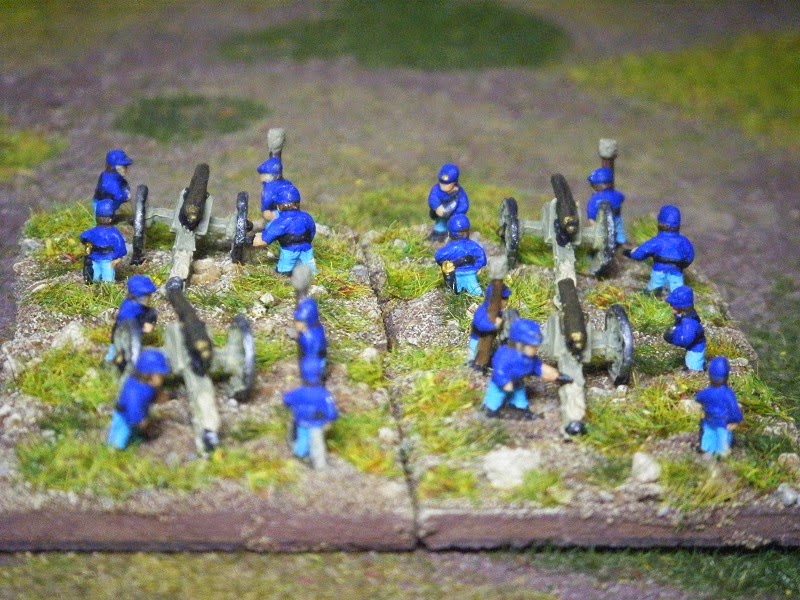 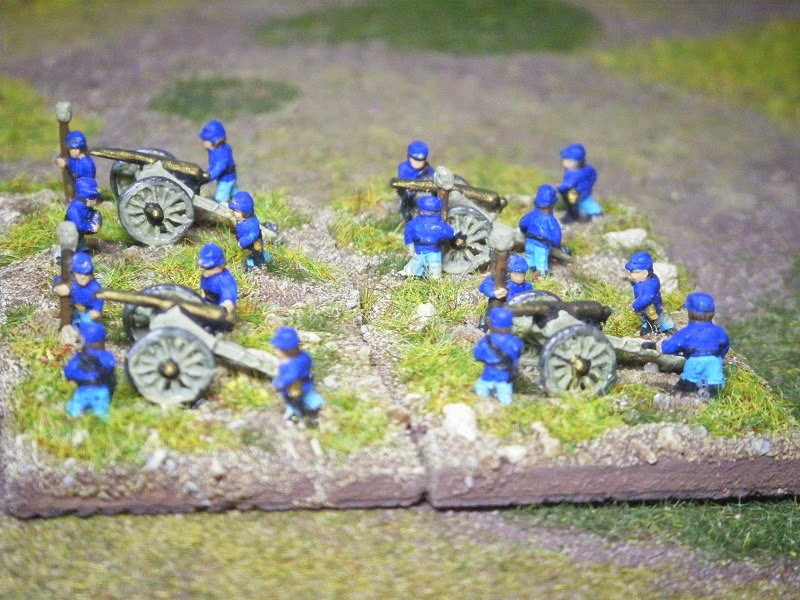 There are in fact 12 batteries of smoothbores, but it was easier to just take close ups of 4 of them. 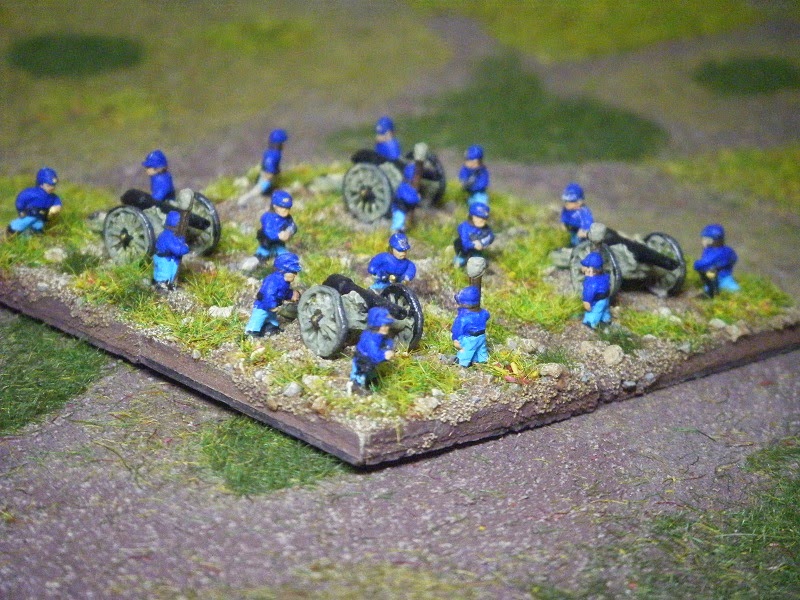 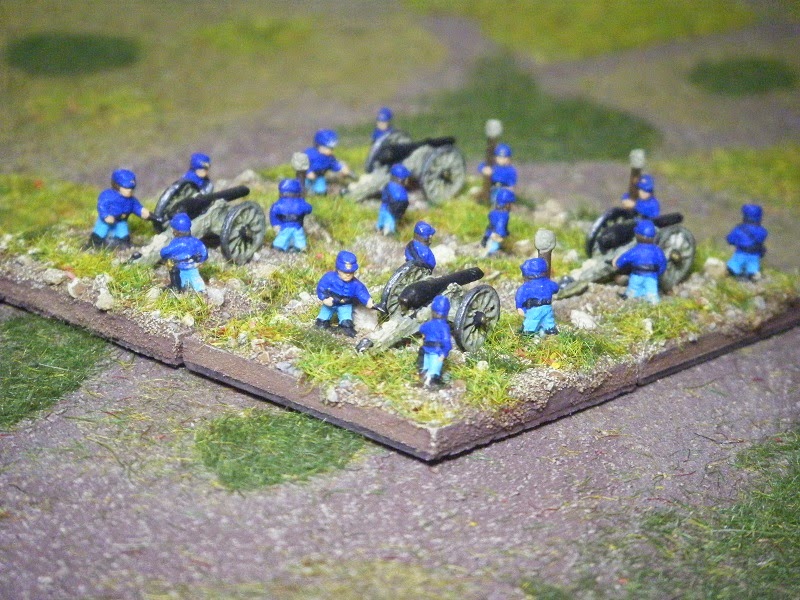 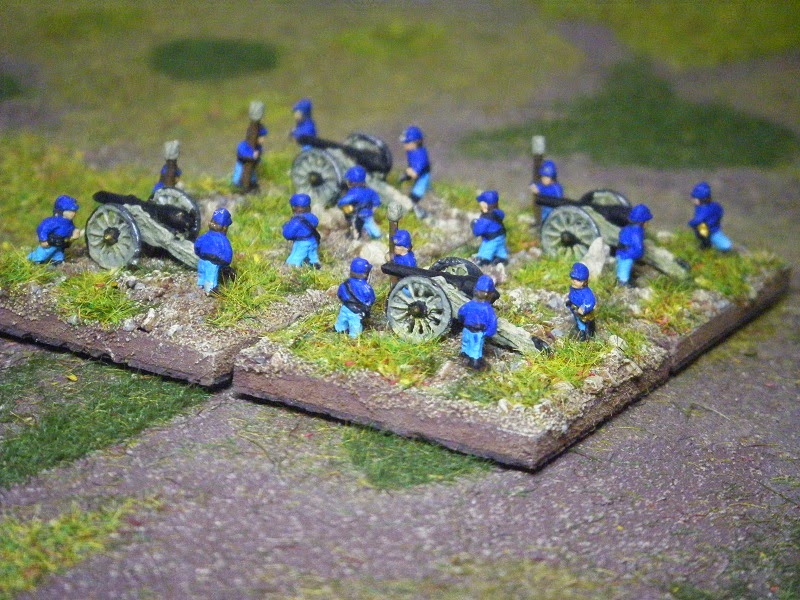 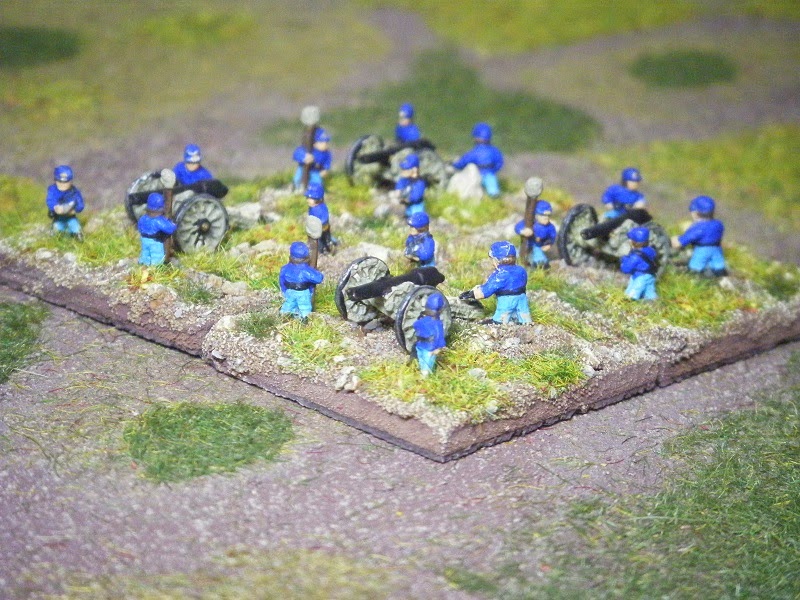 There are just the 4 batteries of these, so you got to see them all!

To round things off nicely, here are 4 more regiments to reinforce the 8 I've previously painted. As you can see, with two of these I have played around a little with the formations. I might do a couple in marching column in the next batch and maybe add a mounted officer to a couple. 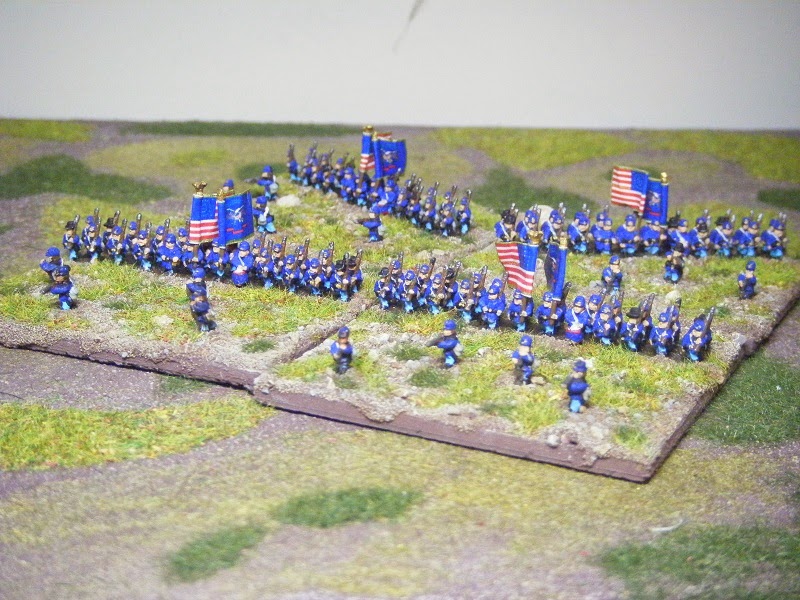 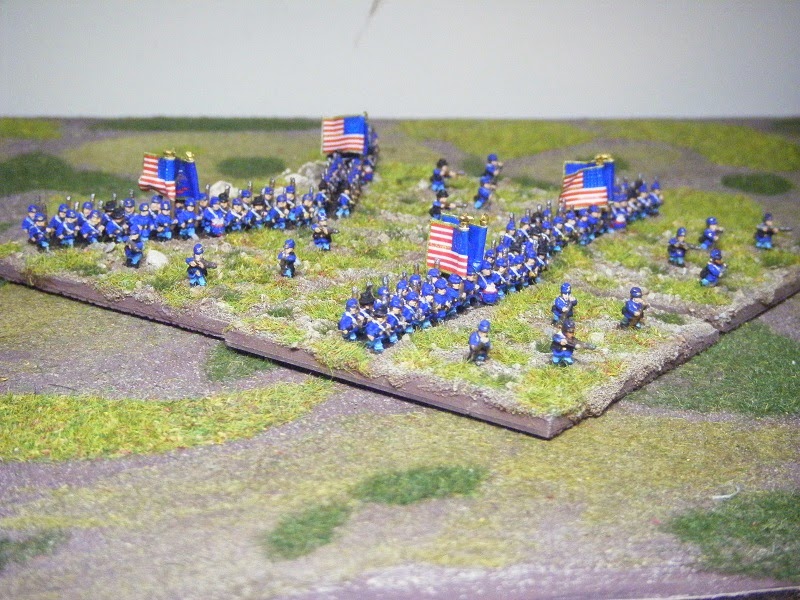 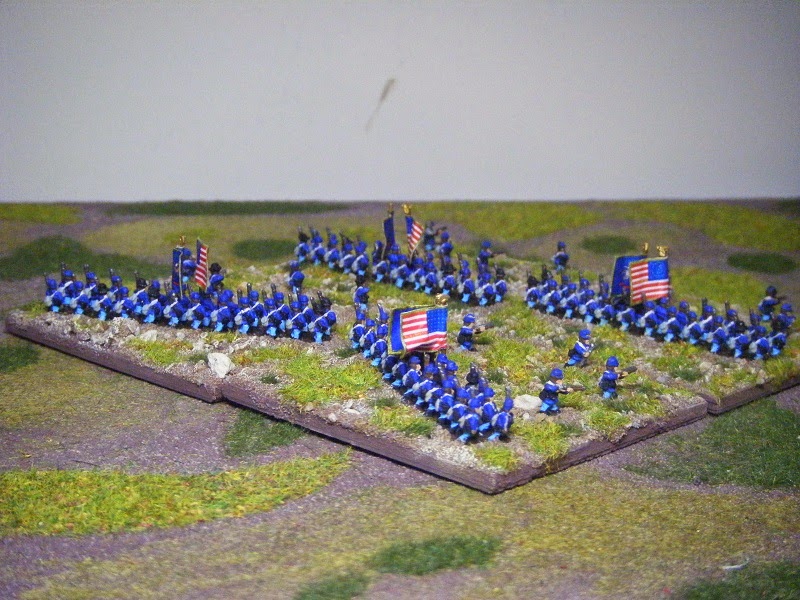 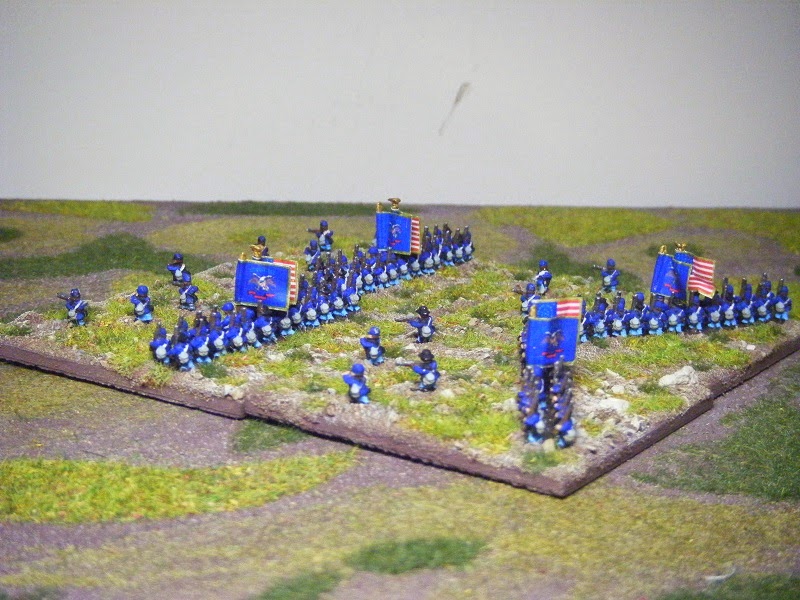 The Corps Commander's view from his observation balloon: 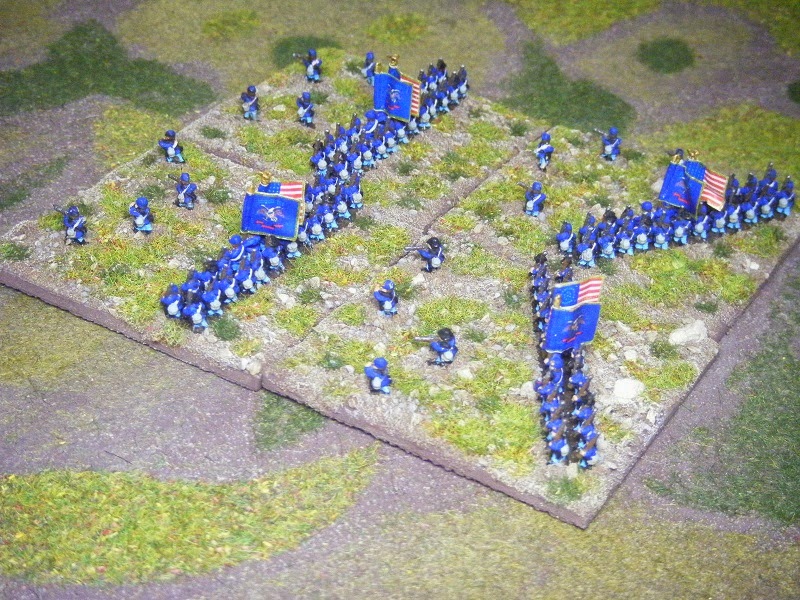 So, time to tot up the points.

Next week I will give you (not to mention myself) a break from the eyestrain of 6mm shininess. There will be some more SciFi gorgeousness to feast your eyes on. Definitely some 15mm and hopefully some spaceships.

Lovely work Tamsin! That is an awful lot of artillery but then again the Bluebellies did have a penchant for lugging lots of iron around with them. Darn show offs...

I really like the regiments that are based on a diagonal - it somehow gives the impression of the line being in the midst of a wheeling maneuver.  I'll have to try that with some of my 6mm Napoleonics.