The end of the line: last entry for this year's Challenge.

This will be my last entry for this years challenge.. It is again a mixture of things I wanted to finish to complete some ongoing projects. With these points added to my total I will achieve my raised goal of 750 points; which is more than I expected at the start of the Challenge..

First up is a 28mm 6pounder A/T gun to support my CoC late war British platoon. I thought it was better not to rely on the PIAT within the platoon against armour but add a real tin-opener instead. 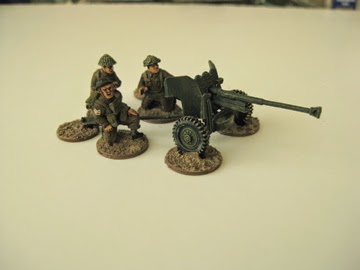 Gun and most of the crew are by Crusader; the NCO is a B.E.F. figure by Crouchy. 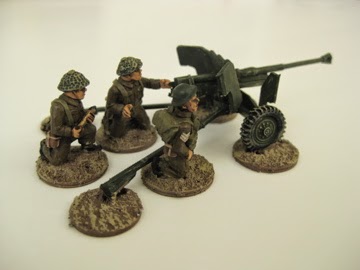 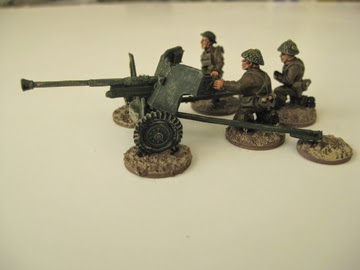 Next up are the last of my Mahdist Ansar to complete my foot warriors... A small unit of 10 riflemen. I no only have to paint some cavalry and a gun in order to complete this force before the next Sudan game. Figures are Perry plastics. 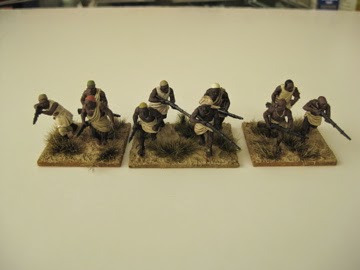 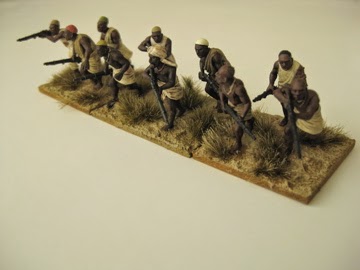 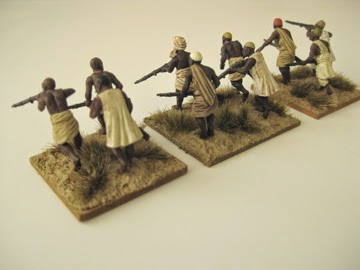 With the Mahdists almost done I also started painting up some Brits, being inspired by some of the work seen during this Challenge. After a previous entry with some infantry I have now painted some Mounted Infantry. Figures are Empress and are actually from their Zulu range but I found these were so nice that I had to have them in my Sudan force. I also will paint the foot variants of these figures so I can use them in a dismounted role as well on the gaming table. 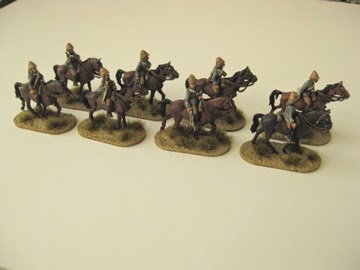 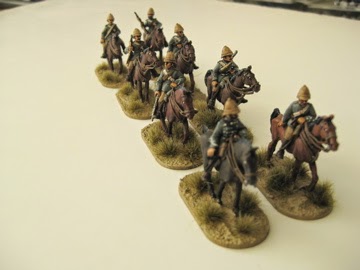 The last figure is the penny for the ferryman - the entry fee for Curt. I had no idea what to paint up so I went through the box with oddities once more to see what would fit the label.. 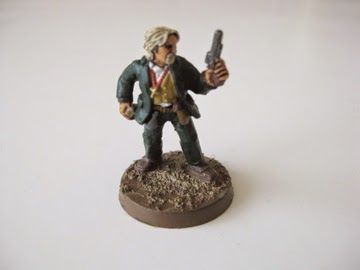 I came up with this Foundry figure that was in a gift pack many years ago when I had placed a large order. I think it is some kind of Victorian vampire killer: wearing a cross, a bottle of holy water on his belt, a wooden stake and off course his gun with silver bullets. 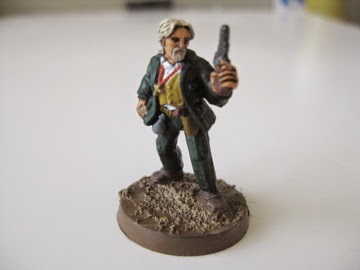 Rogue, villain, hero or antihero.. Whatever the outcome, it will for sure find a place in Curt's cabinet.

A great final entry Rob! I really like that unit of British mounted infantry on the pill-shaped bases - very sharp.

With this last entry you've handily met your second Challenge target of 750 points  - Congratulations! We'll see if Mike and Jake will join you in the closing days of the event.

Finally, thank you very much for the Vampire Hunter! I think he has a certain Chris Christopherson look about him, which is very cool. An excellent addition to the Curtgeld display case. Again, thank you my friend!