After all those points bombs, here's a teeny tiny entry. 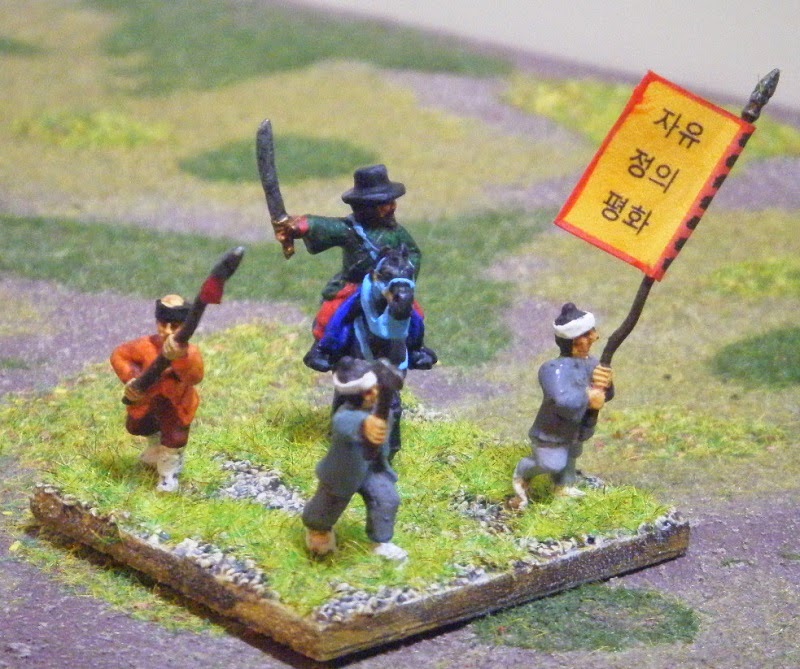 For my ever-expanding Choson Korean army, to use it as a certain date in FoG:R (1592-98 - the Samurai invasions of Korea) you have to take some warrior monks and some Righteous Army. The latter were a volunteer force composed of a mix of rural nobles and gentry, some monks and mostly peasants. And some regular troops from units which had fled or been destroyed. They mainly conducted guerrilla warfare against invading or occupying forces. 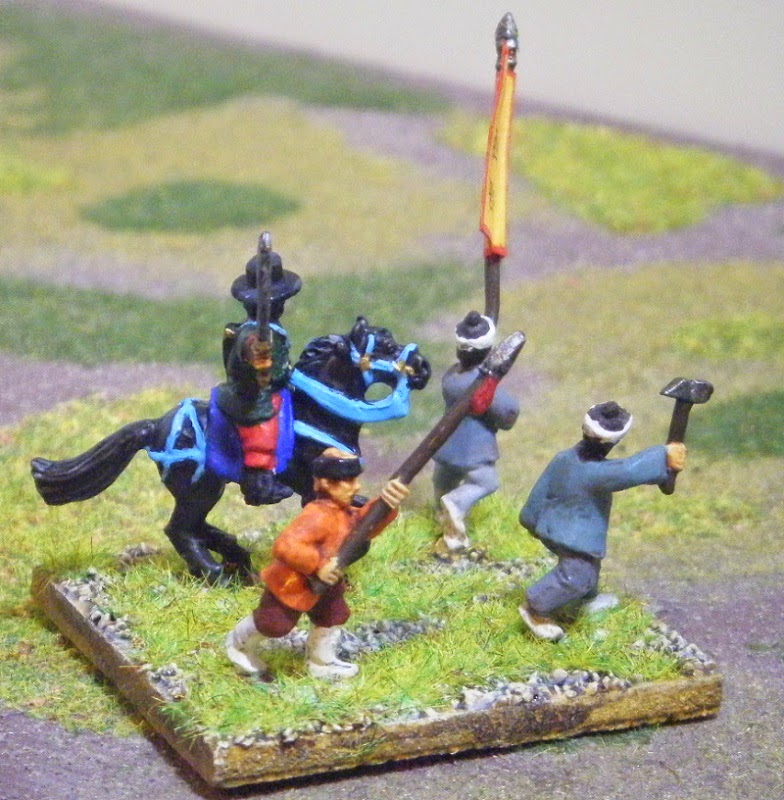 While I was prepping the figures for the warrior monks (which I might be taking away with me to paint over Christmas. Well, I will be taking them with me, whether or not I paint them is an entirely different matter. Oh, hang on - this post is going to be going up after Christmas isn't it? Well, you'll find out whether I did or didn't paint them if there's a post with them in today...) I noticed that I had the figures to do command stands for the warrior monks and the Righteous Army, so I prepped and primed those as well. 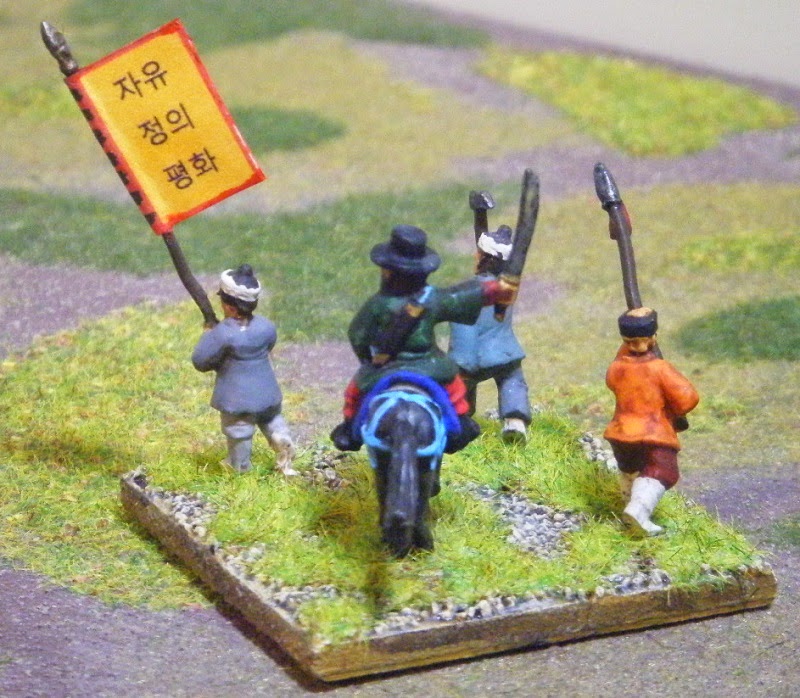 Just to get it out of the way and because there would only be space for all 16 bases of warrior monks and one command stand in the box I was taking away with me, I decided to paint this stand up quickly. 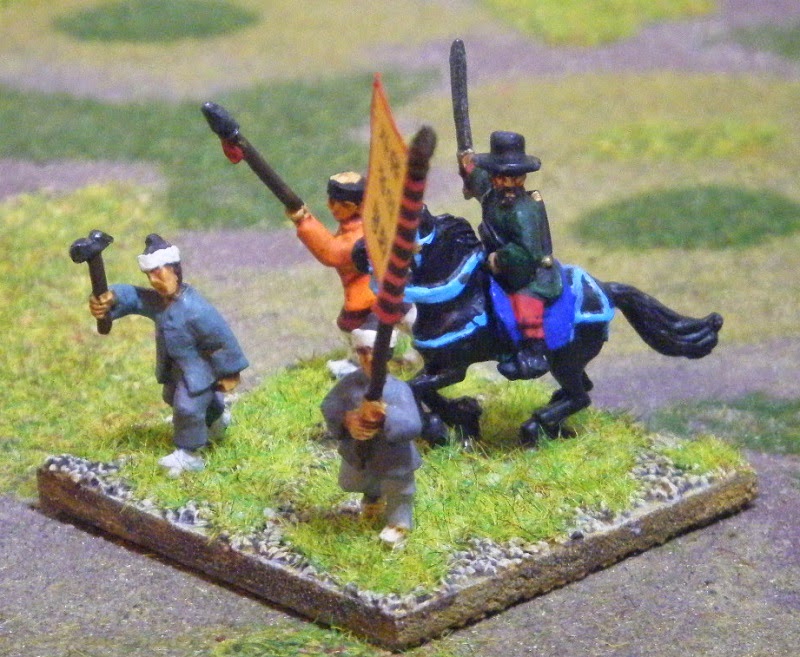 And then I remembered that I'd need suitable flags. A quick search of Google Images for inspiration, then some mucking about in MS Paint produced flags for the Righteous Army and the warrior monks.

A fairly basic paint job, so it will fit in with the rest of the army. Three foot figures and one mounted should give me 10 points, maybe 11 if Curt deems the flag worthy.

From Curt:Great work Tamsin and a worthy addition to your Choson army. I quite like the light blue horse harness and the flag really finishes off the stand.  Jolly good stuff!