A smaller entry than I'd hoped to submit this week, due to a combination of an annoying cold and nearing-the-end fatigue I think.

Anyway, on with the post. As the title suggests I've got some more 15mm Seven Years War Russians for you this week: 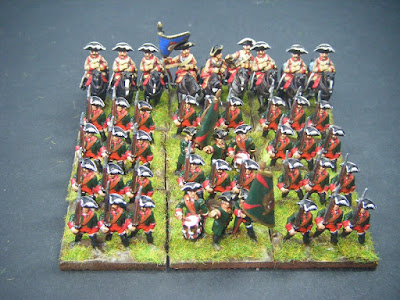 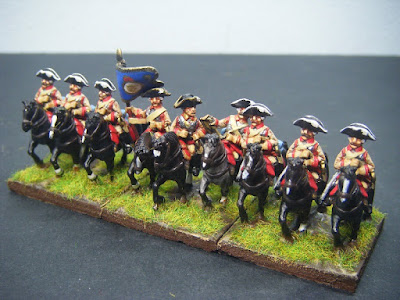 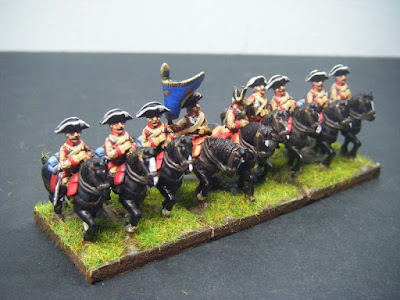 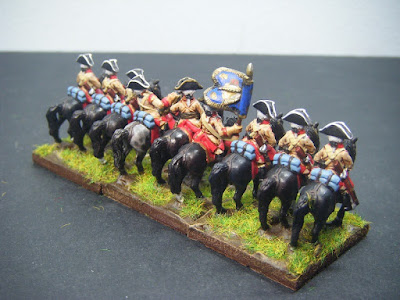 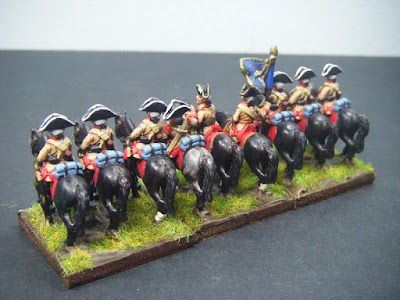 This is the 5th and final Russian cuirassier regiment that fought in the Seven Years War, and also the last of the regular cavalry for my army - Cossacks only from now on!

Pic of the box of regular cavalry: 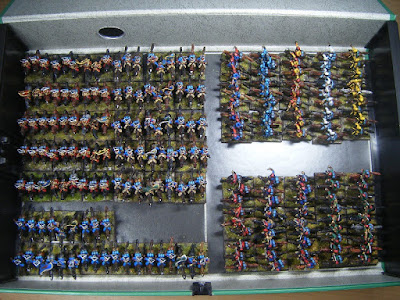 So, that's five regiments of cuirassiers, five of horse grenadiers, three of dragoons and 10 of hussars. the Cossacks are in another box. 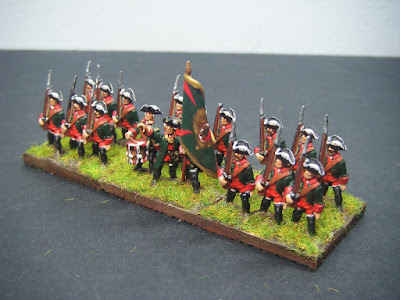 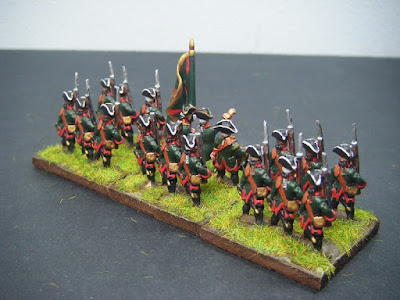 I had a few unfortunate bayonet breakages with this batch of infantry - maybe the blades got left in some Prussian cavalry horses after a charge? 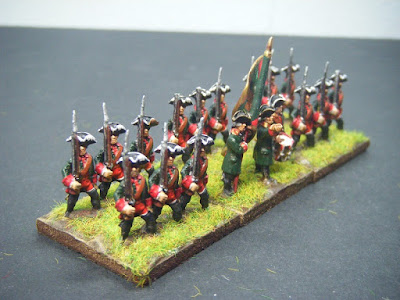 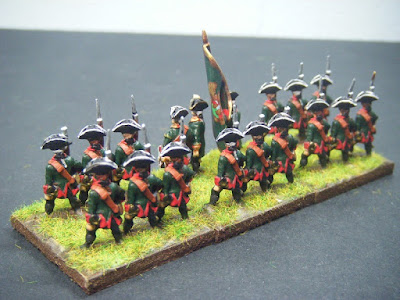 As I was putting these away I spotted a bit of a booboo I'd made - I'd used the wrong flock! Oh well, maybe there in a slightly lusher part of the battlefield!

All the figures are from Essex and the flags are hand-painted in my usual impressionistic style.

I'm already past my total points from AHPC6 and this entry leaves me within spitting distance of my totals from AHPC3 and AHPC4 - my next submission will take me past them.

MilesR: I swear your 15's look better than my 28's - these are wonderfully painted, despite the horror of the wrong flock - lets blame Steve Harvey for that too.  First Miss USA, then last night's Oscars and now your very own flock-gate - that man is a terror.  Just tell your opponent you modeled these guys marching over a septic tank...