Today I post for your consideration a rather eclectic mix of miniatures.

First up is a continuation of my Late War German forces for Bolt Action. Joining their brothers-in-arms is a second batch (this time of ten) Panzer Grenadiers with more Panzerfausts than you can shake a stick, or a T34, at. 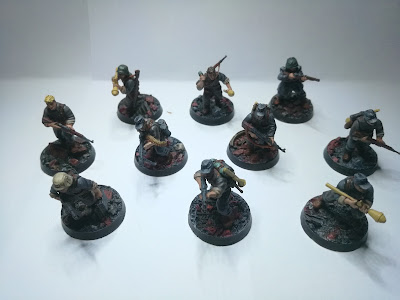 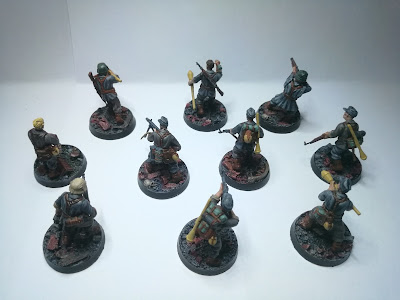 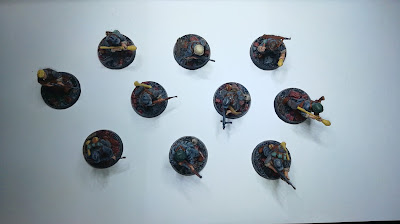 To support their efforts I've also painted a second Panzer IV, this one in a radically different way to the first tank I submitted to the Challenge all those months ago. After some reading I discovered that the change over to the yellow paint happened in early '43, so I thought I'd paint one as such to differentiate the two otherwise identical vehicles. 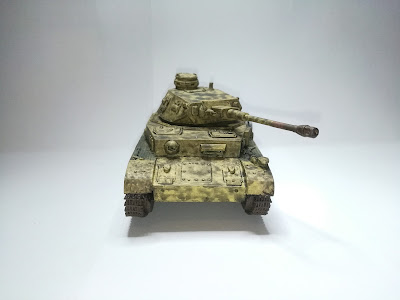 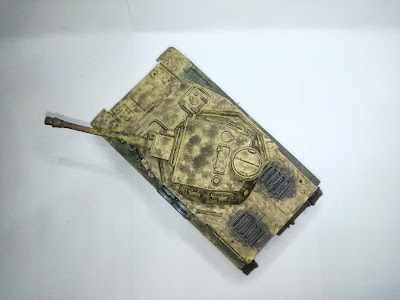 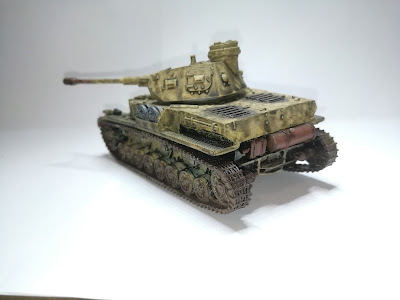 Now this is where the submission turns a tad weird. To break up the WW2 block I've turned my eyes to two Sharp Practice projects and put together a few test models, some of which are finished.

The first project is a force to partake in a 1812 - Retreat from Moscow campaign alongside Mr AlanD and Mr AledC. The first models for the project are six Russian Jaegers in Winter gear from Perry Miniatures. I had so much fun painting the first test miniature, I started and finished the rest of the six man group the next day - no where near comparable to the volume of miniatures some folk in this Challenge have been pumping out but it was my fastest batch painting attempt in a very long time, so I'll count them as a personal victory. 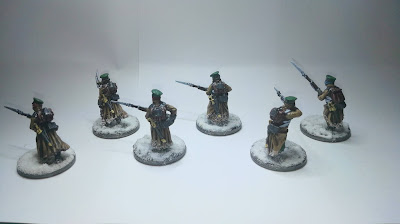 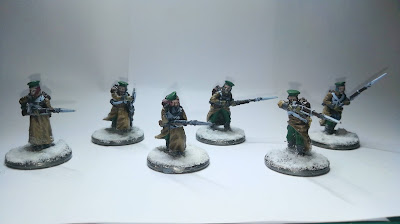 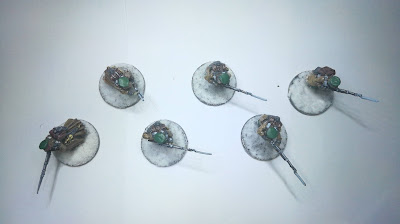 The final part of this submission is my humble Curtgeld offering to go alongside the joint submission of the ladies and gentlemen of my regular gaming group. 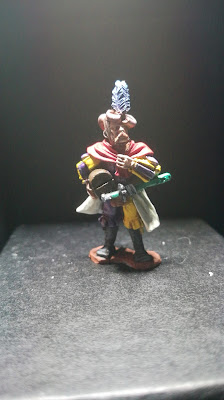 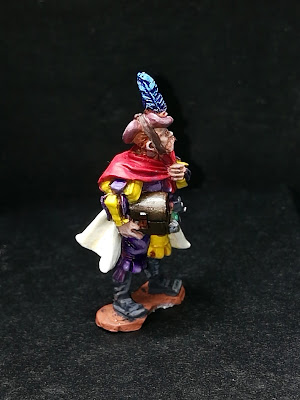 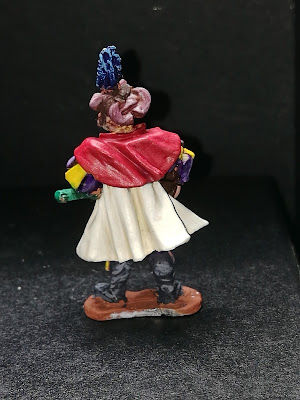 I wish everyone good luck and a steady hand as we enter this final stretch of the Challenge. I know I'll be cramming in as much painting as possible to reach my goal.

Alan and Paul: Congratulations Phill! What a great, and eclectic bunch. They are all great, but my faves are definitely the Russian Jaegers. I can't wait to see them along with our French on a big wintry table for a game of Sharp Practice. Brilliant work on the Landsknect as well - looks like I had better get on with basing the whole group. Five days to go! Get that Russian army finished!