One of my goals for this Challenge was to paint some badly needed cavalry reinforcements for my 28mm Russian Seven Years War army.  I bought a pile of unpainted figures from this fellow and they arrived just at the start of our paint-a-thon.  Most of the figures are Front Rank, and I thought I'd start with these Dragoons.  Apologies for the dodgy basement lighting. 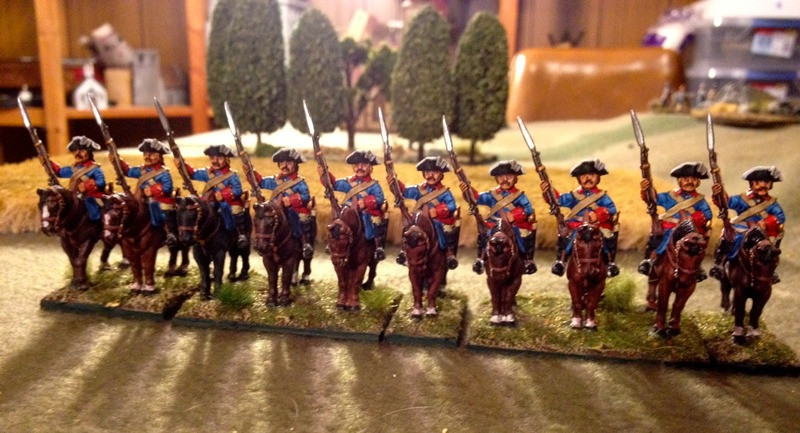 Tamsin has already made this army look very sexy with her exquisitely done 15mms.  They look pretty good in the bigger scale too, and no one does big burly 28mms quite like Front Rank.  They are a somewhat dated line now, and haven't been updated for decades, but they have a somewhat Old School look that I find attractive. 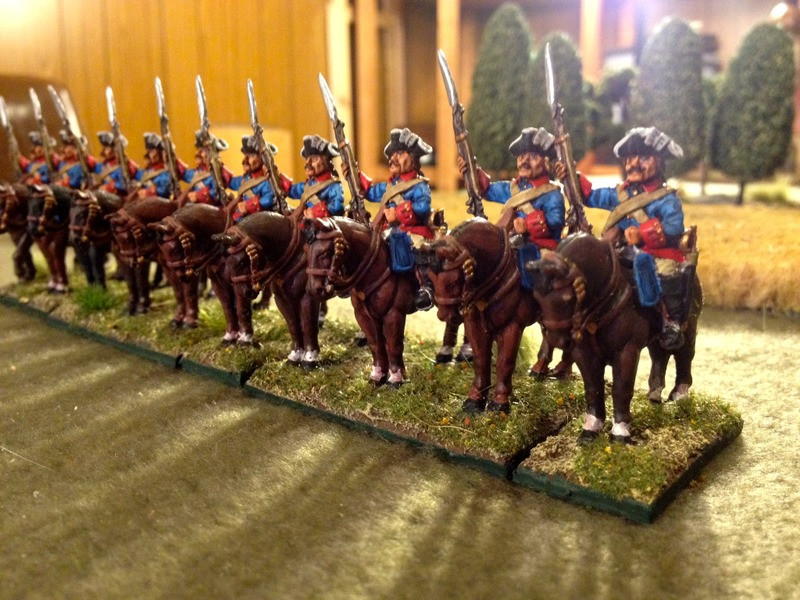 Sadly these fellows didn't come with a command stand, which I'll have to remedy at some point.  They look good enough for now going out on patrol by Sgt. Kropotkin.  The Russian SYW cavalry could be dressy, especially the flashy Liebgarde and the Cuirrassiers, but while the dragoons had a more workmanlike uniform, the cornflower blue coats with red turn backs are quite attractive. 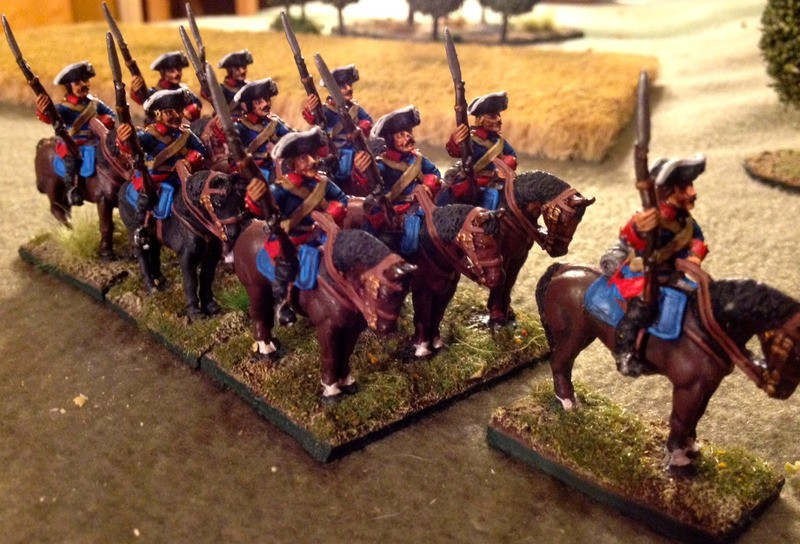 I've based them as heavy cavalry to support the hussars and cossacks, but once I get some of the Foundry dismounted Russian dragoons (the madness never ends), I suspect they'll also fight on foot.   With the musket butts resting on their knees, it rather looks like their awaiting the command to dismount.  Besides using them in with the Maurice rules in larger battles, I have plans for skirmish actions in the Crimea against the Ottomans using TFL's Sharpe Practice rules. 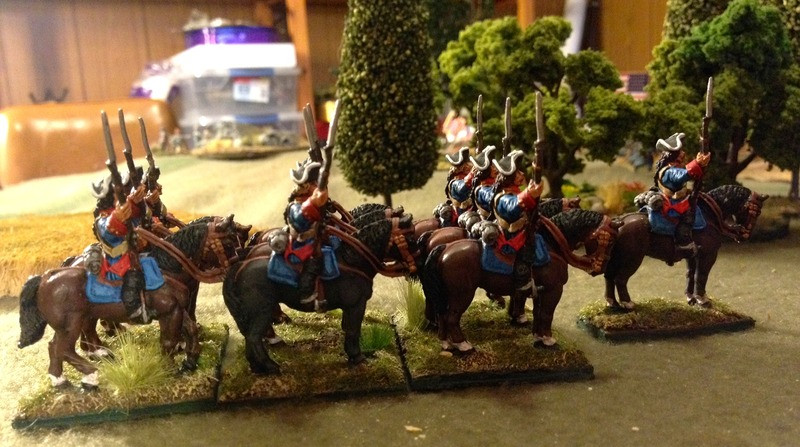 There's something very zen-like about painting the same figure in the same uniform over and over again.  I gave them some slight variety for the horses and chose to give them some variety in their hair rather than give them all powdered wigs.  I figure that a working dragoon regiment out on the frontiers of Mother Russia wouldn't bother with fancy powdered wigs. 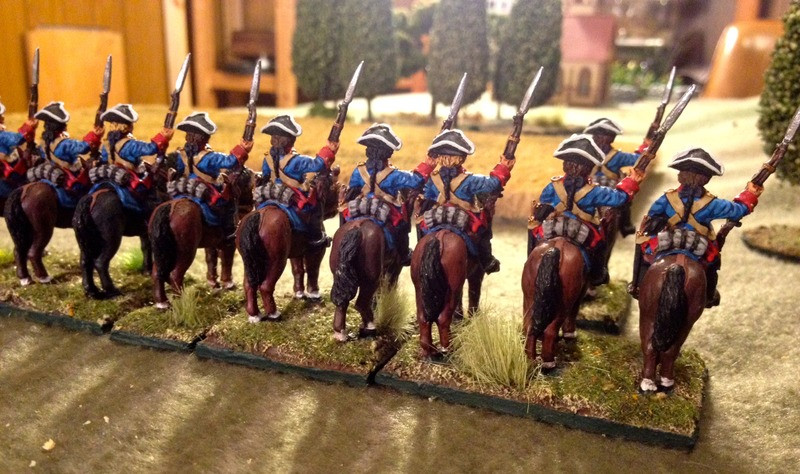 Thanks for looking.  If my count is right, for ten mounted 28mm figures this entry gets me 100 points.
Cheers,
MP


Oh my, that is a lovely lump of heavy metal cavalry to be sure. Wonderful work Mike! You've done a great job on their uniforms and I especially like how your horses turned out. I always think that the completion of a unit of cavalry always needs to be celebrated - so bravo to you Padre!

I completely agree about the zen-like mood one can get into while painting uniformly dressed (and posed) units. I'm in the midst of doing a bunch of irregular infantry, all in different dress and poses, and I am at risk of loosing my mind trying to make them all look, well, irregular!! I've had to switch gears to work on bog-standard RCW figures in order to enjoy the blissful monotony of repetitive, unimaginative uniforms!