From PaulS - Wars of the Roses Mercenaries (30 Points) 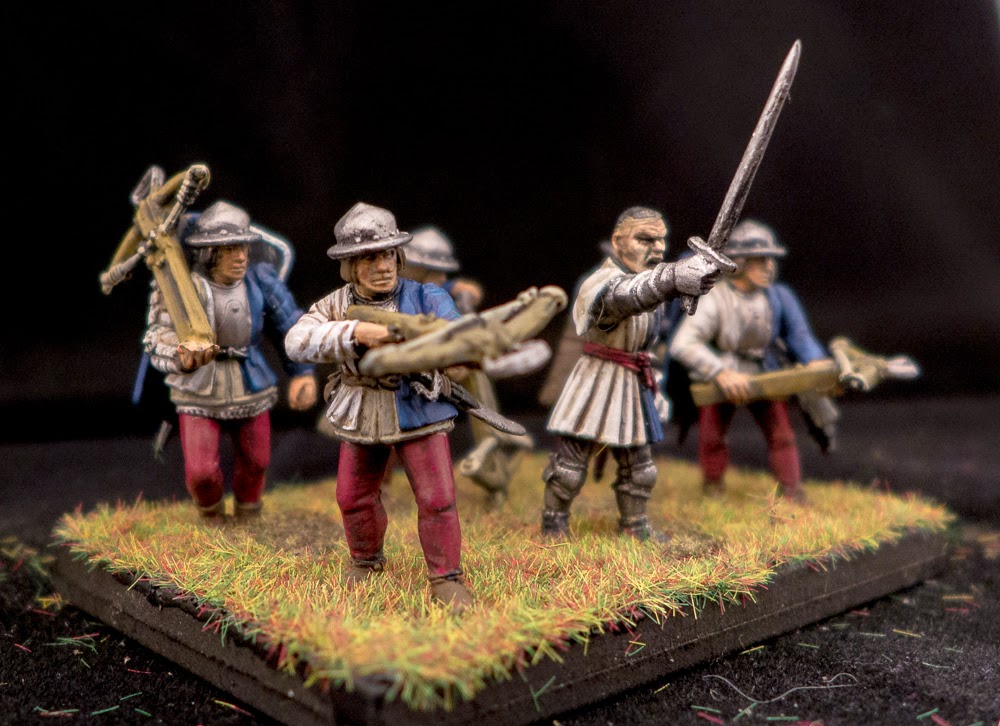 To support the Woodville forces, I created earlier in the challenge, I've finally finished a small band of mercenary crossbows, that should add another 30 points to the total. All of these use the same torso and heads from (I think) the Perry WotR Mercenaries box set. So they didn't all look the same, some of these have legs were hacked off and replaced with those from different figures. The aim of this was to create a uniform feel to the mercenary group, with a uniform.

These were supposed to be Burgundian mercs, but in the end I decided to have a generic unit. 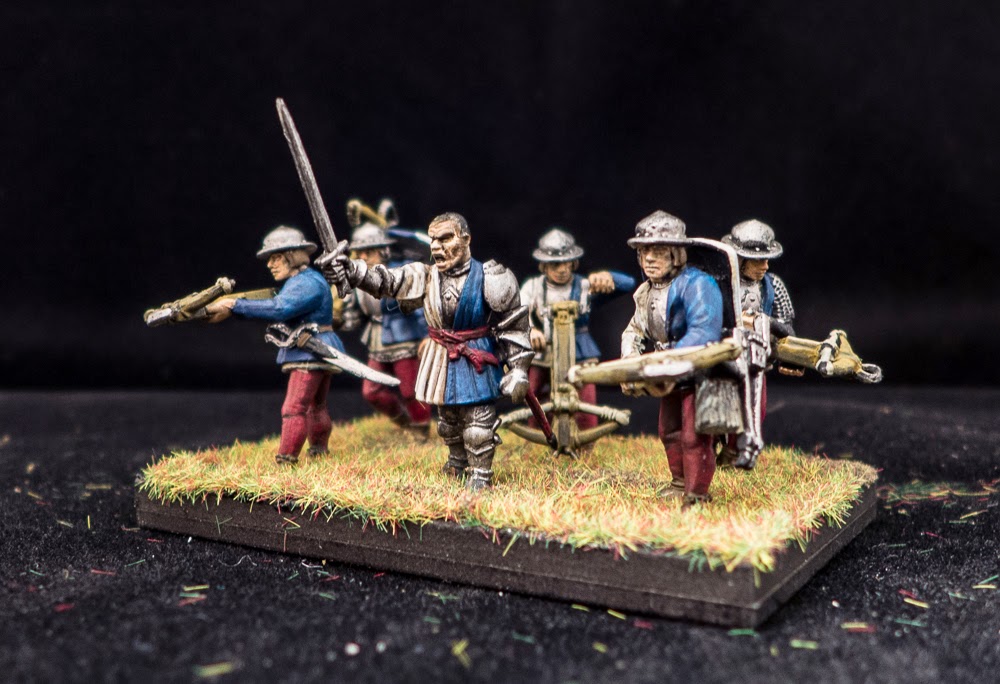 As with the other WotR figures, they are based individually for use in Lion Rampant as well as having a larger base for bigger games

With this Lion Rampant force now complete, I can move onto something different for the Myth challenge and next week's entries.

You've done some great modifications to create this unit Paul. I like the fellow windlassing his crossbow and the leader looks like an especially formidable chap.

A few of us here in our group have a hankering to get into this period and seeing units like this is really chivvying us along - thanks for adding to the madness!

Posted by Endtransmission at 10:56 pm