I know what you're all thinking - "We're three weeks into the Challenge and she's only racked up 75 points. Something is seriously wrong here...". Have no fear chaps and chapesses, things will (I hope) all be back to normal next week when my 6mm confederate infantry are submitted.

In the meantime, I wanted to add a few points this week so I decided to make a start on the Aztecs for my "Mexicagrave" project - Frostgrave transposed to an abandoned (or is it?) meso-American city hidden in the jungle. 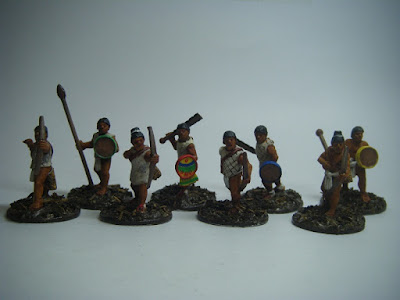 I picked these eight Tequihuaqueh (low level warriors) for my first batch. Six of them have obviously campaigned before as they have the "ichcahuapilli" padded/quilted vests awarded to those who have captured an enemy warrior. The other two without any armour haven't taken any captives.

Oh yes, the captives. They get taken back home and sacrificed at the temples. Nice people the meso-Americans. 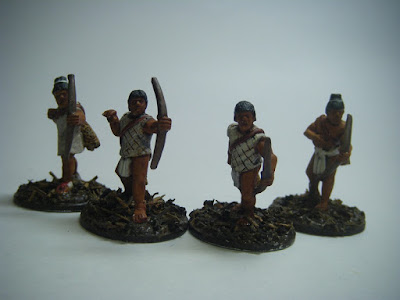 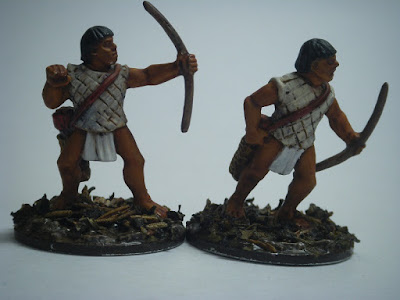 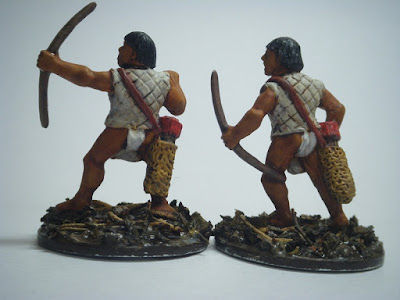 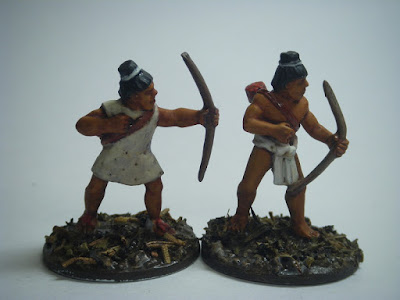 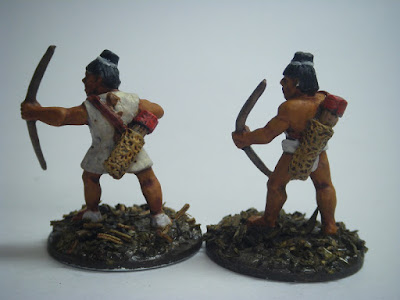 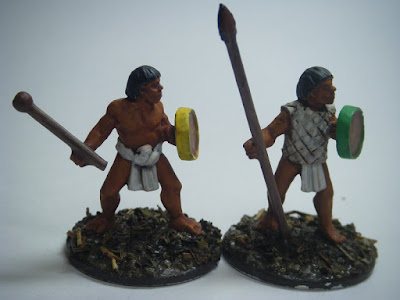 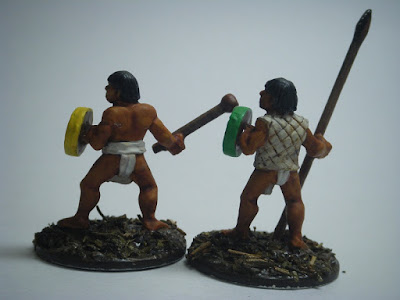 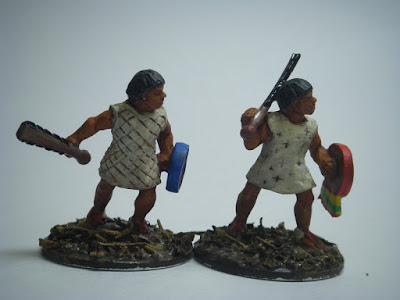 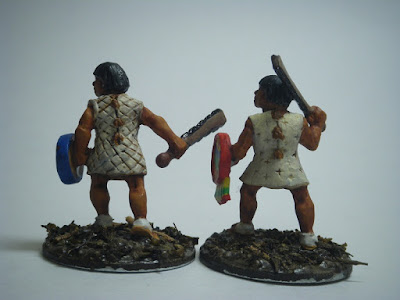 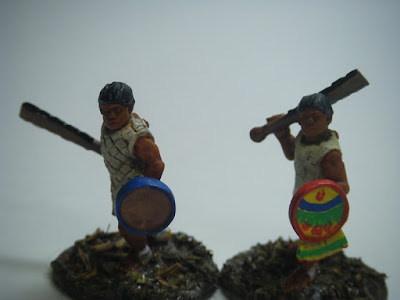 I did attempt to replicate one of the three most common Aztec shield designs on one of them. I didn't really pull it off - I should have used a smaller brush I guess (or one with a better point).

Painting these guys has been fun. After some trials, I settled on using Vallejo grey surface primer as the base so that I can show off the bright colours better. I'd also done some trials with the skin tones (most important for these guys as they do have a lot of flesh showing) and came up with the following:

The highlights were done as multiple thin layers. I might be able to go straight to the second highlight for the rest as they only have faces, hands and feet showing.

In case you're wondering about the scatter material on the bases (and haven't been reading my blog), I've been doing a little experimenting this week with staining herb using inks and thinned paint. As the abandoned city is overgrown by jungle, I figured that there would be lots of fallen leaves and branches/twigs on the ground and herbs seemed to be the best was to represent this on the bases. the scatter I've used is a 3:1 mix of burnt-umber stained mixed herbs and sepia-stained rosemary (for the woody bits). I think it's worked quite well: 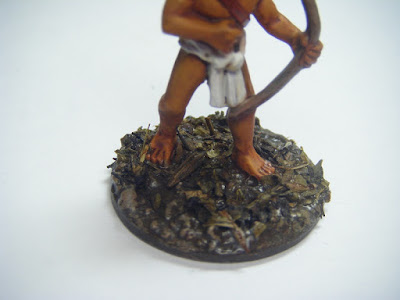 The figures are 28mm from The Assault Group and eight of them should give me 40 points.