I'm sure that most Challengers are only too aware of my megalomaniac plan to paint up representations of every regiment of the Russian army that fought in the Seven Years War (1760 onwards to avoid having to paint Observation Corps!). At the start of the Challenge I already had 4 regiments of grenadiers, 12 of line infantry, 4 of cuirassiers, 3 of dragoons, 3 of horse grenadiers and 6 of hussars.

Eight hussar regiments (possibly ten - see later notes) took part in the war, so here are the remaining two (or four) - the Novoserbskiy and Slavianoserbskiy regiments. 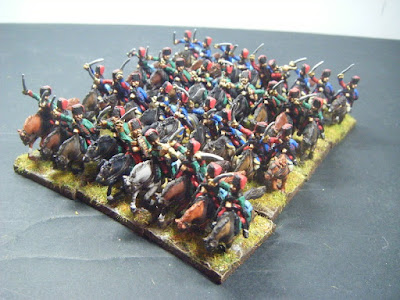 Each regiment was double-strength (10 squadrons rather than the 5 of other Russian cavalry). To complicate matters further there were two Novoserbskiy and two Slavianoserbskiy hussar regiments. It's not entirely clear whether (and which) one of each fought or whether they all fought but with half their squadrons. Or all of them. Confused? Good! 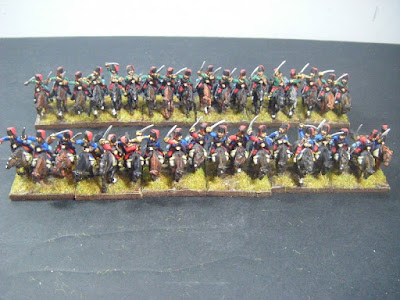 The troops were recruited from Serbia which rather upset the Austrians (Serbia was part of their empire after all). In fact, at least one of the colonels was arrested and imprisoned for his recruitment efforts. The Russians wanted them to settle in the Ukraine and provide an effective light cavalry force for dealing with Turkish and Tatar raids, thinking that they might be a bit more reliable than the Cossacks. They were certainly more reliable on the battlefield than the Cossacks, but on the march were (like the other Russian hussars) pretty unruly and useless.


As they were slightly less regular than the other Russian hussars, I wanted them to look a bit less regular, so I went for a mix of Prussian and Austrian hussar figures (Essex only do Russian hussars in Mirlitons). That is why you will see some of them with pelisses slung over the shoulder and others wearing them as a jacket. 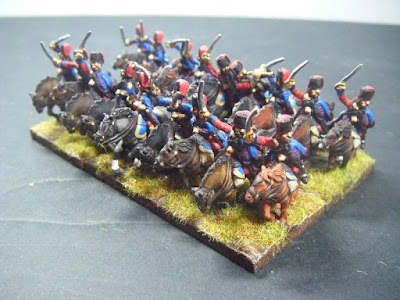 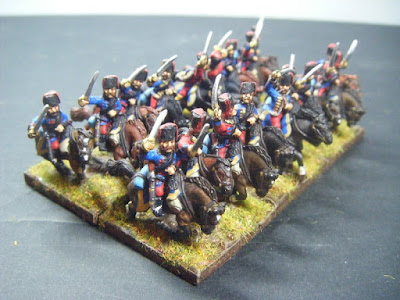 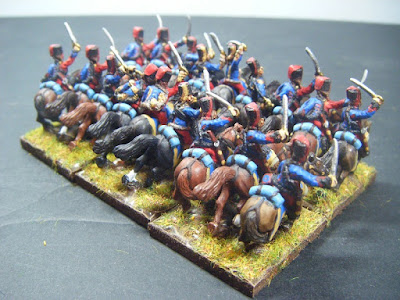 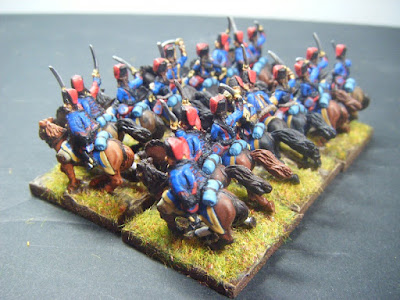 The uniform colours I've used for these are conjectural (I followed the Osprey listing but there is no confirmatory listing on Kronoskaf). And before some pedant points it out, yes, the edging on the shabraques should be hounds tooth rather than solid but I've never been able to get it to look right freehand. 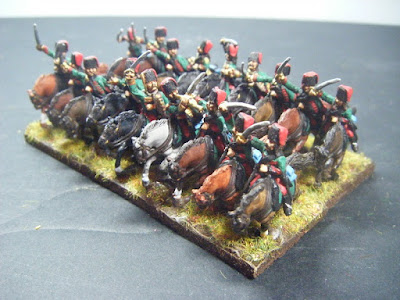 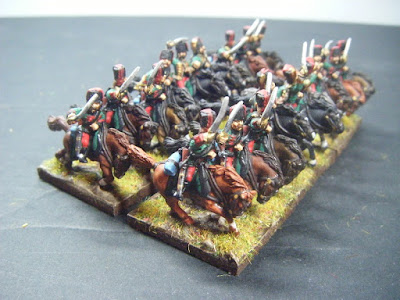 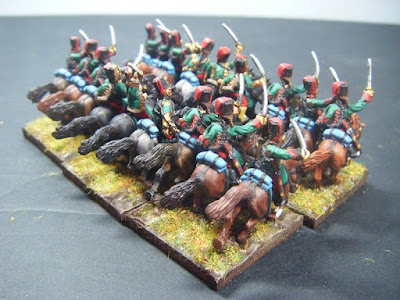 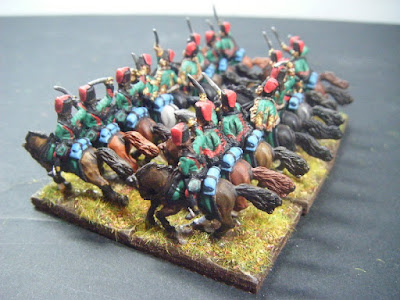 A bit later in the Challenge you should see me complete the remaining regular Russian cavalry (1 cuirassier regiment and 2 of horse grenadiers) but you'll see the first few regiments of Cossacks before that - I started painting them after the hussars but realised they wouldn't be complete for this week and switched to something else.

MilesR: what a wonderful calvary block - Your detail painting on 15mm sized figures is most impressive
Posted by TamsinP at 9:00 am