Well, my good folks, this is the entry that I had originally planned and hoped to submit last week until fatigue and the fiddliness of painting figures already on the base forced a change of plans: 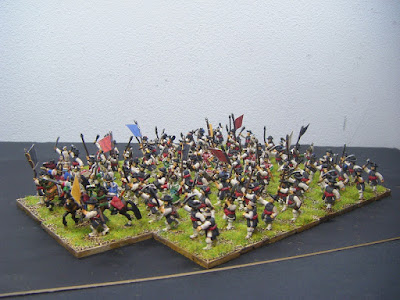 Yes, some additions to my 15mm Choson Korean army. Previously I've painted up enough regular troops to field six mixed units of "spearmen" with either bowmen, crossbowmen or arquebusiers. Which was enough for most gaming purposes, but I think you all know about my megalomania - I want to be able to field more. With enough rear rank missile troops already painted, the only option was to add some more front rank bases. Of course, the pack sizes meant that instead of just adding six sets of front ranks I am actually adding eight! And another two general stands (not that I need them - I already had nine regular command groups) just because I had the mounted commanders.

So, on with the pics.

First up, all the front rank bases: 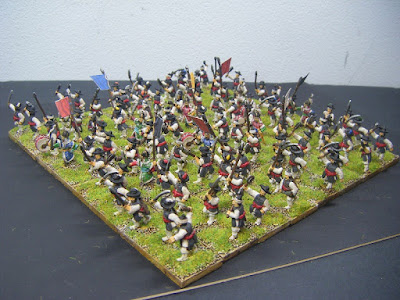 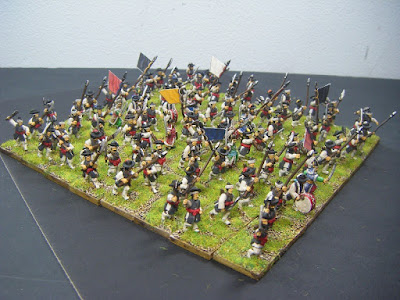 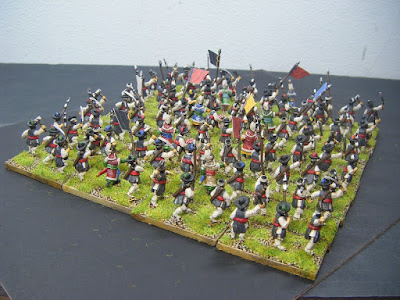 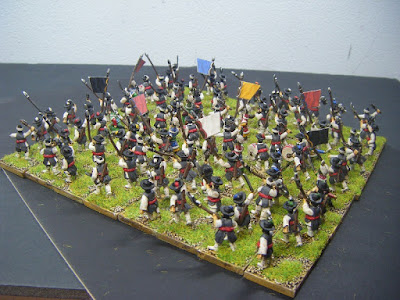 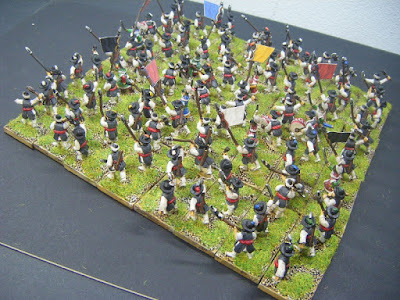 To help identify units on the tabletop, I've done the hat tassels in six different colours (red, white, blue, green, yellow, orange) - in reality they would have been red or black. 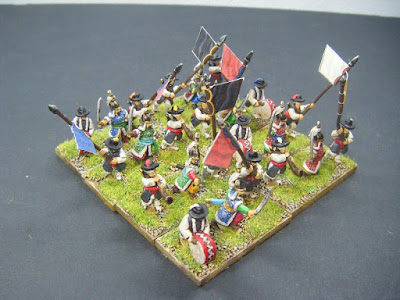 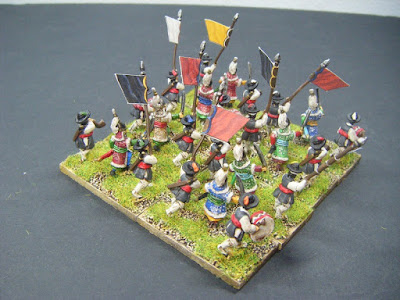 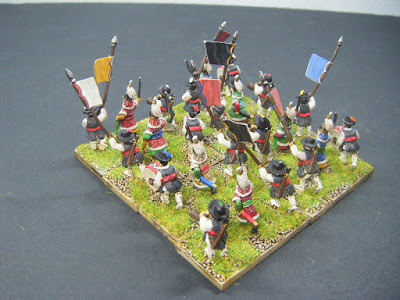 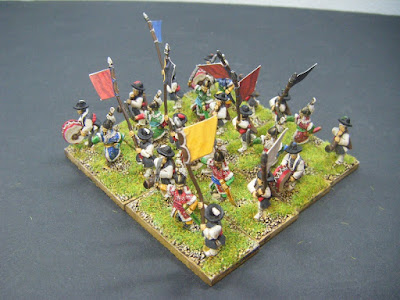 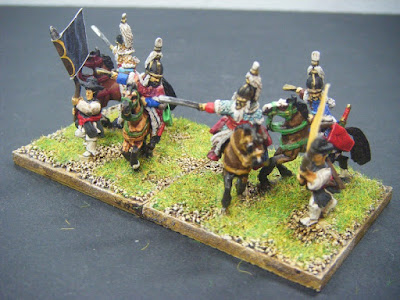 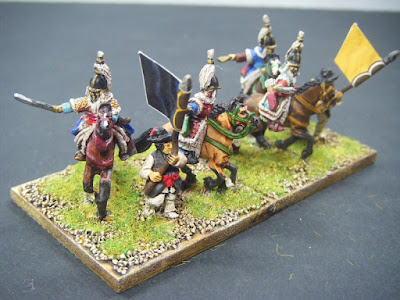 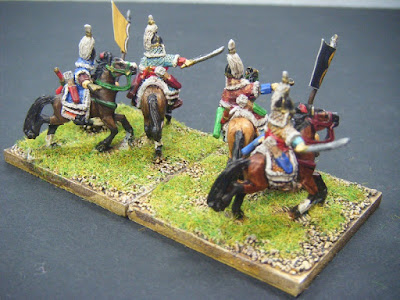 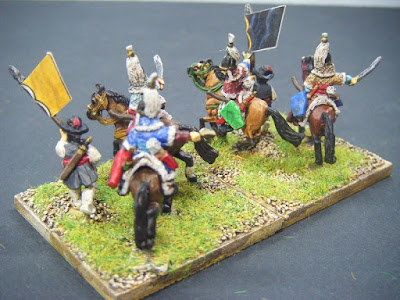 And this is the entirety of the regular and guard foot that I've painted so far*: 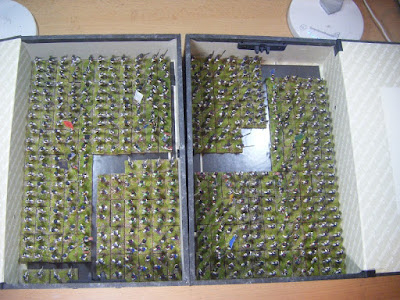 *I will stop there. Honest!

There are another two almost-full file boxes (cavalry; irregular infantry) and an almost-full half-size box (generals and artillery) holding the rest of the army. And soon there will be an almost-full box of Mongols for mercenary or allied horse nomads...

And onto the points:

Note to Miles - no points for the flags - they were made a couple of years ago.

The figures are all Old Glory 15s and painted to a dirty "campaign look" wargames standard.

MilesR: Sadly your "wargame standard" painting far exceeds my best efforts - these Koreans are really very nicely done and in bulk!  I think you need to complete a few boxes of these lads....
Posted by TamsinP at 1:00 pm