Five weeks in and here is my 8th entry for this year's Challenge.

Last week I submitted a command stand for the Righteous Army contingent of my 15mm Choson Koreans. Well, a commander needs troops to command so here are 96 Righteous Army infantry as my 8th entry. 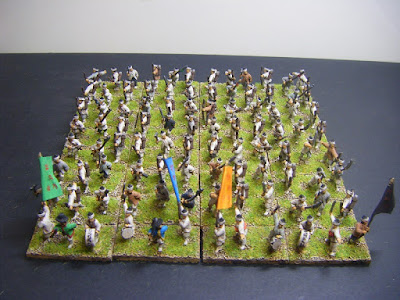 Getting in a little closer to each of the battle groups: 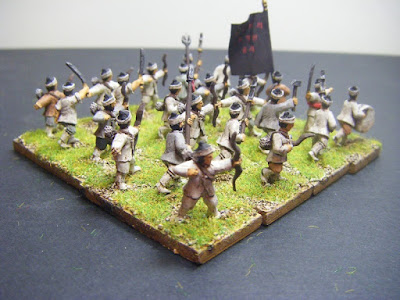 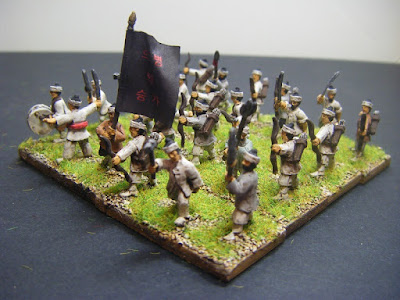 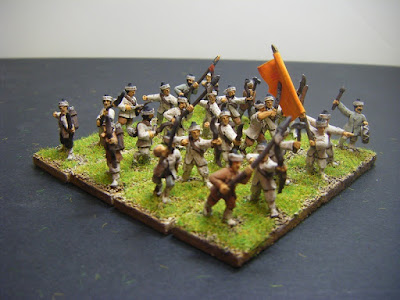 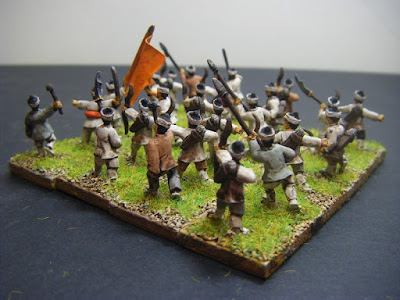 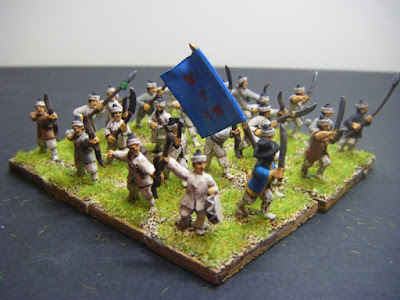 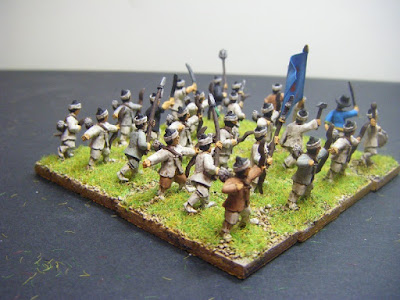 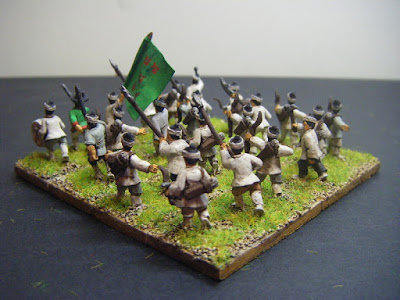 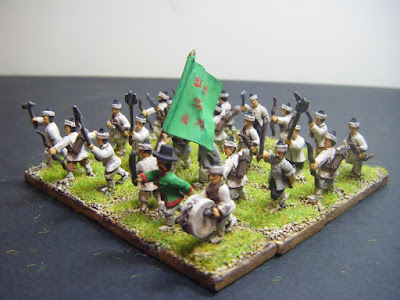 And a closer look at the command stands to show off the flags: 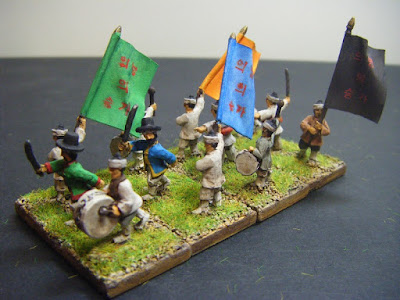 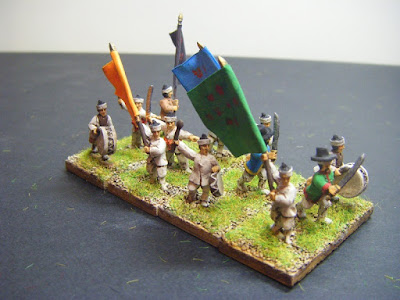 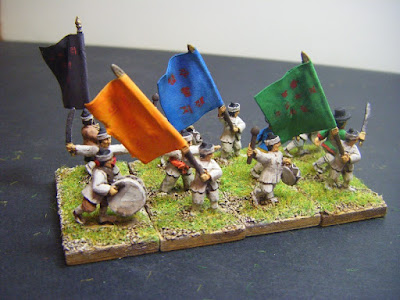 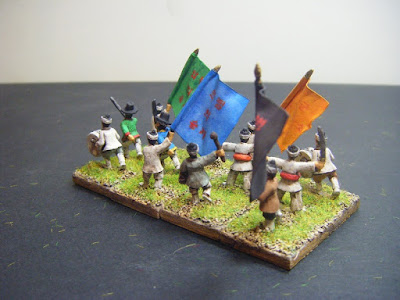 The figures are 15mm from Old Glory 15s; the flags are home made - after gluing onto the poles I went over the edges and washed the faces with thinned paint. For the blue and green flags I went back over the slogans with thinned red paint and a 3/0 brush as the wash had obscured them. I probably need to do the same for the orange flag.

I deliberately went for a grubby look as these chaps would have been living rough.

I make this 192 points unless Curt gives extra for the flags, which should put me back comfortably in the top 10.

These are terrific Tamisin. Such nice, clean paintwork and a very fast turnaround! Amazing. I really like the final shots of the flag waving mob (you know, that would look very cool nestled within one unit). I also really like the leaders and drummers. Question: I know you live in a London flat, so where do you store all your painted collections? You must have them squirreled-away all over the place!

194 points for you Tamsin. More than enough to place you back into the top ten. Well done!