From IanH - Age of Sigmar Nurgle, Characters and Sylvaneth (170 points)

Nope I've not fallen off the face of the earth, and yes I've been painting stuff since back before Christmas. Not as much as I had hoped but I was a bit slack in prepping figures for the Challenge and so a lot of the last month has been spent cleaning, gluing and converting miniatures.


I have however managed to knock out a few units for Age of Sigmar over the darkest days of the year. Since it's release I've become a bit of an AoS fan, 10 years ago when I stopped playing GW games I never thought I'd return, I got a little excited in the summer with the rumours of a skirmish game for Fantasy and following it's release and a couple of very good Youtube battle reports I took the opportunity to jump in and picked up the starter set and have gone on to flesh out the Stormcast, Khorne Bloodbound and I'm currently building up a sizable Nurgle Rotbringer force.


So what's taken me so long to post, well back before Christmas various people complained about my photographs, they were generally too dark and with no mancave anymore I had nowhere to set up a quick photo studio, after various conversations online and off I resolved to get something sorted, however with Christmas and my eldest daughters birthday this slipped into January. So come payday I bought a cheapish one from Amazon which arrived finally this week.

So here we are, what have I been up too?


First up are the pride of my Nurgle force, 3 Bile trolls, rot brained and covered in weeping sores and pustulent boils. The miniatures started life as some river trolls from GW, a significant amount of converting and greenstuff later these were the result. 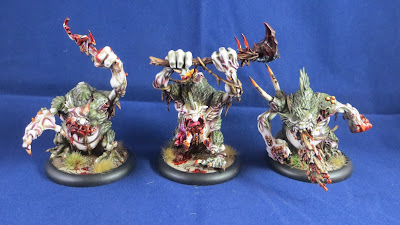 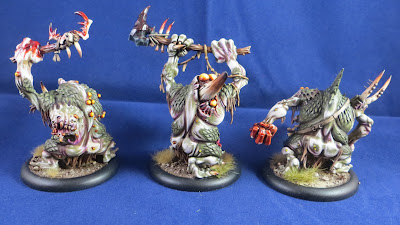 Next up is a Chaos Sorcerer with Mark of Nurgle, again a conversion this time from the Maggoth Lord kit, I rebuilt much of his stomach, a new left arm and loincloth. 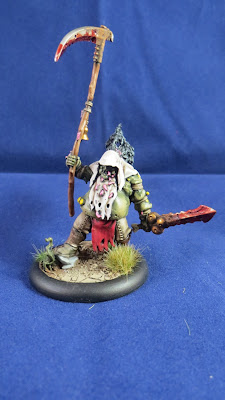 The we go onto the Daemonic Footsoldiers of Nurgle the Plague bearers, these are fantastic miniatures, packed full of details and real character. I've another 10 waiting in the sidelines for when I get some time to build them. 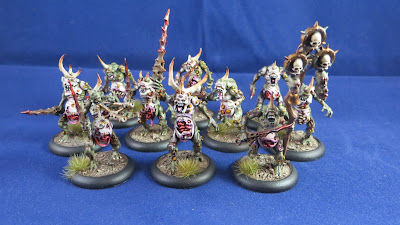 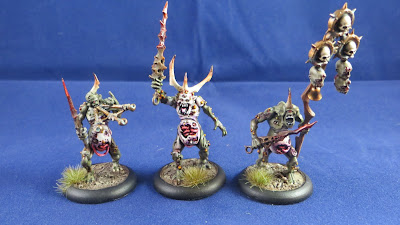 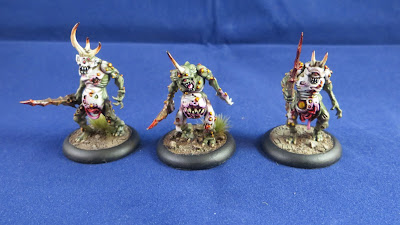 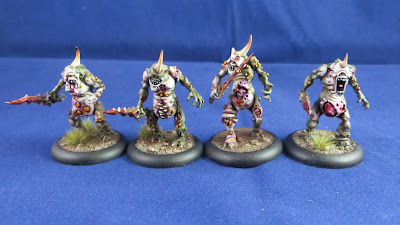 As I've also got a small collection of Beastmen I decided they needed some magical support one day whilst I was in store and on whim I picked up a brayshaman. I've kept the colour scheme fairly neutral on this one so he can fit fairly well into either my main Khorne or Nurgle forces. 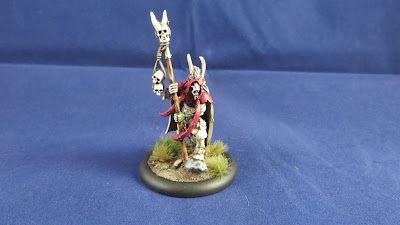 And finally my buddy Charlie has jumped into AoS with me, however he is an achingly slow painter and I really don't like playing with or against unpainted figures so one ebay bargain later I added a few Dryads to help bulk up his starting Sylvaneth force. These were a really quick and dirty paintjob, airbrush base, a wash, a couple of drybrush highlights and a bit of detailing and they were done. 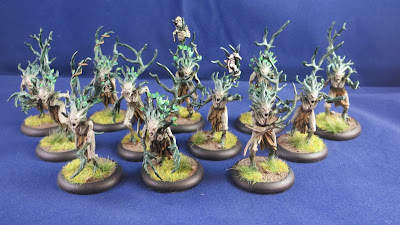 Say what you will about the cost of GW miniatures but they are really well cast, simple to put together and rarely anything more than minor mold lines. With much of their ranges now being in plastic there's plenty of scope for easy conversion work.

So the 3 river trolls I've scored as 54mm miniatures for 30 points, 10 Plague bearers for another 50 points, 2 28mm Characters (well 35mm these days but who's counting) for 10 more points and 12 Dryads for another 60 points I make that around about 150 points, I'll smile sweetly at the admins for any additional points for the conversion work.

Otherwise that's me off the starting block finally and I believe that puts me ahead of Phyllion, guess I best get painting some more figures to keep that lead.

This is amazing work!  I'm a truculent fan of the Old World of Warhammer, and I have a hard time stomaching the Age of Sigmar, BUT these miniatures are brilliant. Those River Troll conversions are just fantastic, and your paintwork is peerless (those pustulent boils make me want to step back from my monitor).


The rest of the Chaos force is suitably horrific and brilliantly painted, but I have to say you've done beautiful work on those Dryads, especially for a 'quick and dirty paintjob'. Amazing.

One thing I will suggest for the future is to provide us with larger sized pictures (say 800 pixels across the top). These are far too small and we miss much of the wonderful detail you've put into the figures.

This submission  will give you a base of 150 points, but I'm adding another 20 for the various conversions. Well done Ian, and yes, you've put a shot across Phil's bow (and perhaps one in the waterline). We'll see how he responds...