After the very positive comments about my Romanised Orcs and Goblin Auxiliaries submission a few weeks ago, I decided to advance the timetable for this army and produce two new units.

First up is the mainstay of the Army - the Orc Legionaries, deployed here in a double line wall of spears type of formation. I have done them on two bases so I can denote when the formation to gets to half strength (which halves your attack dice in Dragon Rampant).  Figs are Oathmark Goblins fitted with Warlord Roman Shields. 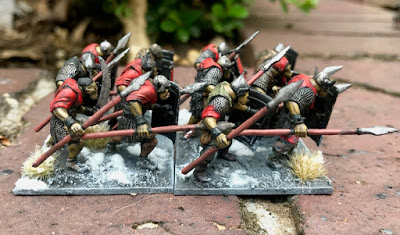 Second is a Goblin Sagittarii unit to support the main Orc foot troops.  To be honest I haven't found Bow units to be very effective in Dragon Rampant but this is how Roman Legio were tyoically built so I am following keeping the faith.  Figs are GW LOTR Moria Goblins. 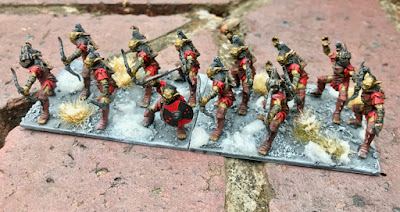 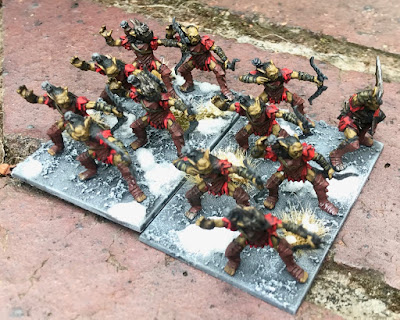 In total that is 24 x 28mm figures ready and arrayed for battle Prefect! 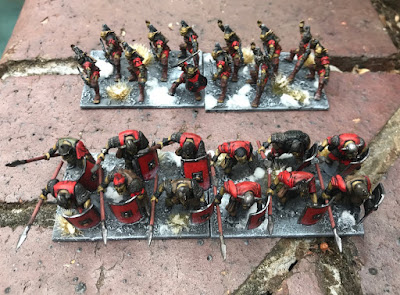 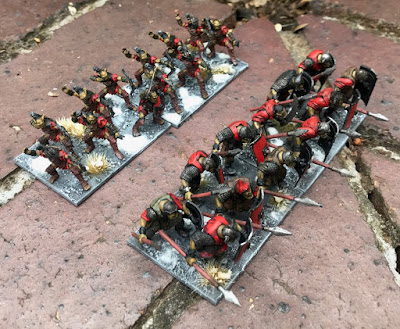 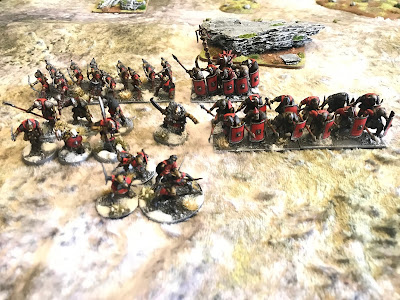 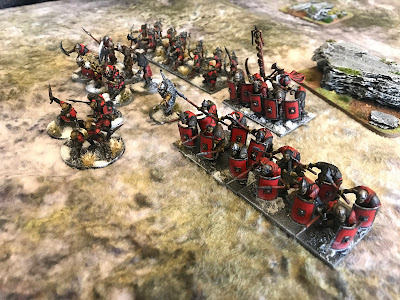 I really like the stark contrast in colours used in this force. The puchy red juxtaposed to the olive skintones and all set against the subdued snowy grey groundwork - a great looking recipe. The two ranks of spear really fit together nicely, giving the look of a unifified mass, wheras the archers look more like a organic mob.

So, if the Orcs are the (civilised) Romans then I'd hate to see what you have planned for the barbarians! :)