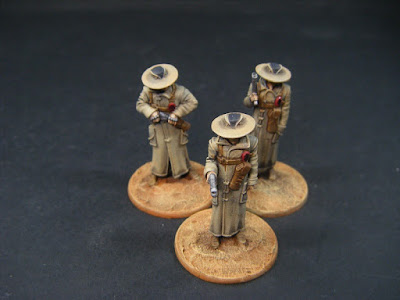 Having reached a certain point with my Snowlord's Peak piece I had a few hours to kill, so I decided to paint up this trio.

These are three Stix for the Strontium Dog game. The Stix are a "family" of genetically identical mutants, all contracted to the Search/Destroy Agency. Nobody knows how many there are; in the town of Stixville on the planet Freedonia, female and child Stix have been observed. 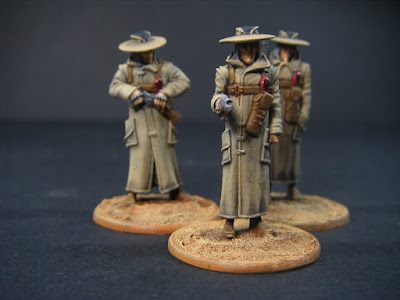 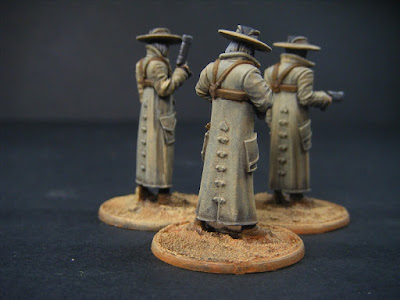 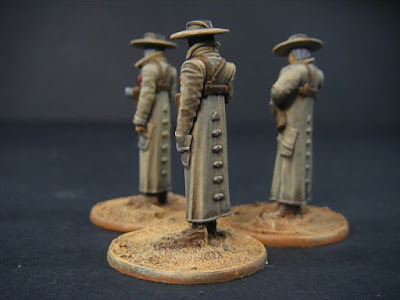 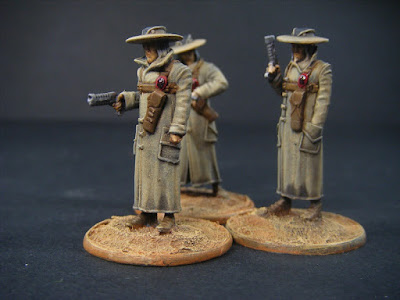 I expect some wag will say "Tish! These are the ones she submitted last year!". Well, here's the proof that they aren't:

As you can clearly see, there are now six and the hats and dusters of the previous trio are more yellow in tone.

The figures are somewhere between 28mm and 40mm, so I'll claim them as 6 points each for a total of 18 points.

Anyone else see the title of the post and think "Fetch boy"?  Your near nearly identical genetic mutants and near dopplegangers of your last year's set Tamsin, but I think I prefer the slightly greener duster's of this year's models.  Perhaps like car makers, the genetic mutant manufacturers have to retool their models slightly each year.  Neither trio looks like anything I'd like to run into.  Excellent work even if you did squeeze them into a bit of spare time (grrrrr....).  18 points it is.