From TamsinP - Are You The Burgermeister? (156 points)

Ekzellent. I am the aide to General Orlov. We request that your town provide our army with 40 wagons of horse fodder, 10 of horse grain, 5 each of wheat and rye for making bread, 100 barrels of beer, 40 sides of beef and 200 slaughtered pigs. 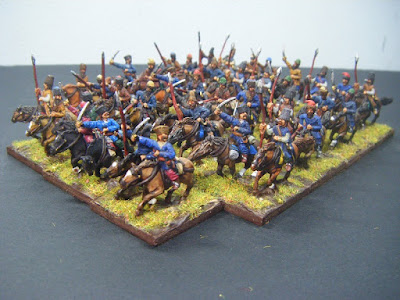 Yes, Would you like to meet them? I know that they would love to visit your town. Why, just the other day, their hetman was telling me that he'd love to see the collection of gold and silver ornaments in your - his words - exquisite little church...

Errrmm, that won't be necessary. So that was 80 wagons of horse fodder, 20 of horse grain, 10 each of wheat and rye for bread, 200 barrels of beer, 80 sides of beef and 400 slaughtered pigs. Would you care for some wine for your officers? Some brandy?...


Aaahh, Cossacks. Great for bulking out your army and pursuing routed enemy units; not so good in pitched battle; frankly useless in the main light cavalry role of reconnaissance and screening your army's advance. However, a wise general could use the mere threat of them to extract "contributions" from towns along the route of march - they had a reputation for looting and burning.

But on with the pics and stuff.

For this, my seventh entry (including bonus rounds) in this year's Challenge I present the first of the irregular cavalry for my Seven Years War Russian army - 39 Cossacks. 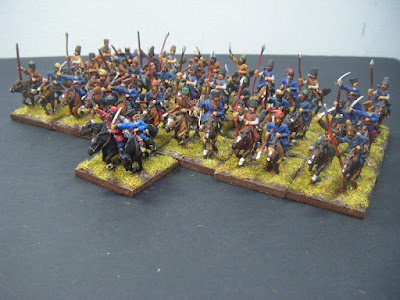 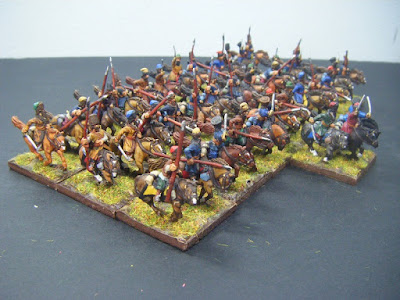 Compared to the rest of the army, these were a beggar to paint and took a bit longer than expected. That's the trouble with irregular, non-uniformed forces which I always seem to find myself painting. One of these days... 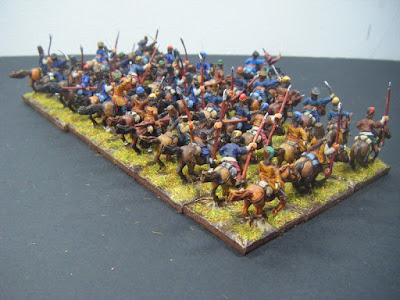 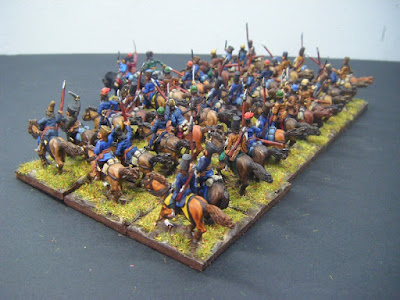 For King of the Battlefield rules, it is suggested that irregular cavalry be distinguished by having 2 figures per base instead of 3 so that's what I've gone for and it gives me 6 regiments. 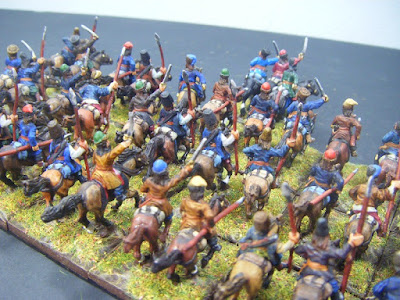 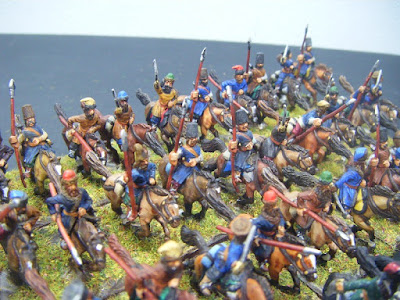 Plus a Cossack command stand. 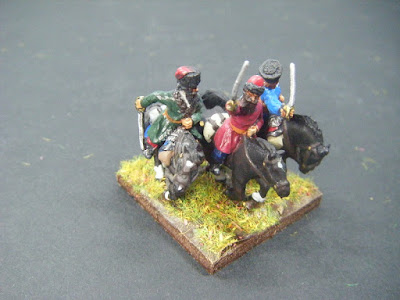 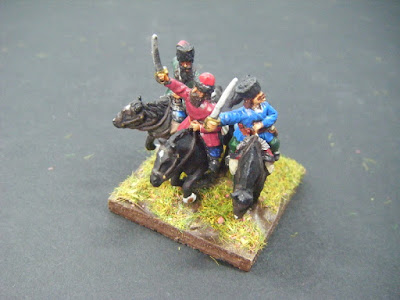 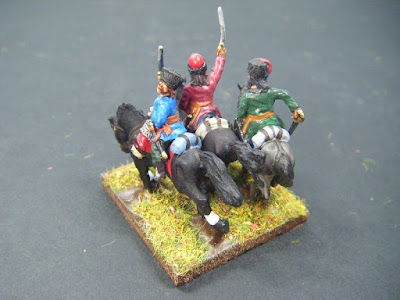 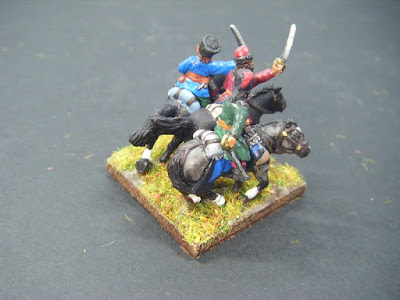 I was tempted to go for the usual 3 per base, but with the lances they would have been rather cramped so I'm glad I did it this way.

The figures are all Essex and a mix from their Seven Years War and Napoleonic ranges to add some variety of poses.


Thirty-nine 15mm cavalry should net me 156 points. Not quite a points bomb, but I did submit one for the "East" bonus round this weekend.


MilesR: Cossacks on a Monday?  I think there never a bad day for cossacks and these wonderfully painted figures really do the trick for me.  Perhaps my favorite post of the day.