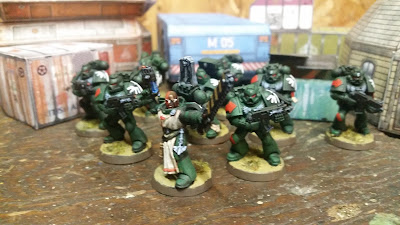 I had these fellows mostly finished last week, but I spent some time looking for banners. 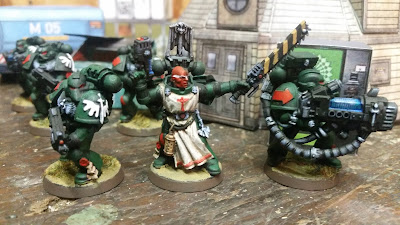 This tactical squad of Dark Angels are from the latest 40k game box Dark Vengeance. The tactical squad are loaded with detail including embossed tact squad and chapter icons on the shoulders. 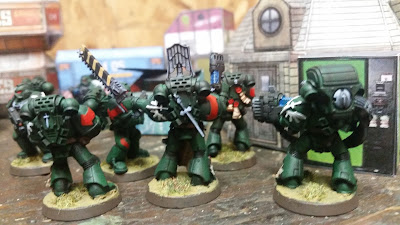 Icons abound all over them. In the Deathwing theme, I did give the Vet Sgt a nice application of war paint. 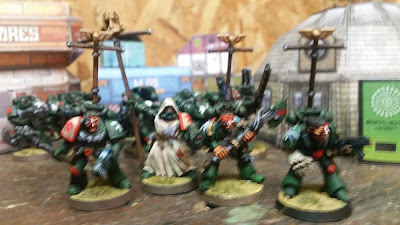 A Veteran Sgt and Brother Bethor from the late 90's and two RT marines from the 80's make up a vanguard veteran filled command squad. 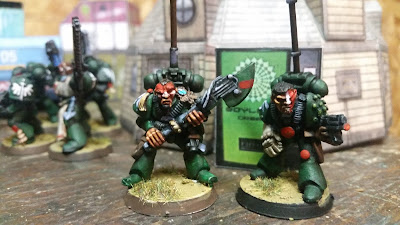 Although their noggins are huge, I always felt these two fit perfectly with tribal features. The power axe fellow has a scalp on the shoulder plate, fur, earring, and medallion/ The warpaint just cements the look. 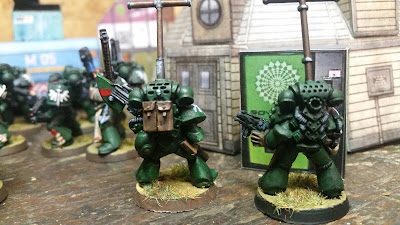 I did have to raid my bit box just to find components to complete all four of them. Bethor( long since demoted from hero to plain DA standard bearer by GW) is the only one without a back banner as he will carry the company banner. 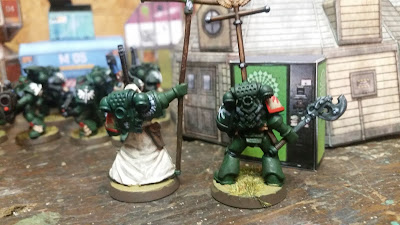 I hand painted all the chapter icons since they didn't have them molded in place. 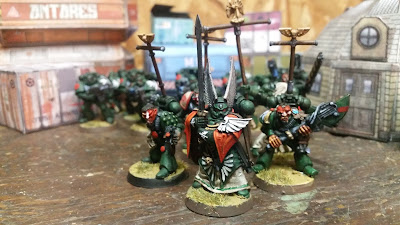 The Company commander came in the box game and all sorts of bling modeled in place. I gave him a red cloak as i decided to paint the 3rd company. 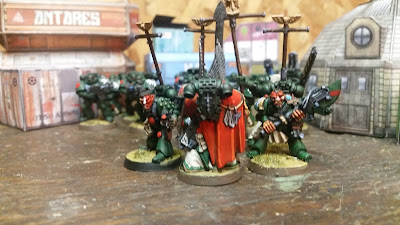 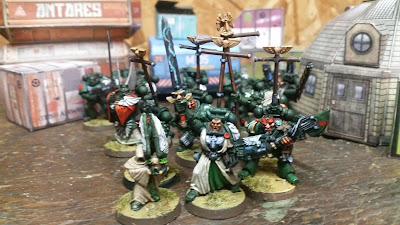 Azrael and his diminutive servant also got completed. For some reason I had them both primed in green. Odd since most of them are robes, no idea what I was thinking back in the day! 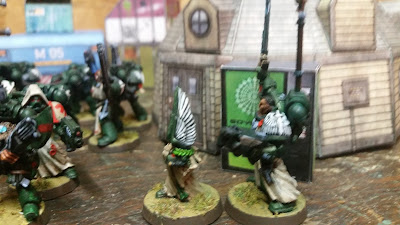 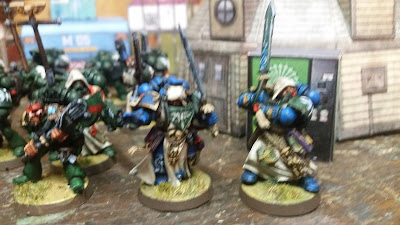 Chief Librarian Ezekiel is joined by a nother librarian from the box game. 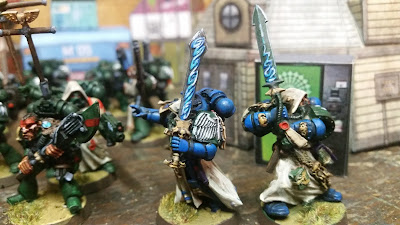 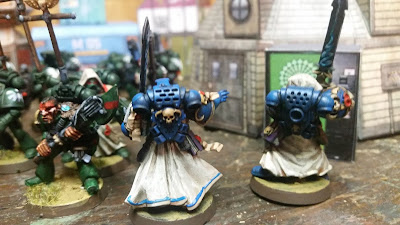 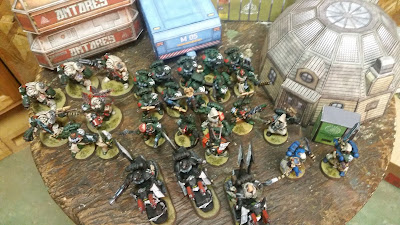 So 18 Dark Angels to join those finished last week.

The RT marines were primed white, the newer plastic were primed black and the heroes were undercoated in green. I had the easiest time painting over the black undercoat. 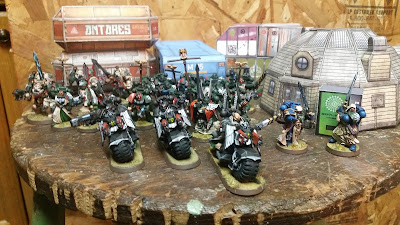 I could not find any of the banners, but I did find a pair  of second generation land speeders so the Ravenwing will grow sometime this year. I have Adepticon coming up soon and I will be taking Mercs Recon to the show so RW will have to wait as I'll be spending the last few days on the Mercs....Not too original painting till convention eve! ;)


Tamsin: I'm not going to pretend to know what these all are but they do look great together. 90 more points for you Darth B :)
Posted by david bromley at 4:39 am