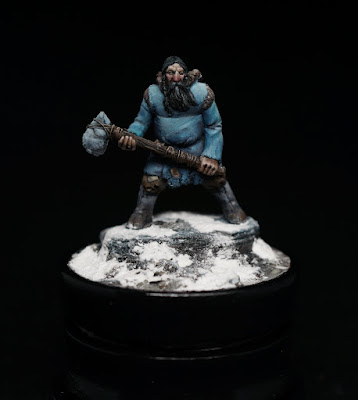 So here is my last model for this competition. Something that I had painted in between doing a few other items recently and have really worked into adding some new depth and character to the piece.

Excuse the photos as some are a bit out of focus there.. 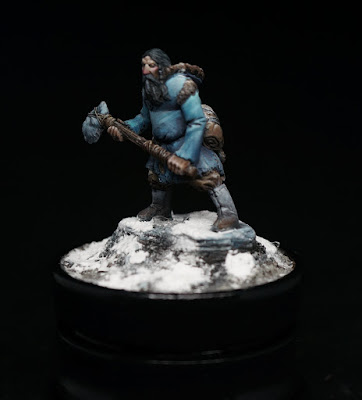 It was sculpted long ago by Oleksandr and Bran from Ukraine/Czech republic a while ago now. And released in short batches, direct from Bran himself. I was lucky to get a copy while meeting up with them at Monte San Savino in November last year during the show.

I did try to copy Bran's paint work, but to add a bit of my own spin on it and make it so that he was pushing through a bit more of a colder atmosphere. 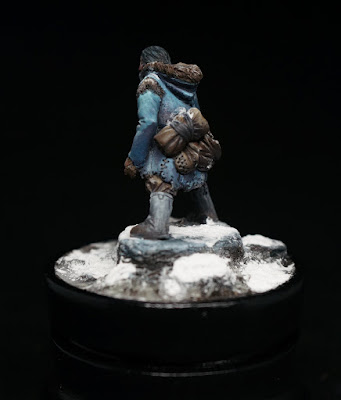 What I really tried with this piece is to add some texture throughout the piece, and to play with more color. So a lot of the areas on him have things like red in his shadows instead of just going to black or brown which is more common. 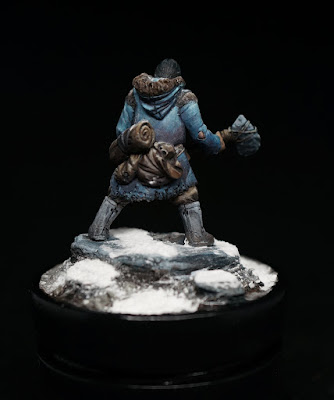 I think in some areas I really liked how it turned out, especially here on the back section. Where the areas were quite flat and needed something there to make it stand out more. 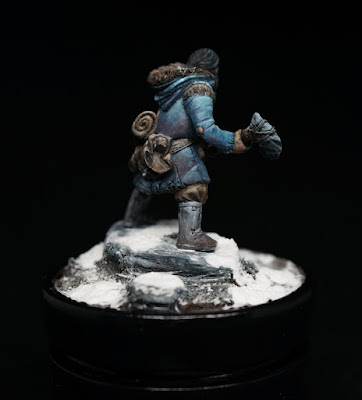 It was quite the push outside of my comfort zone with it, but I am really liking the final version. 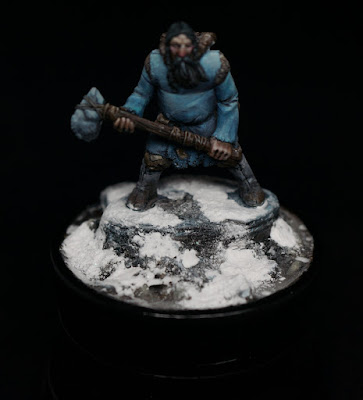 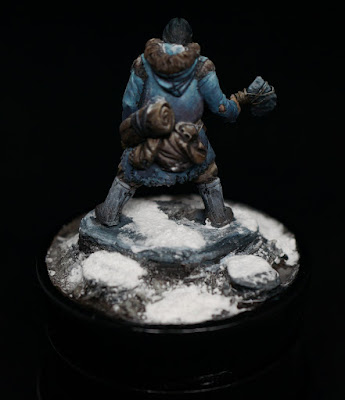 There are of course places that I wished I had done better with, but in the end I think he turned out good. The water effects I tried especially were a major fail for me, but I was able to save some of it with the abundance of snow effects that I threw on it. Probably the only thing to save the base.

Hope you enjoyed the competition as much as I did, and I do hope that next year I am not moving house once more, and can focus more on this fully throughout the entire duration of the competition. And come and hit up those top spots that people are covering so well at the moment ;)


Tamsin: that's a great figure and your painting is superb as always. It seems ungrateful to reward your lovely brushwork and basing with just the standard 10 points for a 54mm foot figure, so I'm adding a couple of bonus points although I still don't think that does your work justice.
Posted by MrLee at 4:30 am