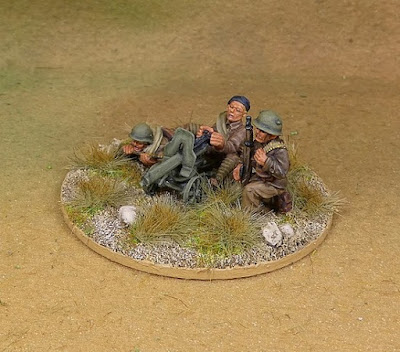 Just getting this in before the end of the challenge to fulfill my requirements in the SCW side dual of a squad, command and support piece for a game of Bolt Action although it won't be enough to pass either Nick the current leader or Curt so my congratulations to the winner for a job well done! 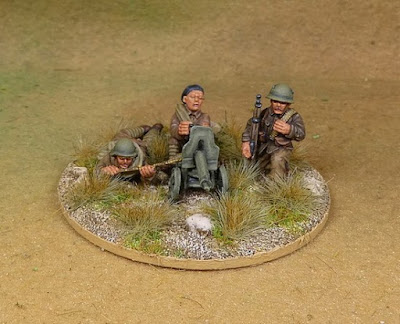 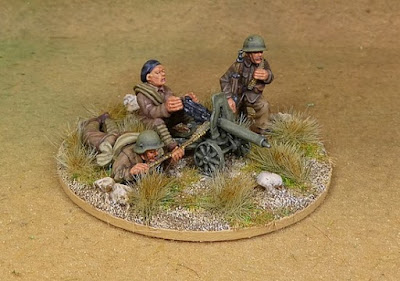 The machine gun was invented American-British inventor Hiram Stevens Maxim in 1883 and was used by just about everybody and is still even in use by some nations to this day. This model is likely the PM  M1910 used by the Russians and given to the Republican forces if I had to guess. It fired a 7.62mm round at 600 rounds per minute and was mounted on a wheeled tripod with a gun shield. 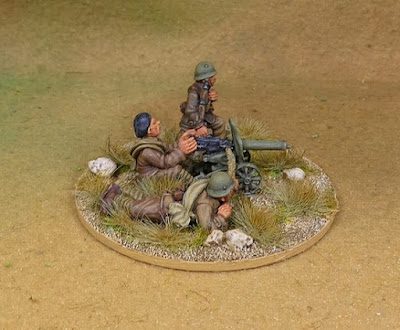 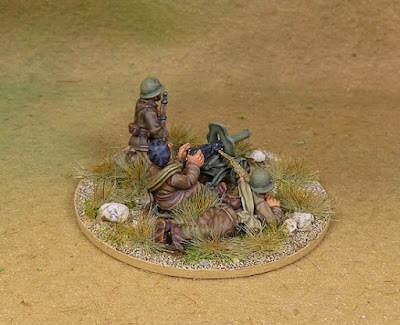 Although one man could technically fire the weapon the gun was so bulky and heavy it required a crew from anywhere to 3 to 6 to help move, reload and cool the weapon to function properly. 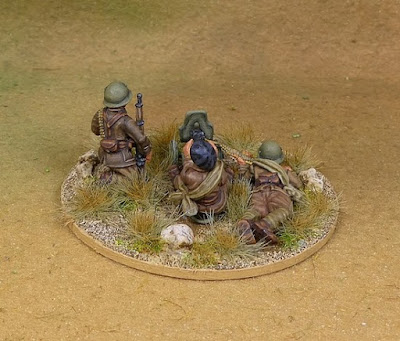 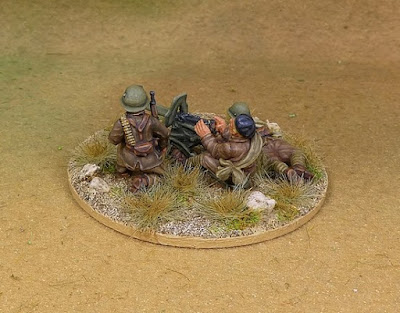 The miniature is of course from Empress and once again sculpted by that very talented man Mr. Paul Hicks. The painting was largely done using Vallejo colors. 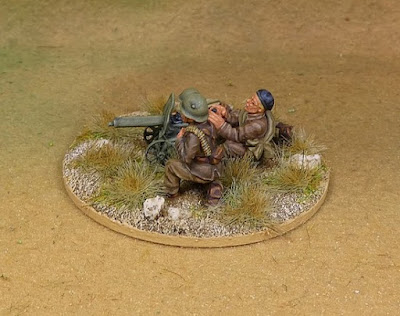 As for points I'm not sure as I painted the underneath of the prone figure and not sure what the HMG is worth so I leave it up to Mr. Curt to say. Why did I paint the bottom of the prone figure you may ask......because it was there and yes I'm that OC enough to do it.:-)

Oh, that is a lovely looking Maxim and crew. Well done Christopher! I find that in painting combinations of tans, greens and browns it can be a bit of a challenge not be too drab, but your blending and shading is so nicely varied and very smooth - my cap is off to you. I also like the arid groundwork you've done for them - it makes me think of dust, Capa, Taro and glasses of Rioja. :)

I believe Nick has stolen a march on us which we cannot recover, so I'm in search of a suitable figure for him. As an idea, perhaps we can do something in partnership? We can conspire at a later time.

This fearsome Maxim and its Republican crew will give you 18 points. Great work Christopher!

Posted by Christopher(aka Axebreaker) at 12:39 am

Email ThisBlogThis!Share to TwitterShare to FacebookShare to Pinterest
Labels: ChristopherS