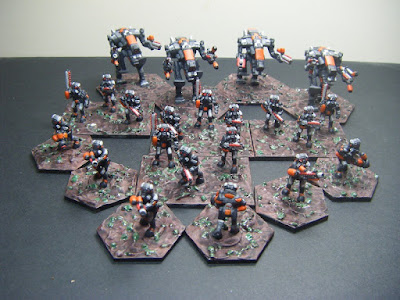 For the first of my posts this weekend, and my 18th entry in the main part of the Challenge I have some 15mm SciFi figures for you. These are the "Crusties" from GZG and will form the light armoured contingent of my force - I have some heavy armour on order, but it is very unlikely to have arrived before the end of the Challenge. I do have some more Crusties on the painting table - you will be seeing them during the next few days. 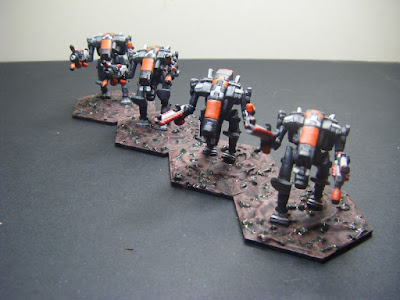 These were fun the build and paint. I've based my colour scheme loosely on that seen in District 9 for the "Prawn" weaponry - white (actually, Sky Grey) a medium grey (Basalt Grey), a dark grey (German Grey) and orange (Orange Red) plus black and Dark Vermillion. 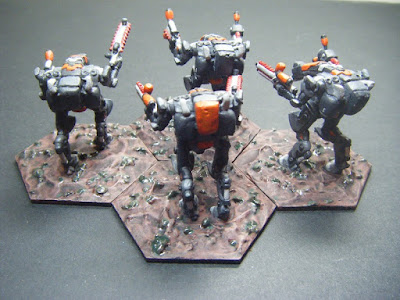 The walker with the orange back will be the commander for this force. Each walker has a different weapons load-out. 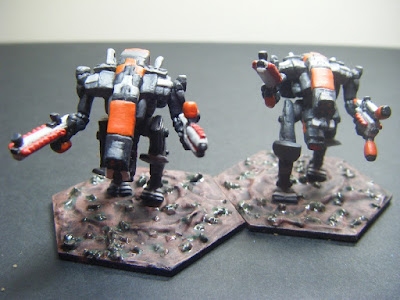 I decided for the basing to go for a slightly alien blasted earth look. A base of Saddle Brown was washed black, dry-brushed with a 1:1 mix of Saddle Brown and Light Grey. Some stones were picked out with Green Grey, washed green and then the bases were finished with a patchy wash using a 2:1 mix of red and black. The "earth" was matt varnished, the stones were picked out with gloss varnish. 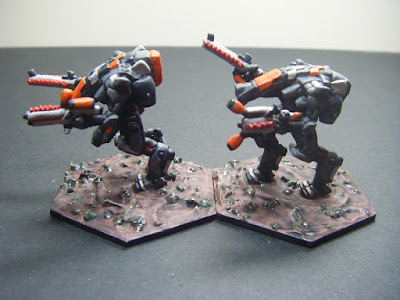 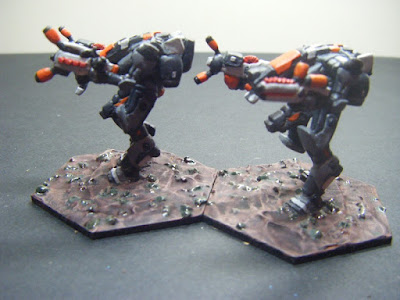 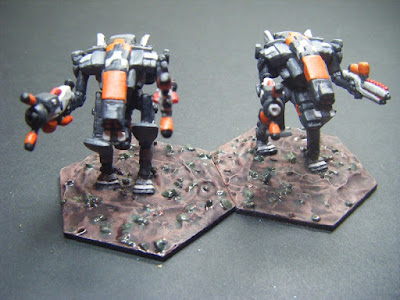 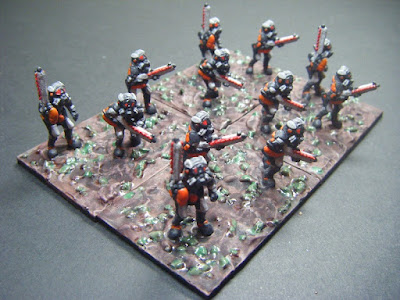 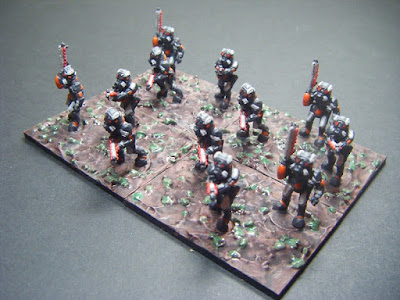 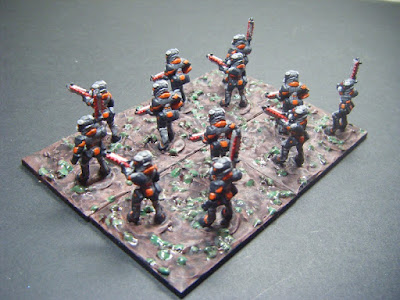 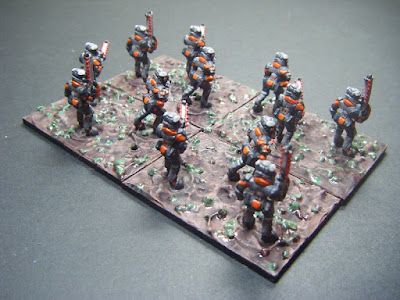 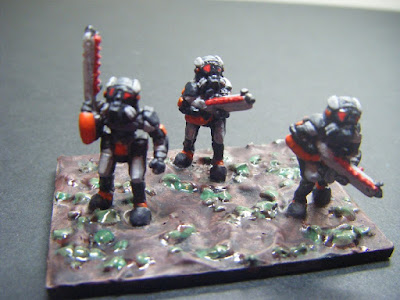 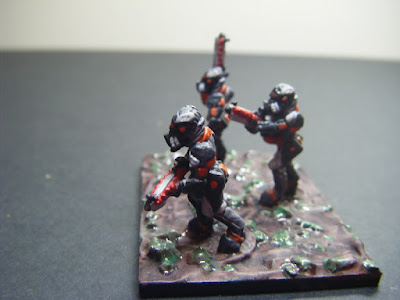 These weren't as fun to paint - lots of fiddly little details to drive me nuts! 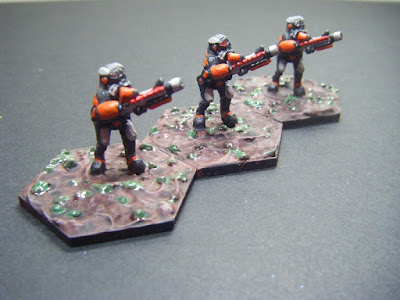 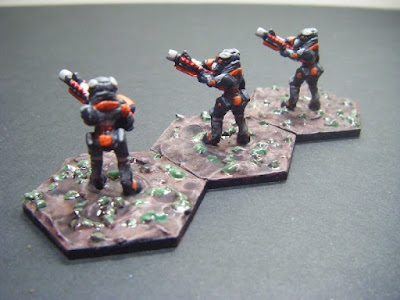 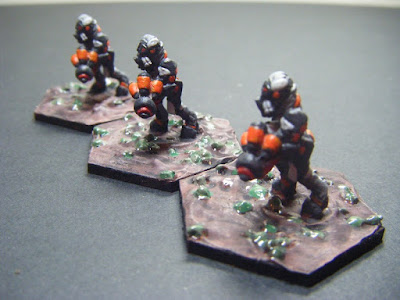 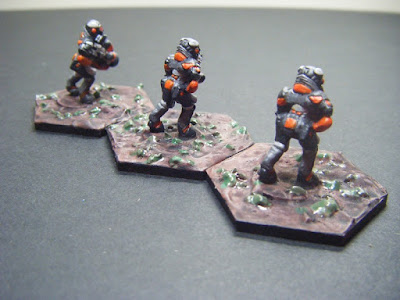 There are four 15mm vehicles and eighteen foot figures here. That should give me 60 points.

These are awesome Tamsin and it's great to see your return to some sci-fi themed figures before the end of the Challenge. I really like your use of the bright orange juxtaposed against the dark grey of the armour - actaually, they look like they could be sponsored by a mobile phone company. 'The Nokian Heavy Infantry' or 'The Samsung Replicant Battalion' :)

I'm also admiring your groundwork for these figures. It's elegantly minimalist while still looking suitably alien - brilliant and well done!