Wow. Talk about a long time coming. Over two weeks between submissions as I laboured over these with the little free time I was able to find here and there. I got there in the end though and I'm very happy with the result... 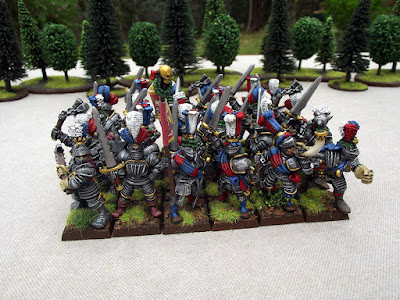 This is a unit of 24 x Imperial Reiksgard Foot Knights for my rapidly growing Warhammer Fantasy Empire army. Its a mix of the mid to late 90s era Perry Brothers sculpts and the earlier Marauder Miniatures MM65 set sculpted by Aly and Trish Morrison. There's also a hero with the flamberge greatsword snuck in for good measure. I love the MM65 knights but they are absolutely massive by comparison to the rest of the miniatures and getting everything to rank up on 20mm bases was a trial to say the least. 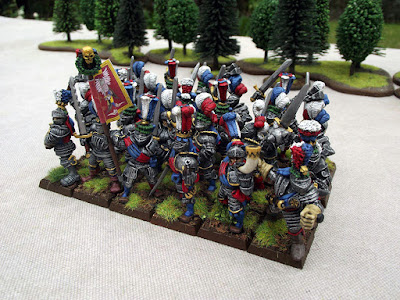 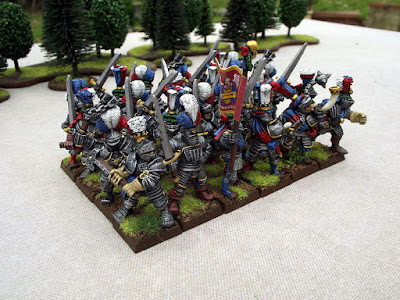 I've left off the shields that about half the unit should has simply because things are so crowded. Full sized shields just won't fit. My only thought to rectify this at present is to try something like the small "besange"-style shields from 40K Terminators that cover the armpit when the arm is raised. They're quite small and similar to the high medieval small shields carried by knights in full plate. Any other suggestions? 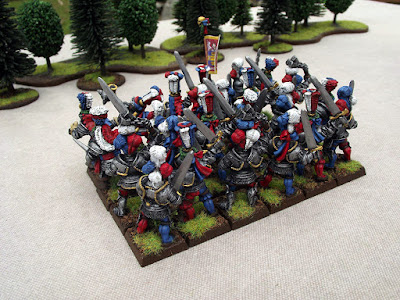 The unit is painted up in Altdorf colours to reflect their Reiksgard background. They won't see the table often unless I proxy them as vanilla swordsmen given I already have a unit of Greatswords. There is one variant army list that would allow both units to fight together so I suspect it'll happen at some point just for the ooh-shiny factor. 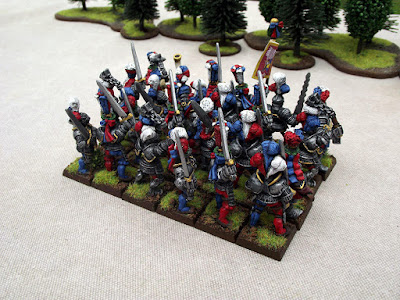 Here's some shots of each row back and front so you can see the rear in particular which is considerably more colourful than the front in many cases! 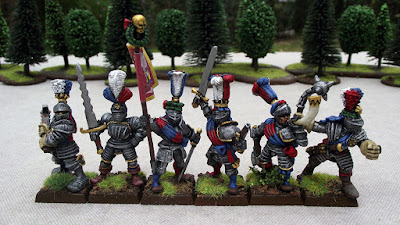 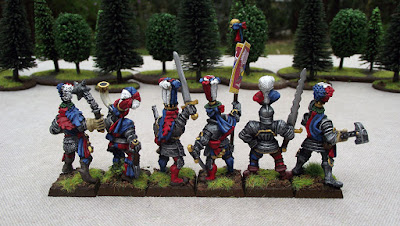 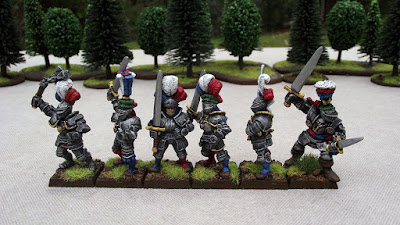 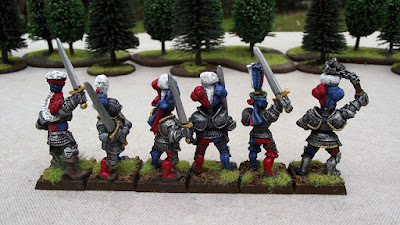 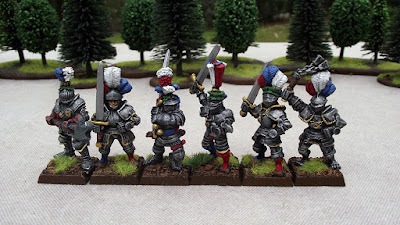 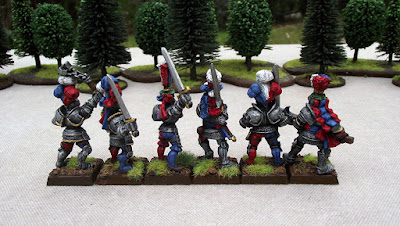 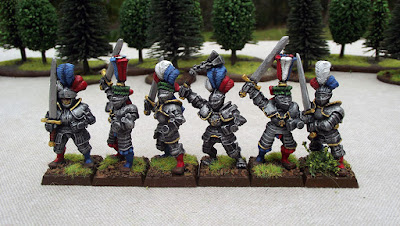 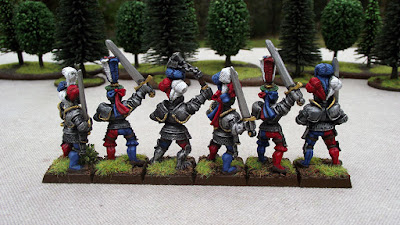 So now the only thing left to do is find somewhere to *display* these buggers in my stupidly overcrowded "display" cases. :-)

Ooh, what a fabulous looking unit Millsy. I love seeing these early and mid period models being used in the same unit.

Your red, white and blue livery works very nicely, especially when contrasted against the dour steel of the armour. Personally, I think that shields would just over complicate things, and besides, if you're sticking to the late renaissance look for these fellows they wouldn't have carried shields wearing full plate harness anyway.

121 points, including another pip for their banner. Lovely work and it's great to see you back Millsy!