Its been a reasonably productive few weeks - with lots on the mostly done pile. These have finally been nudged over the line - so apologies to the Big Snowball, the SnowLord himself for stacking them up today.. but hey I will bank the 450 points for the week.


With all my focus back on the Sudan I thought it was time for the main protagonist to make his appearance so here is the Mahdi himself.


Well I say "The" Mahdi... But this is the second figure for the collection. Well you always need competing Mahdis don't you? ...well you do in my mad world. I also want some table top options to confuse the Imperial player as well. Always nice to confuse the wargamers helicopter view with a bit of the "fog of war" - is that where the Mahdi really is? Which is the the true Mahdi? Mind it sounds like a good way to start a civil or religious war too. 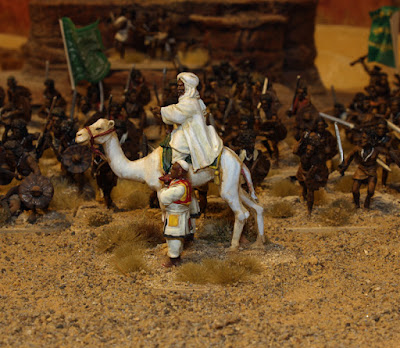 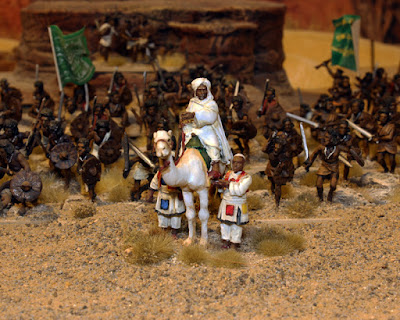 Stirring up a storm with the Beja 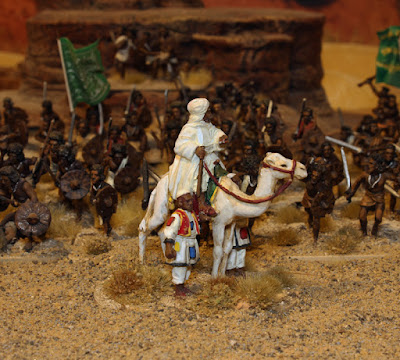 That was a excellent Saturday gambit Dave. Five posts, with almost 500 points, and what a wonderful vignette to end it all with. Brilliant stuff.

I really like your idea of having more than one Mahdi to keep players on their toes. I can see this mechanic being used for other periods/scenarios as well - I'm filing that one away for future use, thank you.

Okay, next up will be the announcement of the winners of the L'amour Theme Round so stay tuned for that.