In addition to the bonus round this week, I present two more FIW submissions.  First up is a six man unit of British Light Infantry (who were blooded on the table this week and naturally suffered heavy losses at the hands of Dux's Canadiene Milita): 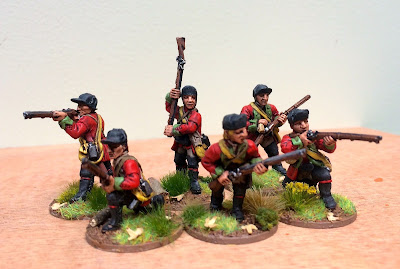 These 'light bobs' are rather handy in the wilderness; good shots and able to screen the regular troops in more traditional formations, they became critical to the war effort (yet somehow those lessons were lost during the subsequent rebellion of the American colonies...) 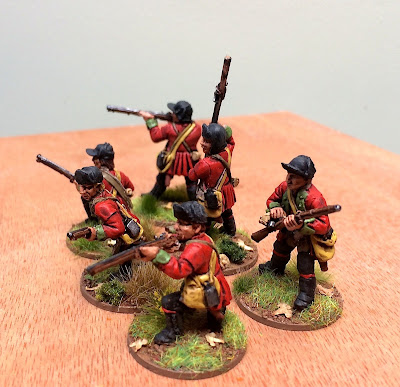 I've painted these chaps as members of the 24th Regiment, a Regiment that would become famous in the Zulu War for both unlikely victory at Rorke's Drift and disastrous losses at Isandlwana.  I've modelled the Regiment for that war in 15mm previously and thought it would be neat to game with the same regiment in another time period and scale.  I've used a dark, dirty wash to reflect their irregular nature and lack of spit and polish compared to line infantry. 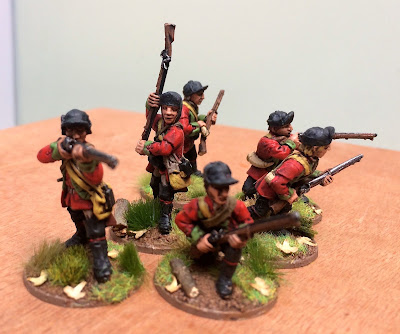 And a second native american canoe, the crew of which look suspiciously like the chaps I posted last week portaging a canoe through the forest.  They look far more rested in this pose! I also did up two piles of trade goods, which will be good loot to capture on the table. 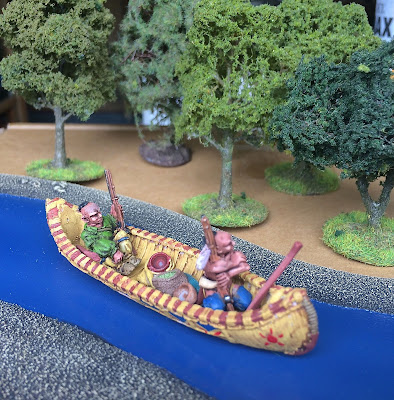 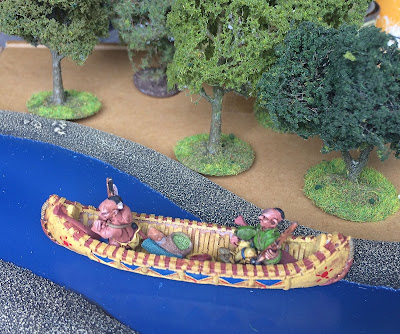 And finally, what was to be my Bonus round Character but who got replaced at the last minute...

The evil mastermind and super-villain Johan Schmidt, aka Red Skull, nemesis of Captain America and founder of Hydra

I bought this mini some years ago – it is the “Herr Totenkopf” figure by WhatThe! Miniatures.  I love that this sculpt mirrors a classic cartoon image, complete with the Mauser C96 pistol (because anyone can have a Luger, right?).  As a result, I have been faithful to the colour scheme of this pic. All that black was a bit of a sod to get right but I'm happy with the end result. 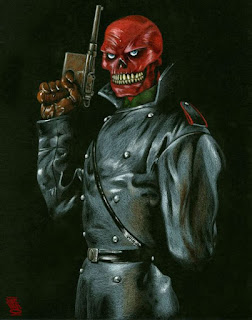 Interestingly, Red Skull first appeared in Captain America Comics #1 (dated 1941) and is, apparently, rated No 21 in the Top 100 Greatest Villains Ever list by the people who consider such things far more deeply than I – or so Wikipedia tells me anyway. 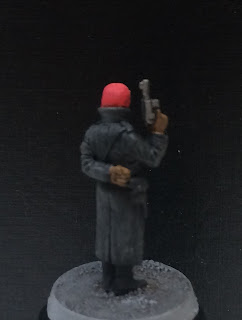 Together these three submissions total around 55 points I believe, which leave me a tantalising 8 points shy of my upped 1000 point objective.

A great little entry Paul - nice the the 24th in a different setting other than Zulu! Great job. Red skull is a little cracker. my favourite is the canoe , it just feels so evocative of the era...
Now get yourself back to some brushes - you have a target that needs meeting !
Posted by Paul O'G at 4:00 am