In Honour of International Women's Day: Boudicca FTW! *No Points* 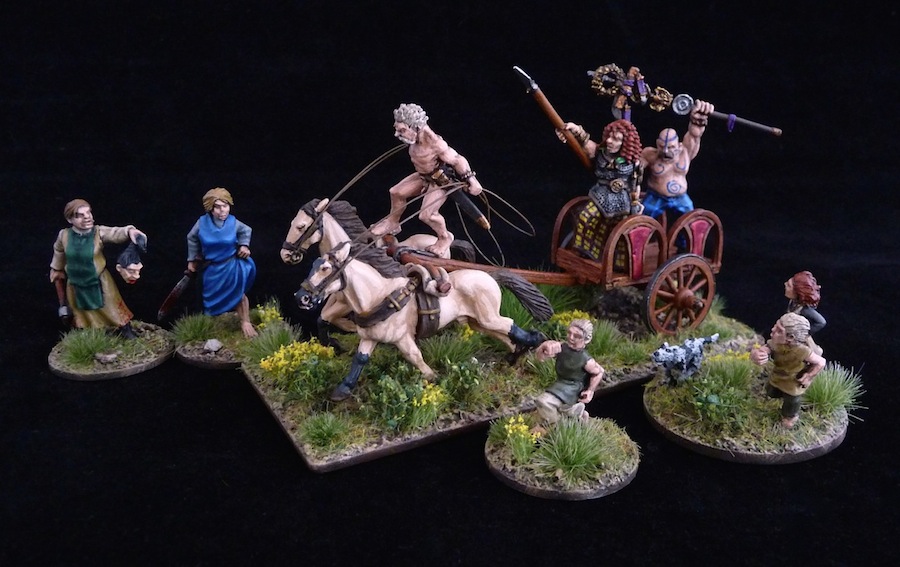 Sorry for horning-in on today's entries, but I wanted to submit something in honour of International Women's Day. These figures will not count for points as they're from several years ago, but I thought they were apropos for the day.

I had decided to do something in homage to the great illustration by Angus McBride depicting a Briton chariot team. 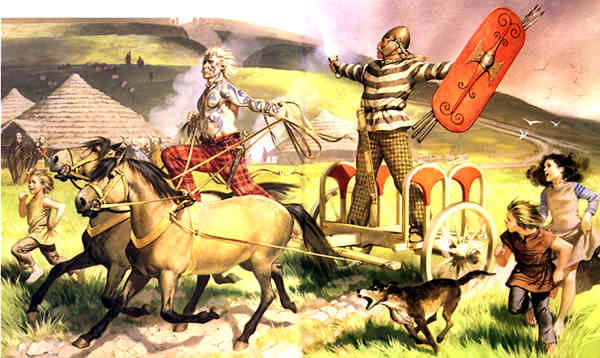 I know Warlord produces a great set which models this specific scene, but I wanted something a bit different, perhaps a little more ferocious, with Boudicca celebrating an early victory over the Romans. So with that in mind I pulled a charioteer from another boxed set to depict a 'show off' charioteer. The figure was originally designed to have a sword and shield in his hands but I decided to reposition him as if we were hauling on the reins of the horse team. 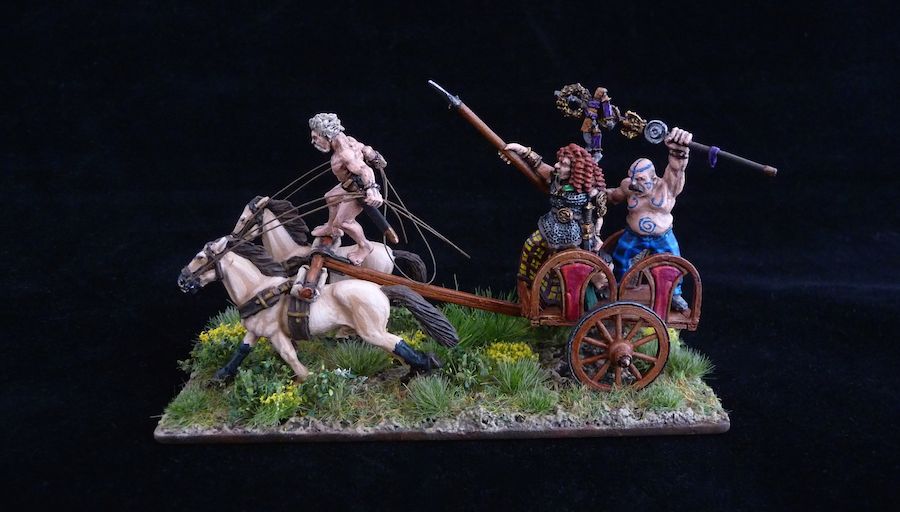 I first removed his sword and drilled out his fists so I could thread thin plastic rod through to simulate the reigns. I then slightly repositioned his arms and legs and pinned him into place. I think it worked out pretty well though I need to go back and give him some woad tattoos (I ran out of time before the submission deadline). 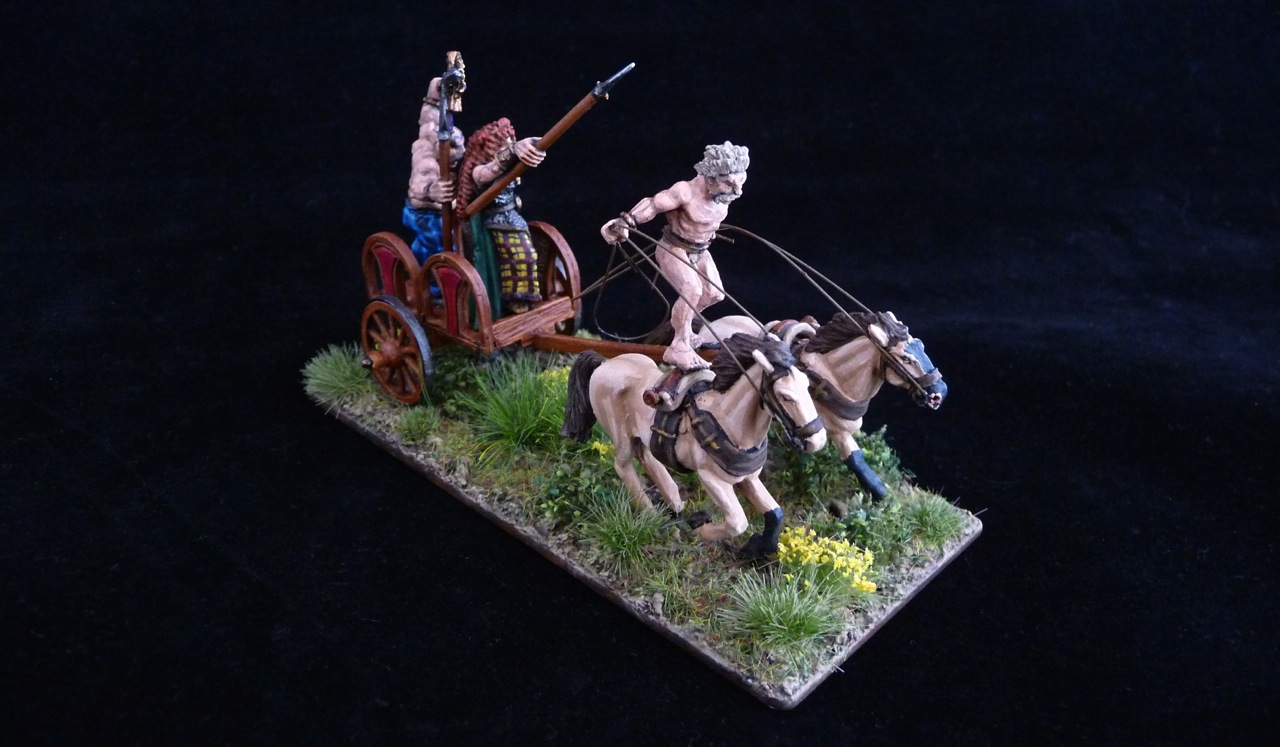 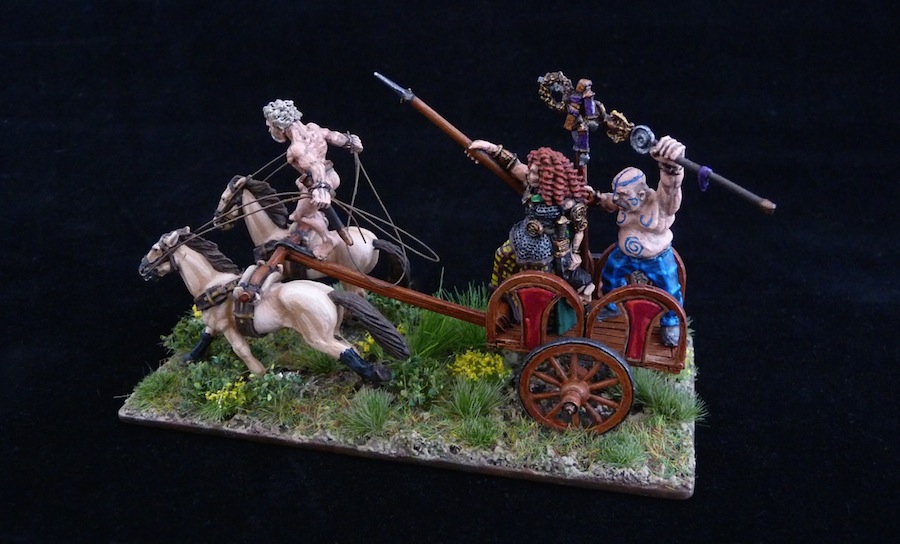 I really like the figures of the children running alongside the chariot team. I painted the dog in homage to our own little scamp Felix. 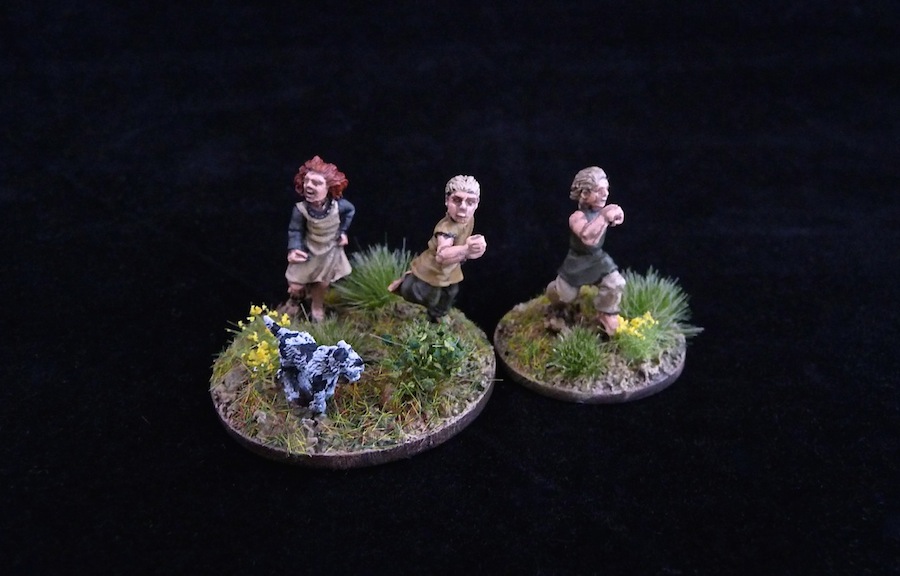 These rather daunting Celtic ladies were fun to paint as well. 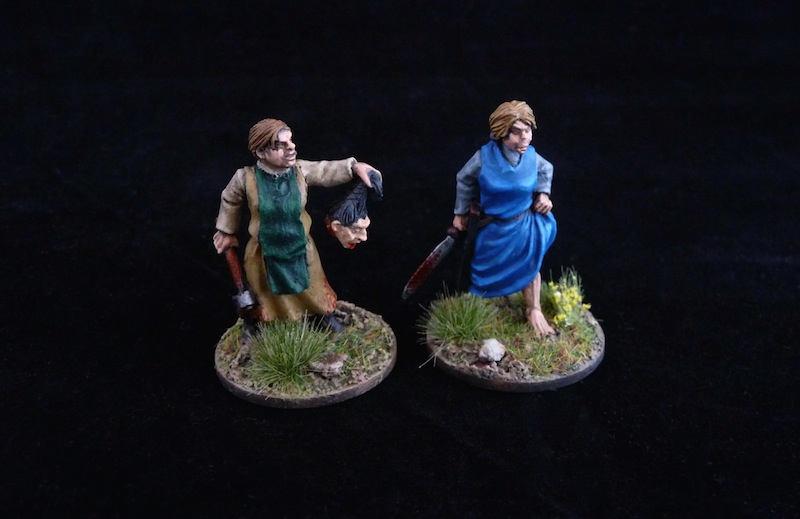 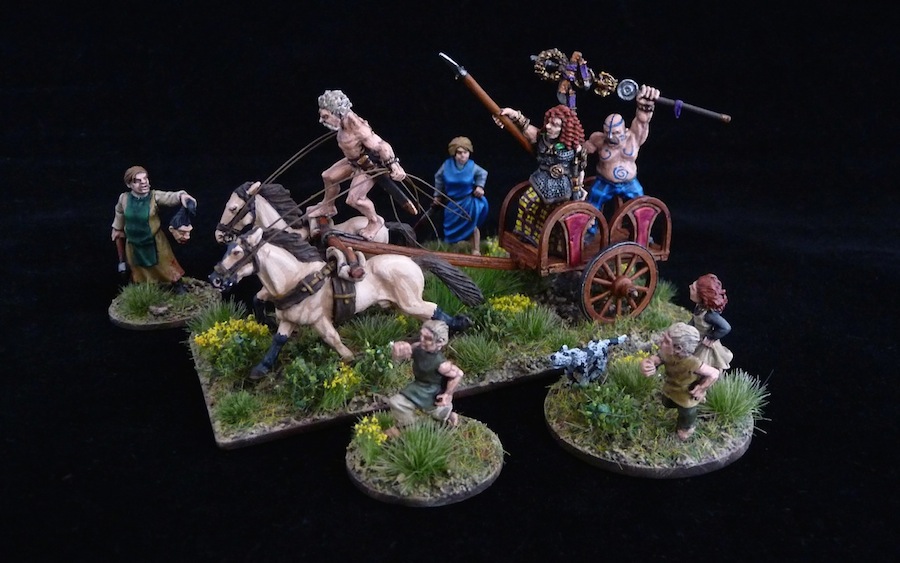 Perhaps a bit militant for International Women's Day, but sometimes a lady has to take things into her own hands to get noticed. Boudicca FTW!