This week I bring one of the optional supports of the British Airborne platoon list for Chain of Command, in the form on an airborne anti-tank battery. This is composed of a 6-pounder anti tank gun and an airborne Bren Carrier that acts as a tow. 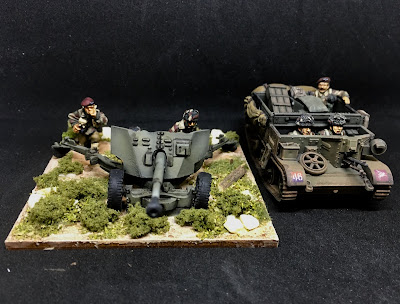 The 6 pounder batteries of the Airborne division were a key element to provide some defensive punch to the generally lightly armed infantry troops. Although less powerful that its sister the 17 pounder (also used by the airborne troops), it proved to be versatile and very effective both in the Orne battles in Normandy (June 44) and in Arnhem (September 44).
As it can be expected, they were also a priority target for the enemy. The 2 anti tank batteries at Arnhem suffered an extremely high casualty rate, as illustrated by the following numbers: the 1st Airlanding AT Battery evacuated 52 out of the 191 men that went in; in the case of the 2nd Airlanding AT Battery just a mere 37 men out of 168 re-crossed the Rhine back.
The Bren Carrier is a very nice Warlord plastic model. For the crew I replaced the heads on the front driver and gunner with 2 heads from the British Airborne plastic. For the third crew member sitting in the rear, I used a torso and head of the same box. 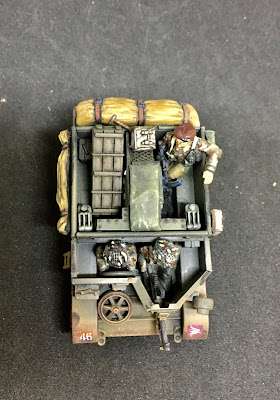 I found information about the markings in the Arhem Jim blog commented in the Scout bonus round entry post. The 46 in a blue and red square matches the numbering of the AT battery and was placed on the right fender of the vehicle; the divisional marking was located in the left fender. 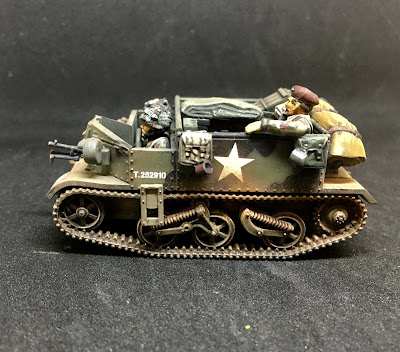 Note that the model has been painted with the Mickey Mouse camo scheme, widely used in light and transport vehicles by the British in 1944. The vehicle is loaded with a lot of stowage as (ammo boxes, jerry cans, etc) as shown in contemporary photos. 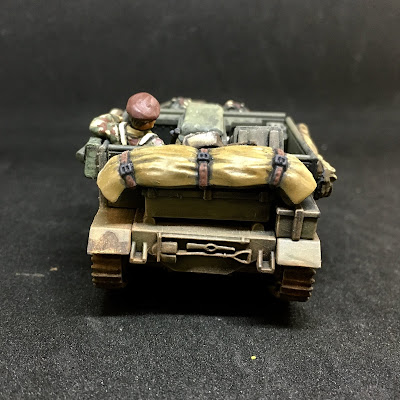 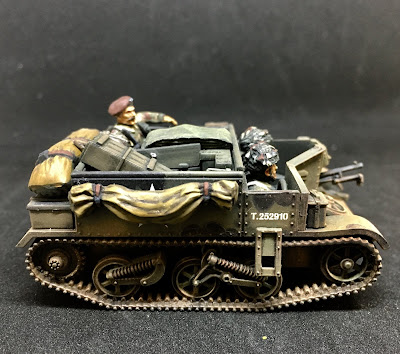 With respect to the 6 pounder, it is also a Warlord model and comes with a metal crew of three. 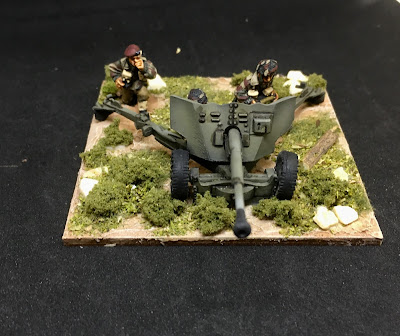 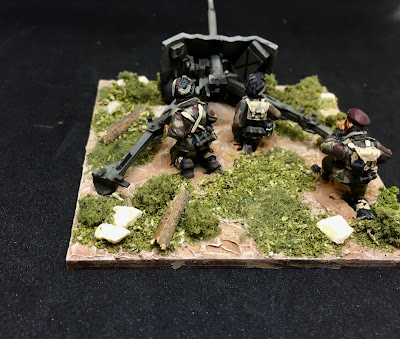 If I’ve done my maths correctly, I should receive a total of 55 points from this entry. 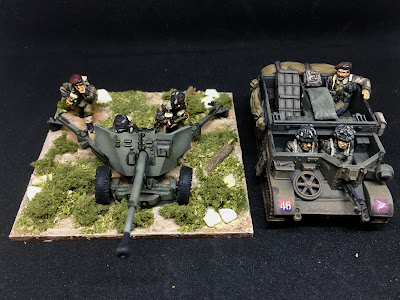 To conclude the Airborne Platoon project I’ll be painting an HMG Vickers piece, some jump-off points and a few more single infantry models. As some asked to see the full platoon displayed take a look below. It is not a good photo but you can basically have an idea.

Front left are three supports (PIAT, flamethrower and FOO). Front right is the HQ section (two senior leaders, sniper team and 2cm mortar). At the bottom the three infantry sections.
--------------------------
For the remaining of the Challenge I have decided to return to my Austrian Napoleonic project of last year, and paint some infantry and cavalry reinforcements: white over white will be a rest to my eyes after so much Denison Smock camo!!
The basing and the priming is already done so expect to see some gallant Austrian troops marching here in no time.

Well, more super paratroopers! Gorgeous camo as always and a delightful 6pdr and equally nice a splendidly weathered carrier, lovely work and yes 55 points it is and  good of you to post your force to date .
Even though I will miss your paratroopers I am now looking forward to your Napoleonic Austrians!
All the best Iain
Posted by Anibal Invictus at 5:55 am