Feels great to post these for the challenge and have another new Basic Impetus army ticked off and ready for action. I have five bases of infantry for the Late Persian army to go with the cavalry posted earlier.

First up are the mercenary Greek infantry. Here in the Basic Impetus army list I opted to have two units of hoplites. These are Wargames Foundry figures. I found these nice and simple to paint up, I wanted to have a fairly heavy look on the base and each unit has nine figures. 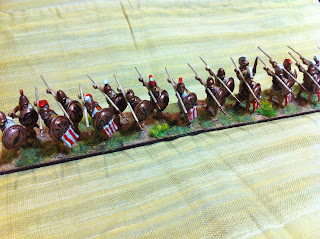 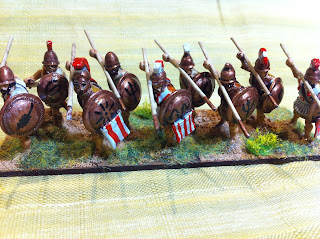 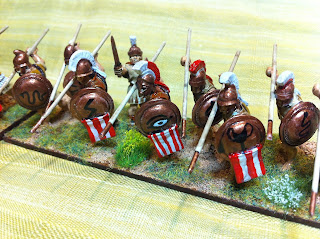 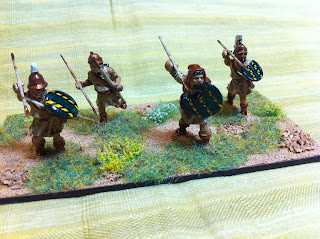 Finally I have native Persian, just two units of skirmishers. I painted these to match the cavalry units. 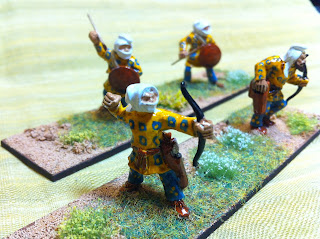 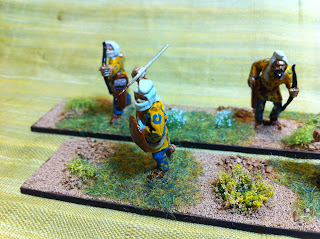 Finally just posting a shot of the whole army in its box. 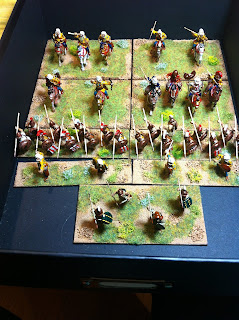 Just nine units in this Basic Impetus army - not sure how they will fare. There are some decent cavalry units and the Greek hoplites should be quite strong. My brother is painting Classical Indian and not looking forward to facing a combination of Elephants and Chariots with longbow shooter supports!

Something went awry when I was scoring this one, it appears to have been posted while I was working on it and ended up further back in time! But I've copied it and hopefully I can post it without incident.

Good to see the rest of the Great King's forces, Jez - that's a hefty 130 points for starters, but there's the little matter of the painted shields and the Persian textiles, so I am in an expansive mood and will bestow a further 20 points upon you.


Note the historically accurate portrayal there - no elaborately-curled beard, no sirree; Persepolis was one big piercing party.