This week sees me adding to my Orci Invicti army, but with something a bit different. Later Roman armies were known for incorporating warriors from conquered lands and using them as Auxilia to increase the fielded strength.  I have always liked using Bellicose foot units in Dragon Rampant, so this seemed like a perfect excuse to get some into my army. 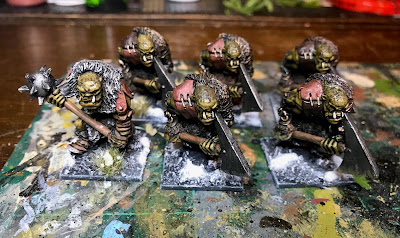 This unit of fur clad Shield Breakers is from a Hill Tribe that was recently (and violently) incorporated into the growing Orc Empire. Now they fight for something greater than their loose collection of villages. 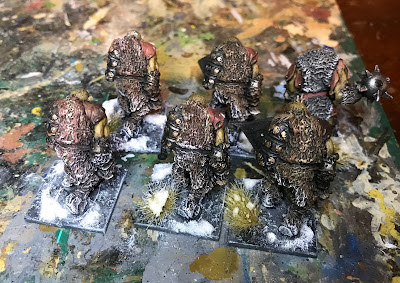 They are old Grenadier Orc "Big Uns" from the 90s - and big beefy chaps they are too weighing in at a hefty 40mm. I picked them up at a Bring & Buy at MOAB last year and really like the old, characterful sculpts. 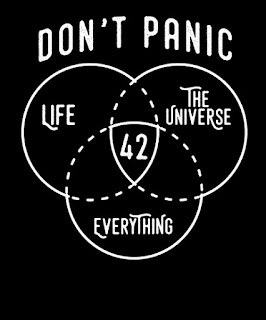 Paul, this is some beautiful brushwork on some old school (Grenadier no less) miniatures. What absolute brutes! I especially like the skin tones and how they starkly stand-out from the winter-themed groundwork. I look forward to the next instalment of this creatively themed force.