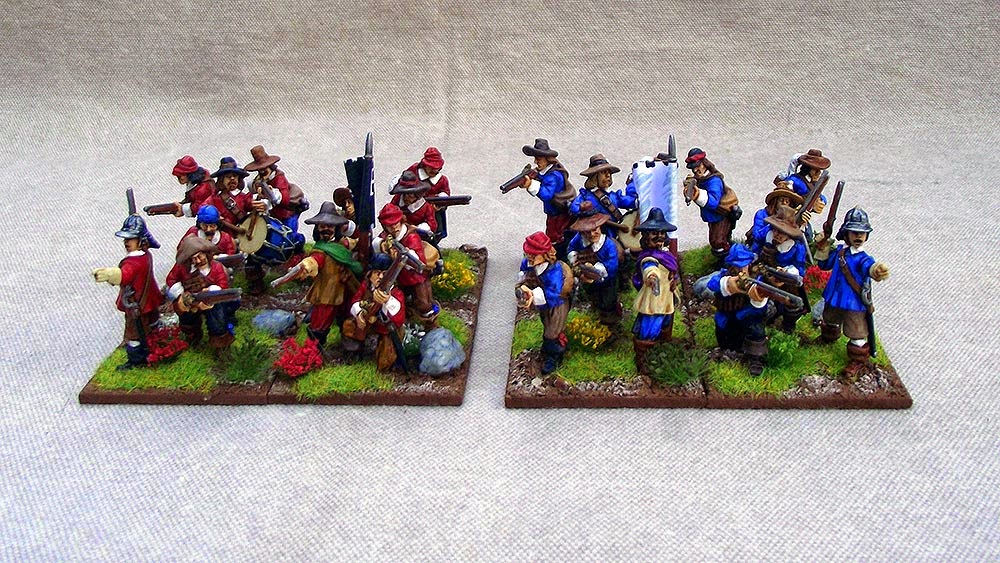 I'm off and running in this year's Challenge with some historical miniatures in 28mm scale. These are two x 12 figure units of dismounted Royalist dragoons - Sir Arthur Aston's (in red) and Colonel Henry Washington's (in blue). These are Bicorne Miniatures, although Washington's has a couple of very old school Essex thrown in to make up the numbers.

Aston's uniforms were relatively easy to research and I found a number of references to red coats. Some said red breeches as well but I've gone for a mix of neutral colours as I generally do for this period. The cornet (flag) is hand-made and painted but is something more of a guess. There are very few documented reference for dragoon flags in general and even fewer that clearly identify the regiment. What we do know is that Aston raised regiments of both horse and foot and used a white cross motif on a black background. 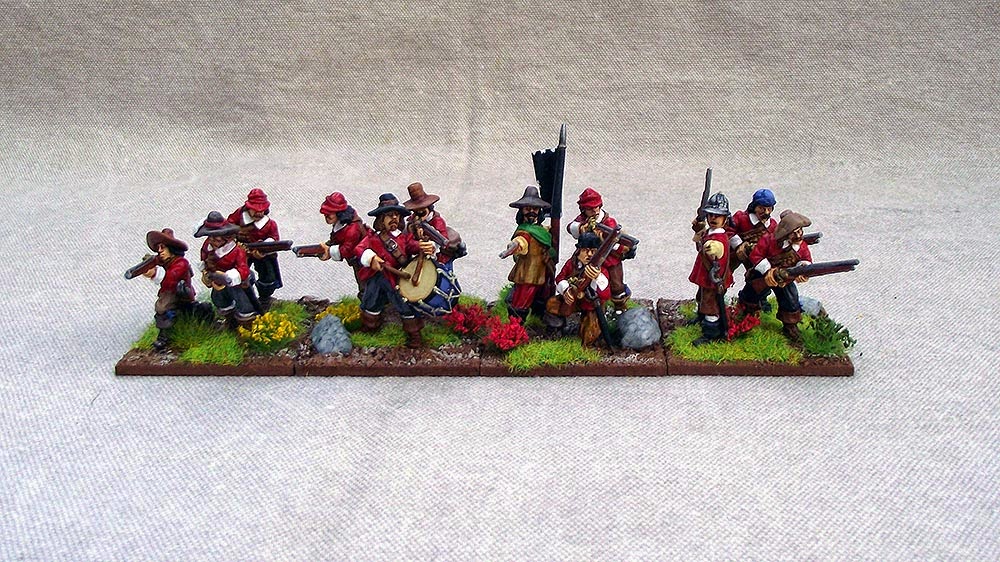 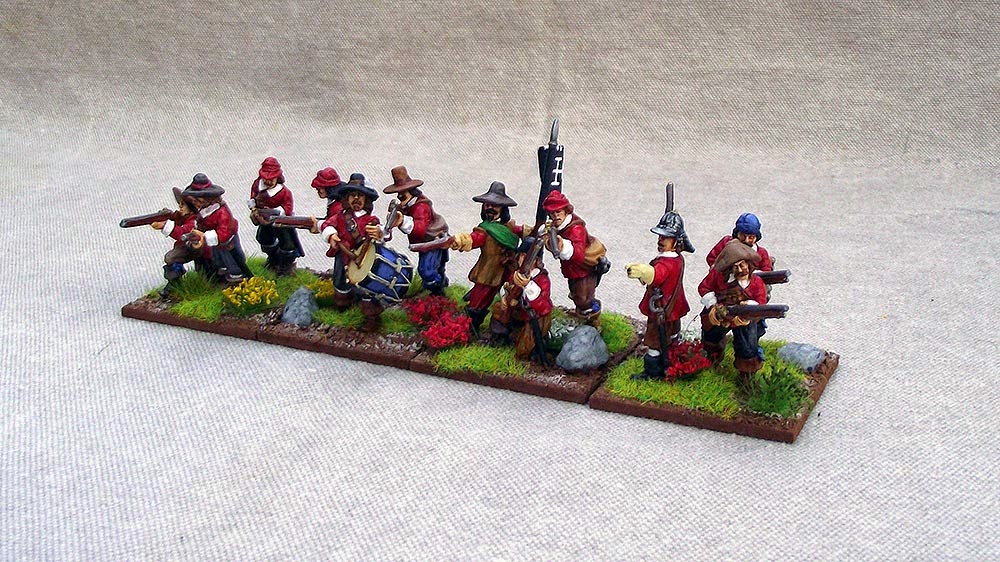 Washinton's uniforms were a much bigger issue and I found nothing at all describing colours. In the end I went with a blue which was a common colour in Royalist armies. Oddly enough the cornet was easier to find info on and I located a couple of references to a plain white colour, to which I've applied a hatched edging that was typical of many. Again this is hand-made and painted, something I do with all my ECW flags. 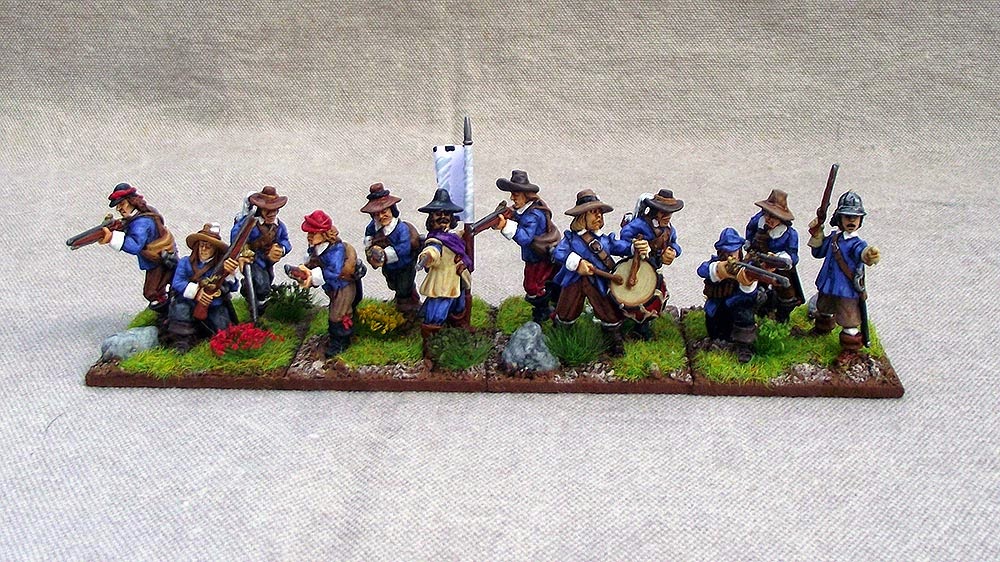 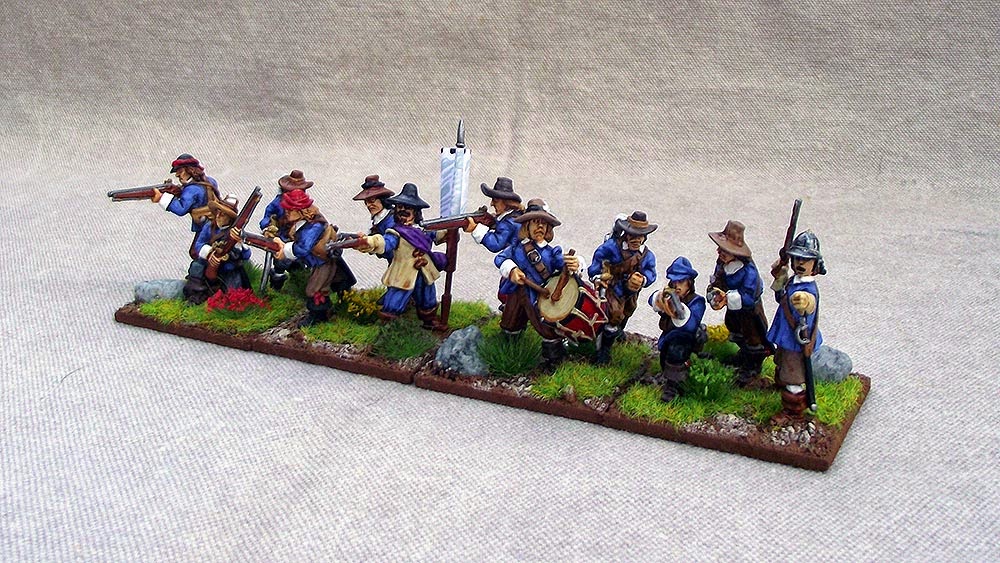 Later on in the Challenge I'll be presenting a mounted version of Aston's dragoons. Now that Renegade Miniatures are back in production I might be doing Washington's too but we'll see.


Ooh, wonderful stuff. I'm sure these horse-whallopers are a welcome addition to your growing collection, Mr. Mills. Beautiful. I love the punchy red and blue that you've gone with and the tall drums look very fine indeed.

I'm also happy to hear that Renegade is back in production. They offer some wonderfully chunky figures in their ranges.

And let's give a few more points for the hand-done flags. Great job!